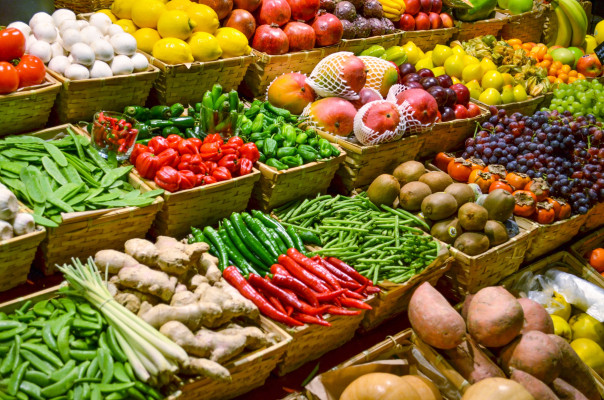 Online grocery shopping is becoming quite competitive in Paris. You can order groceries from Amazon using Amazon Prime Now. And all the traditional supermarkets are launching or relaunching services to order and receive groceries within a couple of hours — Carrefour Livraison Express, Franprix’s mobile app, etc.

But all those services aren’t necessarily designed for this kind of offering. With Franprix’s app for instance, a rider is going to pick up your groceries in the nearest store and bring them to you. With Amazon Prime Now, Amazon has a big warehouse in the North of Paris filled with Kindles, books and tomatoes.

La Belle Vie wants to focus exclusively on your groceries and optimize all the steps. It starts with a big inventory. La Belle Vie sells you basic groceries, organic stuff, meat, fish and vegetables. Last year, the company acqui-hired 62degrés to sell fresh prepared meals too.

La Belle Vie has developed all its tools from scratch, including its ERP, a warehouse management service and a delivery management service. In 2017, the startup generated $3.5 million in sales (€3 million) in sales.

With this funding round, the company plans to launch a second warehouse in Paris and new cities, starting with Lyon. But the best part is that you can order croissants without going to the boulangerie — finally a croissants-as-a-service startup.