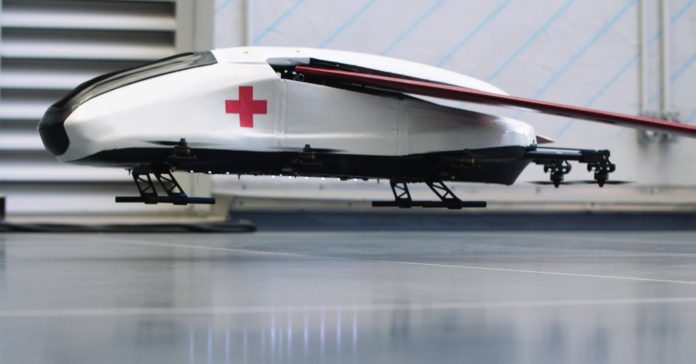 Wind is the worst. It messes up hair, it blows stuff in eyes, and most famously and rudely of all, one time it made a bridge in Washington twist and undulate until it exploded.

Alright, maybe that was the fault of the engineers, not the wind. But still, strong gusts have the potential to threaten many technologies, including a new one: drones. If you’ve ever taken a quadcopter out on a windy day, you know the struggle. Now consider that in the near future, our cities will be swarming with delivery drones—and if we don’t want them plummeting out of the skies, they’ll have to learn to survive the elements.

For that, engineers have Caltech’s fancy new drone arena, where the machines face terrifying atmospheric disturbances. While your classical wind tunnel uses one or maybe a few big fans to blast air for testing aerodynamics, this system employs a 10-foot-by-10-foot wall of nearly 1,300 CPU cooling fans, each of which can vary in its speed. “That allows us to practically simulate any kind of extreme weather, from gusts to turbulence to a vortex or a sort of mini hurricane,” says Caltech aerospace engineer Morteza Gharib.

So say you’ve got a one-fifth scale model of the drone ambulance you’re developing, which of course Caltech has. The idea being to reach people in forest fires or mudslides, then transport them five or six miles away, thus keeping pilots out of harm’s way.

Given the preciousness of the cargo, you’re going to want a smooth ride. As with a full-size rescue helicopter, a traditional quadrotor has to tilt forward to accelerate. Not ideal for the comfort of the patient. This tilting also creates a lot of vibration. Also not ideal. So Caltech researchers are opting for a hybrid design that can lift off and land vertically like a helicopter, yet cruise nice and level like a plane, thanks to fixed wings.

Obviously engineers know how fixed-wing aircraft and helicopters work in a wind tunnel. But a hybrid design, that’s more intricate. “When you put them together as a system, it has not been tried before—it’s a very novel design in that respect,” Gharib says. “So this wind tunnel allows us to expose this machine to extreme weather.”

Oddly enough, you can find some of the most extreme weather conditions in cities. If you’ve ever walked among skyscrapers and thought it was needlessly gusty, you’re not crazy. It’s thanks to a phenomenon called the Venturi effect, in which winds that are constricted to, say, the space between buildings, end up accelerating. (Try this home with a fan and a cardboard box.)

Those atmospheric dynamics are going to run smack into future fleets of delivery drones. It’ll be tough enough for engineers to figure out a system that keeps drones from a bunch of different companies like Amazon and Google from colliding. (Don’t worry, NASA’s working on it.) But gusts of wind will complicate that communication—what happens when an unanticipated swoosh blows a drone into a building, or another drone? That’s why engineers have to use wind tunnels like Caltech’s to better understand how different wind conditions affect these vehicles individually, and as a group.

And if you think that sounds tough, wait until you try flying on Mars. In addition to its terrestrial experiments, Caltech is working with NASA to test a Mars helicopter, which could accompany future rovers as a scout. The idea is to test in the drone arena, then do further testing in a vacuum chamber to simulate the thinner atmosphere of Mars. “Of course we cannot change gravity,” says Gharib, “but we can test whether this machine can fly in much thinner air,” he says.

The future of flight both at home and far, far abroad is taking shape in the Caltech drone arena. Take that, wind.

Amazing Book Sculptures — Can These Sculptures Bring Your Interest Back...

GizmoCrazed - May 19, 2012 0
In this digital age, e-Books are IN and the paper based books are OUT. Nobody is going to pore over inches-thick heavy books, when...

Watch SpaceX Launch Its Resupply Mission to the ISS