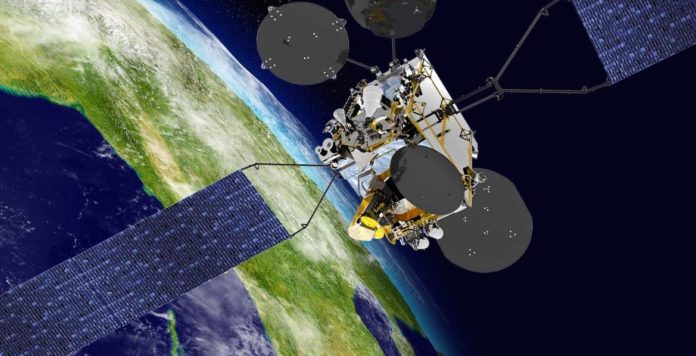 Today brings historic firsts for both SpaceX and Bangladesh: the former is sending up the final, highly updated revision of its Falcon 9 rocket for the first time, and the latter is launching its first satellite. It’s a preview of the democratized space economy to come this century.

Update: Success! The Falcon 9 first stage, after delivering the second stage to the border of space, has successfully landed on the drone ship Of Course I Still Love You, and Bangabandhu has been delivered to its target orbit.

You can watch the launch below:

Although Bangabandhu-1 is definitely important, especially to the nation launching it, it is not necessarily in itself a highly notable satellite. It’s to be a geostationary communications hub that serves the whole country and region with standard C-band and Ku-band connectivity for all kinds of purposes.

Currently the country spends some $14 million per year renting satellite time from other countries, something they determined to stop doing as a matter of national pride and independence.

“A sovereign country, in a pursuit of sustainable development, needs its own satellite in order to reduce its dependency on other nations,” reads the project description at the country’s Telecommunications Regulation Commission, which has been pursuing the idea for nearly a decade.

It contracted with Thales Alenia Space to produce and test the satellite, which cost about $250 million and is expected to last at least 15 years. In addition to letting the country avoid paying satellite rent, it could generate revenue by selling its services to private companies and nearby nations. 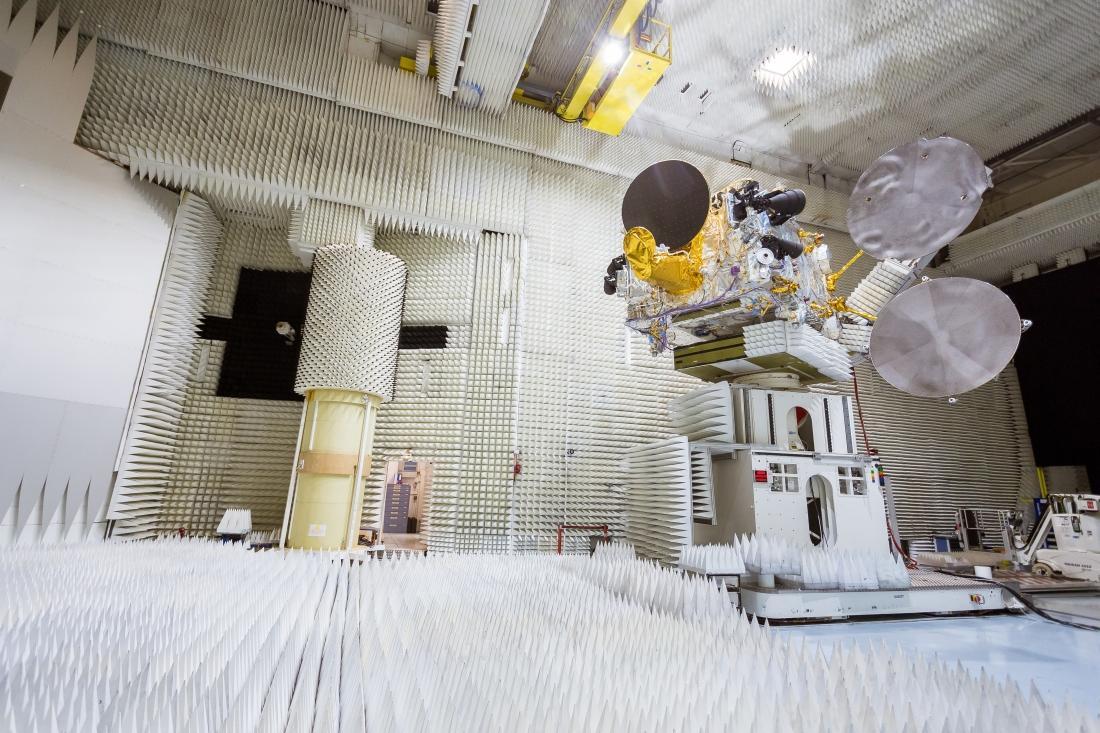 Bangabandhu-1 in a Thales test chamber.

“This satellite, which carries the symbolic name of the father of the nation, Bangabandhu, is a major step forward for telecommunications in Bangladesh, and a fantastic driver of economic development and heightened recognition across Asia,” said the company’s CEO, Jean-Loïc Galle, in a recent blog post about the project.

Bangabandhu-1 will be launching atop a SpaceX Falcon 9 rocket, but this one is different from all the others that have flown in the past. Designed with crewed missions in mind, it could be thought of as the production version of the rocket, endowed with all the refinements of years of real-world tests.

Most often referred to as Block 5, this is (supposedly) the final revision of the Falcon 9 hardware, safer and more reusable than previous versions. The goal is for a Block 5 first stage to launch a hundred times before being retired, far more than the handful of times existing Falcon 9s have been reused.

There are lots of improvements over the previous rockets, though many are small or highly technical in nature. The most important, however, are easy to enumerate.

The engines themselves have been improved and strengthened to allow not only greater thrust (reportedly about a 7-8 percent improvement) but improved control and efficiency, especially during landing. They also have a new dedicated heat shield for descent. They’re rated to fly 10 times without being substantially refurbished, but are also bolted on rather than welded, further reducing turnaround time.

The legs on which the rocket lands are also fully retractable, meaning they don’t have to be removed before transport. If you want to launch the same rocket within days, every minute counts.

Instead of white paint, the first stage will have a thermal coating (also white) that helps keep it relatively cool during descent.

To further reduce heat damage, the rocket’s “grid fins,” the waffle-iron-like flaps that pop out to control its descent, are now made of a single piece of titanium. They won’t catch fire or melt during reentry like the previous aluminum ones sometimes did, and as such are now permanently attached features of the rocket.

(SpaceX founder Elon Musk is particularly proud of these fins, which flew on the Falcon Heavy side boosters; in the briefing afterwards, he said: “I’m actually glad we got the side boosters back, because they had the titanium fins. If I had to pick something to get back, it’d be those.”)

Lastly (for our purposes anyway) the fuel tank has been reinforced out of concerns some had about the loading of supercooled fuel while the payload — soon to be humans, if all goes well — is attached to the rocket. This system failed before, causing a catastrophic explosion in 2016, but the fault has been addressed and the reinforcement should help further mitigate risk. (The emergency abort rockets should also keep astronauts safe should something go wrong during launch.)

The changes, though they contribute directly to reuse and cost reductions, are also aimed at satisfying the requirements of NASA’s commercial crew missions. SpaceX is in competition to provide both launch and crew capsule services for missions to the ISS, scheduled for as early as late 2018. The company needs to launch the Block 5 version of Falcon 9 (not necessarily the same exact rocket) at least 7 times before any astronauts can climb aboard.

Android Gains Up On Apple’s Tablet Market Share, Thanks To Kindle...

New Satellites Will Use Radio Waves to Spy on Ships and...