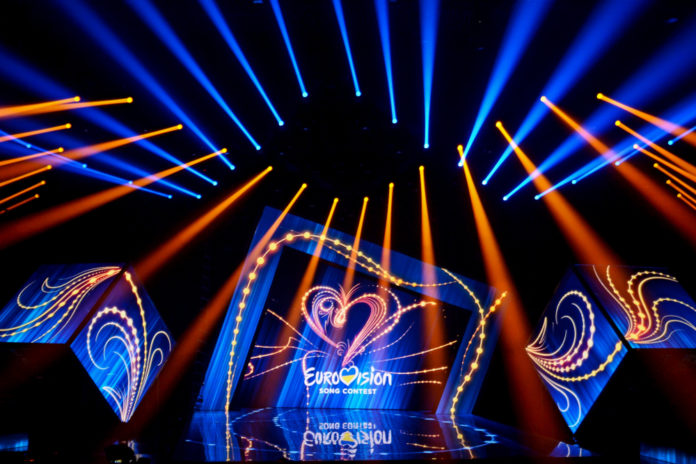 This just in: Europe is stealing life satisfaction from the U.S.

No, it’s got nothing to do with immigrants or trade tariffs; it seems that the dastardly Europeans are denying us our happiness through an even more insidious channel: The power of song.

Well, I doubt it’s a coordinated effort to rob us of well-being, but a recent study in the journal BMC Public Health did finds that doing well in the Eurovision Song Contest (which America, by definition, can’t participate in) was correlated with a small but significant boost in life satisfaction for European countries. Eurovision, of course, being the hugely popular annual musical competition no one in America has ever heard of until now. Think of it like American Idol, but everyone’s from a different country.

Take A Chance On Me

Every country in Europe (and Australia, because, why not) gets to send a single musical act to the big show, and they must perform an original song. European residents get to vote for any nation that’s not theirs, and they, along with a panel of expert judges from each country, determine the winner. Past winners include ABBA, Celine Dion and a bunch of people who’ve been largely forgotten over more than half a century of contests. The competition is being held in Lisbon this year, and the finals are set to air May 12.

It’s a pretty big deal, and honestly sounds like a lot of fun, but now researchers from Imperial College London say that doing well in the competition could actually hold benefits for entire nations. Using data on 160,000 people from 33 countries surveyed for the Eurobarometer study, the researchers found that people from countries that did well in the contest were more likely to say they were satisfied with their lives. And, even those countries that lost were more likely to have satisfied people than countries that didn’t take part (like America).

Increasing a country’s standing by 10 places meant that people were about four percent more likely to say they were satisfied, the researchers say. So, not a lot, but a significant finding nonetheless. Winning itself didn’t seem to affect happiness much though, it was more about overall standing.

Thank You For the Music

It’s a finding that gels with some previous research into major national events. In America, for example, the best corollary to Eurovision might be the Super Bowl, and studies have found an increase in workplace productivity in winning states, though some studies disagree. A similar study in Germany found an increase in life satisfaction during the 2016 European soccer championships — the German team placed third that year.

And it’s pretty easy to understand why this might be the case, too. Large events like this bring help to foster feelings of unity and inclusion. Furthermore, doing well should instill a sense of pride in a nation’s residents. The researchers also suggest that the contest gives Europeans something positive to talk about, and might distract from more negative things.

There’s a downside to these kinds of positive national experiences that the researchers don’t really mention though: They’re short-lived. The researchers’ data was gathered in May and June, or during and right after the Eurovision contest, but we don’t see if these increases in satisfaction lasted. As other studies have shown, spikes of happiness following a big national event vanish pretty quickly. Winning Eurovision is nice, but, as with most of the musicians who are crowned victorious, the glow only lasts for a brief time. Taken in the long run, the little boost European nations get from winning probably averages out to almost nothing.

Indeed, it is other things, like good governance, healthcare systems, GDP and education levels, that truly make a difference in determining a nation’s well-being over time. That doesn’t mean that art and culture don’t contribute to happiness as well, but transient events like Eurovision aren’t likely to make much of a difference.

Although, on a personal level, I’d be very curious to see whether having good music relates at all to life satisfaction. Maybe that’s why Sweden has such a high life expectancy.