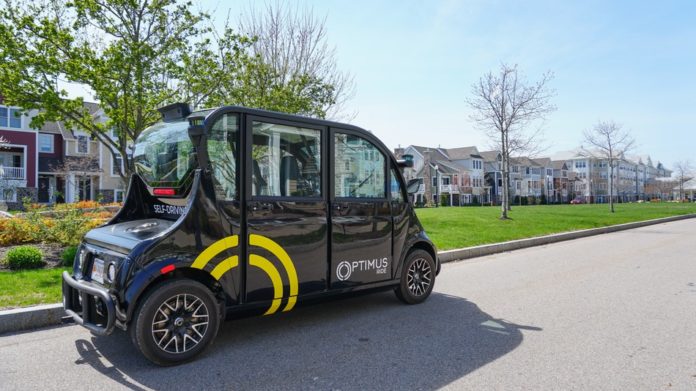 Shared autonomous vehicles, self-driving buses, driverless shuttles — whatever you call them, these vehicles are beating autonomous cars to the road.

While companies like Waymo, GM’s Cruise, Lyft, Uber, Baidu, Tesla, and others continue testing personal vehicles that can drive themselves, others are focusing efforts away from personal transit options and seeing how autonomous tech can move crowds at school campuses, residential communities, office parks, business districts, and event spaces.

That’s why these shared vehicles are more appealing within the industry — in more controlled, predictable, contained environments computer-controlled vehicles have more of a chance of staying on course and getting to the destination without any issues. That college campus in Florida only has so many busy intersections and complicated turns for a vehicle to track and navigate.

One of the earlier self-driving shuttles was Navya’s downtown Las Vegas service. Debuting (fittingly) at the electronic show CES in 2017, the service was an early entrant in the goal of moving small groups of people without a driver. It’s only a yearlong trial, but the vehicles are on the road — however there’ve been a few bumps.

In Frisco, Texas, Driva.ai will provide driverless shuttle service starting this summer. The service will offer employees and residents in certain buildings in town a free ride ordered on a mobile app. The sensor- and camera-filled Nissan NV200 vans were demoed this month and will continue testing routes in the Texas city until the six-month trial begins in July.

Drive.ai’s head of business strategy, Conway Chen said in a phone call that the company wanted to deploy something on public roads and honed in on a tight, geofenced area. The Texas community with limited transportation options was a good fit — and had accepting city officials willing to allow testing.

“This is the perfect use case for this,” Chen said. 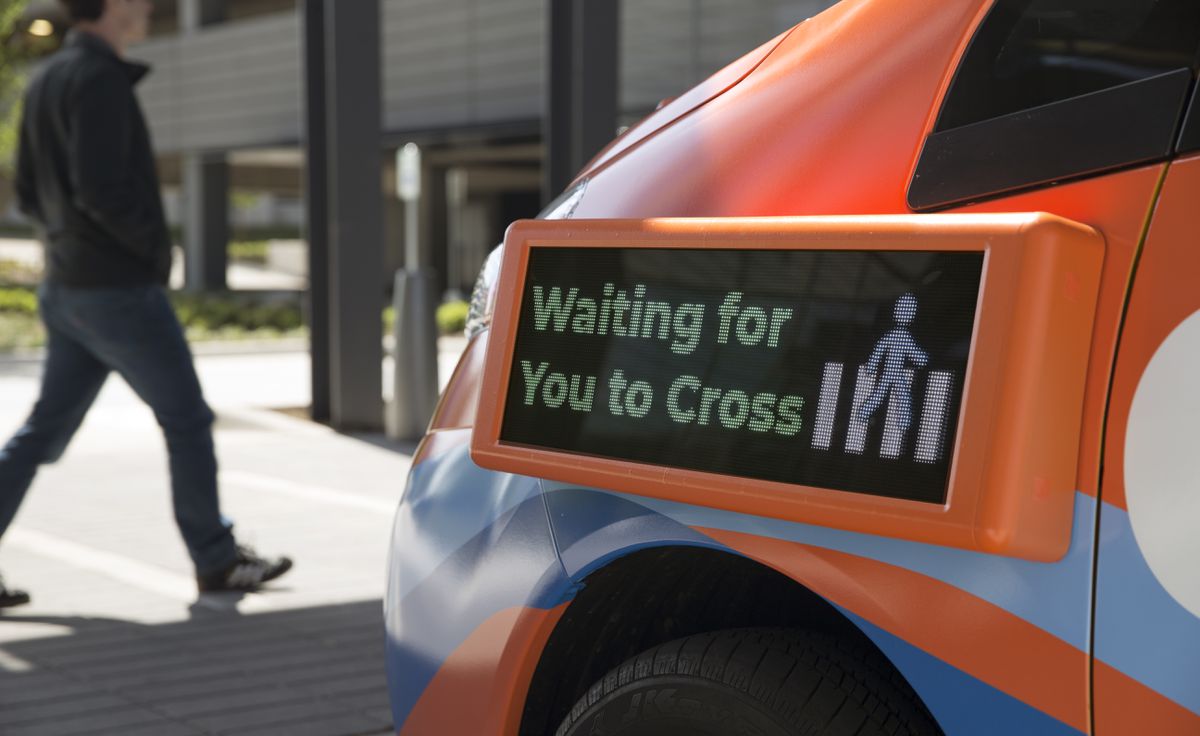 The bright orange vans stick out — and that’s the point. Chen said they aren’t supposed to blend in. Communication panels help pedestrians and fellow drivers interact with a car that’s unmanned. To begin, a safety driver will sit in the front seat. During the course of the six-month trial they’ll move to the passenger seat.

“It can be really jarring to simply be in there by yourself,” Chen said, commenting on passenger expectations of vehicles and public perception of autonomous vehicles.

“We’ve long believed this kind of approach is the fastest, most efficient, safest way,” the MIT spin-off startup’s co-founder Sertac Karaman said in a phone interview about driving vehicles in places like office parks and university campuses.

He brought up “data density,” the concept that for one square mile you get a lot of information and experience “very rapidly and quickly.” The vehicle isn’t driving many other places — just the same area over and over and over again. Machine learning thrives in this type of environment.

Union Point is a mixed-use community in Massachusetts that Optimus Ride is testing its shuttle program as part of a “smart city” environment. He predicts more developments like this will be designed from the ground up to be “self-driving ready,” Karaman said.

The list of autonomous shuttles popping up in communities, office parks, and campuses is growing — over the past few months services have popped up or been announced for testing, with plans to be eventually implemented.

Earlier this year I rode in what is the first shared autonomous vehicle allowed to ride on public roads in California. We drove in the EasyMile shuttle at a Bay Area office park — and it was the safest, slowest, most boring ride ever. This was the perfect situation of a shuttle to operate: limited traffic, consistent road markings, and little excitement.

The shuttle fits up to 12 people with six seats and is programmed on a route intended for business park employees coming to and from the office.

Abroad in the UK, Paris, Australia, and Singapore  similar trials with autonomous shuttles are in the works or already testing on roads.

University campuses are also a popular location for driverless shuttle service. Test rides and pilot programs are planned for Texas Southern University and University of Wisconsin at Madison. Other communities like Gainesville, Florida are gearing up for a three-year pilot program with autonomous shuttles riding from a park to the University of Florida campus.

A new development in Atlanta will include an driverless shuttle on a path connecting riders to a nearby public transit station.

Fisker, the California-based electric vehicle company, is developing an electric autonomous shuttle service on its Fisker Orbit. On a geofenced route the steering wheel-less vehicle can carry 12 people. The company expects to have a prototype by the end of the year and start producing roughly 2,000 vehicles in 2019. The base price is expected to be below $250,000.

CEO Henrik Fisker said in an email the company has found several locations for the vehicles to operate, but isn’t announcing where yet. The company said the Fisker Orbit is best suited for corporate campuses, college campuses, airports, city centers, resorts, and parks. Sounds familiar. 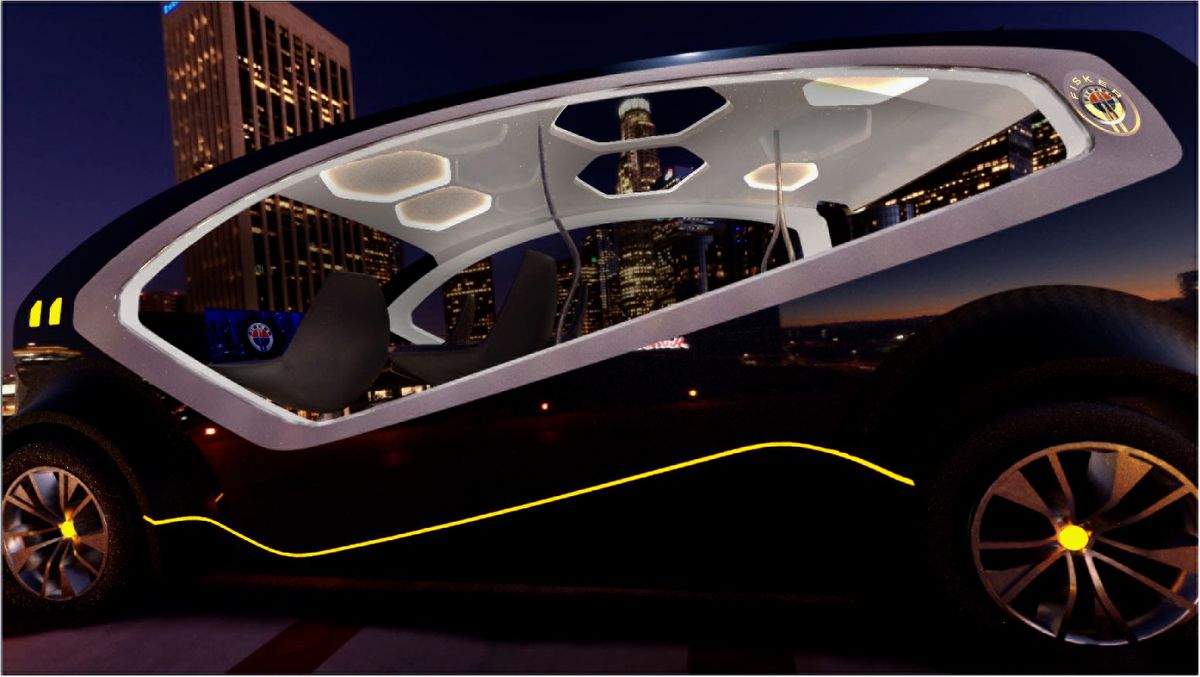 To Karaman these environments make sense to use autonomous shuttles: speeds tend to be more manageable in the 25 to 35 mph range and the “environmental complexity” is nothing compared to the overwhelming traffic conditions of a city like San Francisco or Manhattan.

And when human behavior is routine, predictable, and consistent like the route from the fitness center to the grocery store in a retirement community, shared autonomous vehicles can pull in. 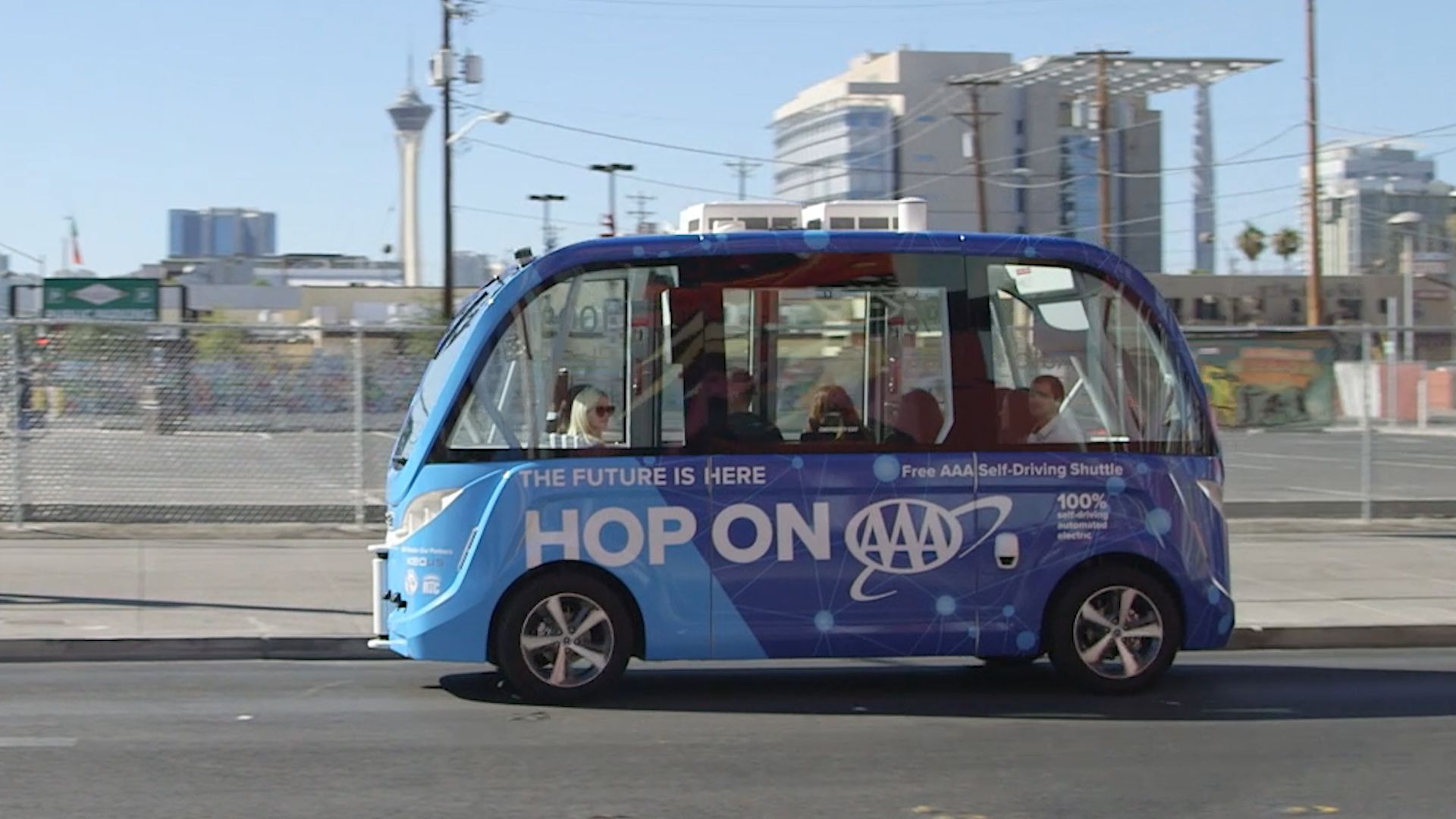