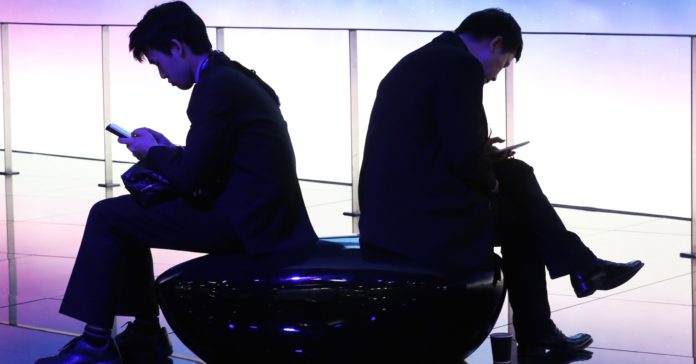 After hearing the questions Facebook CEO Mark Zuckerberg faced before members of Congress last month, you’d be forgiven for thinking some legislators had never so much as heard of the internet. (Pardon the snark, but South Carolina senator Lindsey Graham’s “Is Twitter the same as what you do?” still gives us the vapors.) And yet, recent signs suggest America’s lawmakers aren’t completely clueless about the growing concern over tech giants and their influence.

Last week, senators Brian Schatz and Michael Bennet of Hawaii and Colorado, respectively, sent a letter to the National Institutes of Health that asks what science has to say about tech addiction, the impact of social media on society, and technology’s effects on young minds. “Congress has a vital role to play on matters of public health, but we should legislate on the basis of sound and solid evidence,” Bennet wrote in an email. “This is a first step in that effort.”

The senators gave the NIH until June 15 to provide a brief response to a series of questions, including: “Is there consensus in the scientific community on whether our society is becoming addicted to technology?” But we don’t have to wait for the NIH’s replies to know that they will be frustratingly vague. The hard truth is that consensus does not exist, and likely won’t for some time. Political interest—and political capital—could speed things up by spurring the research congress needs to decide whether and how to draft evidence-based policies. But for now, the evidence-half of the equation is sorely lacking.

“We just don’t have the data,” says University of Connecticut psychologist Nancy Petry, who is leading the first NIH-funded study on technology addiction. The investigation, which only began last year, is still in the participant-recruitment phase, but will eventually center on the diagnosis and treatment of gaming addiction in teens and young adults. Of the many conditions subsumed by the umbrella of technology addiction, Petry says gaming is the one researchers know the most about.

Which is to say: Not enough. As a member of the American Psychiatric Association Workgroup on Substance Use and Related Disorders, Petry chaired the subcommittee on non-substance-use addictive disorders for the fifth—and most recent—edition of the Diagnostic and Statistical Manual of Mental Disorders. She also wrote the text that introduced internet gaming disorder into the manual’s research appendix. At the time, in 2013, her group concluded there was insufficient evidence to list gaming addiction as a formal disorder. Half a decade later, Petry says evidence is still lacking, and that the scientific backing for other technology-related ills—societal, individual, developmental, or otherwise—is sparser still.

It’s therefore safe to assume that the answer to several of the senators’ other questions will be muddy at best. What are the public health effects of social networking apps that are purposefully designed to maximize user engagement? What are the public health consequences specifically on children and adolescents? Scientists just don’t know. To an invoke an overused—but, in this case, wholly appropriate—phrase: More research is necessary. A lot more.

Yes, you say, but doesn’t that mean technology addiction could be a problem, and we just don’t know it yet? Certainly—although the experts I’ve spoken with tell me they believe it affects a dramatically smaller percentage of the population than society’s colloquial use of the term implies. Regretting the time you spend on Instagram does not a clinical diagnosis make.

Fine, you say, but doesn’t technology affect society—including its young wards—in ways that fly below the radar of psychiatric diagnosis? It seems likely. But identifying technology’s various effects empirically will be onerous and time consuming—a fact that leads Petry to laugh at another of the senators’ questions: “How does the increased use of technology affect child development?” Even within the relatively contained realm of video games, she says, “it’s just such a broad question.” (How do different games affect kids of different ages in different contexts? Do you want to study gaming’s effects on Attention? Impulsiveness? Aggression? What about positive qualities like teamwork and problem solving? We know that the total time kids spend playing video games is, on its own, is a poor proxy for their overall well-being—so how do you even quantify their type and quantity of exposure?) Expanding its scope to include something with as many potential uses as Facebook, Twitter, or YouTube—let alone your smartphone as a whole—pushes the inquiry to borderline absurd levels of vagueness.

It’s easy to get discouraged, but none of this is meant to suggest that scientists shouldn’t investigate technology’s psychological, social, and developmental impacts. If anything, they should study them more intensely. In their letter, the senators also ask: Have there been independent scientific analyses on the psychological effects of certain mobile application features? (Answer: Yes, but not enough), and Are technology companies and app developers providing sufficient data? (Answer: Almost certainly not).

What they do highlight is another set of hard truths: Science moves slowly. Technology moves fast—too fast, at times, for legislators to draft evidence-based policy.

Which is why the senators’ final question is in fact the most pressing and interesting of the bunch: “What gaps exist in our understanding of technology and its influence on child development?” Those gaps, of course, are manifold. But the inquiry puts the NIH in a unique position to identify and begin filling the ones they see as most urgent by directing research, requesting funding, and shedding the first, dim light on a path for policymakers—a path they might have to walk, for now, by the subjective glimmer of common sense.