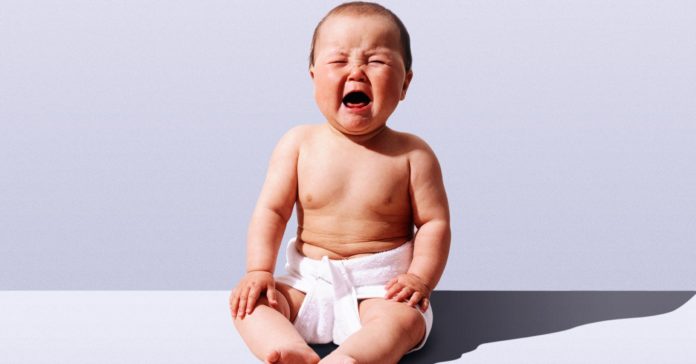 When Ariana Anderson had her first child, she was as clueless as any new parent about how to interpret her infant’s cries. Every wail, every sob sounded an urgent alarm to her postpartum brain. But by the time Anderson’s third kid came along, the UCLA computational neuropsychologist realized she had become fluent in baby. Her ear had learned which sounds meant “feed me!” which ones were “change me!” and which ones signaled something more serious: pain. Anderson wondered if she could train an algorithm to do the same thing.

Five years, thousands of howls, and more than 1,700 babies later, Anderson’s AI-powered translator is here. Called Chatterbaby, the free app analyzes changes in frequency and patterns in the sound to silence ratio to tell parents why their kiddo is crying. For now, the app’s got a pretty limited vocabulary—it can pick out hungry from fussy from pained. But the more people use it, the more it will be able to say about what’s going on in the infant brain.

You see, Chatterbaby isn’t just an app designed to help parents, be they deaf, or new, or just overwhelmed and underslept. It’s also a massive data-collecting tool to see if irregularities in cry patterns could carry signals about autism—and perhaps one day, diagnose it.

The seeds of neurodiversity are sown from the first moments a child’s brain begins developing. But it often takes years for children who fall along different parts of the autism spectrum to be identified, especially in communities historically disenfranchised by the medical research establishment. While everyone is different, doctors and educators agree that the earlier kids can be encouraged and accommodated according to their unique needs, the more they’ll thrive in a neurotypical world.

“We’re trying to bring the lab to the participants where they are,” says Anderson, pointing out that most autism research has been conducted in white, socioeconomically advantaged populations. Meanwhile, children of color are typically diagnosed with autism one to two years after their white peers. “Addressing these health disparities starts with having better data,” says Anderson.

That’s where Chatterbaby comes in. In order to use the app, parents have to sign a research consent form. That allows UCLA to collect and store deidentified audio files recorded through the app on its HIPAA-compliant servers. Users are also asked to fill out surveys that help identify infants more likely to be developmentally divergent. Behaviors like gaze aversion and head-banging can provide clues. And because of genetic contributions, having a first-degree relative on the autism spectrum also increases those chances.

These surveys will be administered every year until the child turns six. Online screening tools are also available through the app for kids older than two, so concerned parents can follow up with their pediatricians. And all of Chatterbaby’s content will be availble in both English and Spanish. Anderson’s team plans to combine all this data with the audio files to build a machine learning model capable of predicting different kinds of autism from cries alone.

It’s an ambitious goal. Autism researchers like Stephen Sheinkopf, a psychologist at the Brown University Center for the Study of Children at Risk, have shown there are strong neurological clues embedded in cries, particularly in acoustic features like pitch, energy, and resonance, which can be visualized and quantified through specialized software. But those clues probably aren’t enough to piece together a diagnosis, he says. More likely will be a combination of vocal, behavioral, and other kinds of physiological data all feeding into one model. “That’s where AI and machine learning can have really great value, in integrating these disparate pieces of information that might otherwise be hard to make sense of,” he says.

But even if you could do it, Sheinkopf cautions against the efficacy of pushing an autism diagnosis into infancy, when the specifics of a child’s abilities and challenges are still far from known. “Misidentifying false positives is not risk-free,” he says. “We’re talking about changing a way a parent thinks about their child and interacts with them, which in and of itself can influence their development.” With research about how to best help neurodiverse kids flourish already lagging far behind the field of AI-based autism detection, and access to the resources that are available unequally distributed through society, algorithms won’t be enough to democratize good outcomes. But they might be a start.

The Algorithm Will See You Now