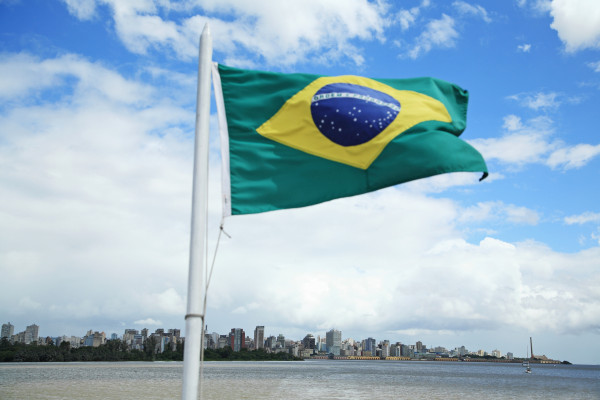 Manoel Lemos is a managing partner of Redpoint eventures, the Brazilian-focused arm of the Silicon Valley venture firm Redpoint.
More posts by this contributor

Startups in Brazil, Latin America’s largest entrepreneurial ecosystem, are no longer solely focused on Brazil as their only frontier to conquer. Based on conversations with founders and in tracking the news, dozens of startups born in Brazil have realized they can compete on a global scale and expand their companies quickly by exporting their business models to other regional markets around the world, including Canada, Colombia, Europe, Japan, Mexico, the U.K. and the U.S.

Traditionally, many Brazilian startups have been content to focus on growing their revenues and market share on the “Ilha de Santa Cruz” (Island of the True Cross, as Brazil was named by a Portuguese sea-captain in 1500). There is plenty to feast on here with a growing middle class, the citizens’ voracious appetite for social and digital media consumption and a population of nearly 211,000,000. More so than other major entrepreneurial centers, Brazil’s founders are known for bootstrapping early-stage companies and avoiding global expansion, as the capital can be costly and lead to a dilution in shares in their startups.

Yet, as the country that is home to the world’s eighth largest economy slowly pulls out of a long recession with its first annual uptick in GDP last year, increasingly the “Brazilians are coming” to compete in more international markets — and more rapidly than ever before. Entrepreneurial expansion outside the country is on the rise as the startup ecosystem becomes more mature, and against a backdrop of unprecedented levels of global investment coming into Brazil from China, Japan, Europe, Silicon Valley and beyond. Indeed, international investment in LatAm startups has “more than doubled since 2013.”

Another trend that’s providing more Brazilian companies with the capital needed to fuel their global expansion is the “flurry of equity deals” during the first part of 2018, “ahead of the presidential elections in October that are expected to prompt volatility in the markets,” according to Bloomberg Markets. For example, NYSE’s biggest IPO since Snap earlier this year raised nearly $2.3 billion for Brazilian fintech PagSeguro (NYSE:PAGS), a payment processing company similar in business model to Jack Dorsey’s Square. It was the largest IPO of a Brazilian company since 2011.

Brazil’s export of fast-growth startups is on the rise

There has been a growing stream of Brazilian startups that have begun to shift focus to the U.S. during the last two years. Mosyle, founded in 2012 by Alcyr Araujo, is now based in the U.S. and used in more than 4,000 schools to help ensure that kids’ mobile device experiences are fun, safe and educational with more parental and teacher involvement.

Pipefy, which announced $16 million in Series A funding last month and was originally based in Curitiba, Brazil, has recently relocated its global HQ to San Francisco. More than 8,000 companies in 146 countries around the world use its operations-excellence platform today.

Similarly, PSafe, a mobile security, privacy and performance platform company, moved its global headquarters to San Francisco last August and now has more than half of its revenues from the U.S.

A fast-growth Brazilian startup called Gympass, which offers a corporate benefit plan to keep employees fit and healthy, has quietly grown into a global business in less than six years. Born in the country that places second in overall number of gyms, Gympass lets a company’s employees make unlimited visits to a growing network of multiple gyms and pay less than half the normal monthly fee. Last month, the company announced its launch in 12 key markets in the U.S., adding 3,000 new workout facilities to its global network of 30,000. Its corporate partners include Accenture, Deloitte, Metlife, PayPal and P&G.

The spirit of entrepreneurism in Brazil is as infectious as its natural resources are vast.

Belo Horizonte-based Hotmart, a comprehensive platform to sell digital products like e-books, online courses and software that was founded in 2011, has expanded into Europe, including opening new offices in Madrid, Paris and the Netherlands. It’s also expanded into Colombia.

São Paulo-based Movile, a leader in mobile marketplaces with a big dream of making life better for a billion people through mobile apps, has seen tremendous growth since its founding in 1998. It now employs more than 1,500 people and impacts the lives of more than 100 million people around the globe. Its food-delivery market, iFood, is now booming on all continents, and Naspers and the fund Innova Capital invested a new $82 million round last December, with a singular focus on growing iFood’s market share.

Since its foundation, Movile has raised more than $250 million to accomplish more than 20 mergers, acquisitions and investments in startups beyond iFood, including Maplink, PlayKids, Pointer, Rapiddo, SuperPlayer and Sympla, among others.

With the advent and growth of SaaS platforms, a fast-emerging global on-demand economy and some entirely original business models, many Brazilian startups are poised for success as they scale from being regional plays to any number of international markets. Typically, when more than a quarter of a startup’s business is coming in from international markets — as was the case with Pipefy and its cloud-based platform — the timing is ripe to land and expand outside a company’s home country.

In choosing international markets, a smart strategy for tech startup founders is to analyze those regions that possess high broadband and mobile-device adoption, readily available payment infrastructures, political stability, level socioeconomic playing fields, fair tax requirements and an easy-to-navigate regulatory environment. One useful rule of thumb to help obtain a basic understanding is to compare the overall internet population by country versus GDP per capita. This exercise will generate a model to prioritize countries with larger numbers of prospects with high levels of disposable income.

Another critical element for optimizing success is a solid understanding of regional differences and key variances across international markets — from cultural nuances to regulatory impacts to diverse approaches to conducting business. Identifying and tapping local network resources early on can make a world of difference.

The maturing startup ecosystem in Brazil has benefited hugely from access to Cubo, the largest entrepreneurial hub in Latin America, and its constant intermingling and exchange of ideas between startup founders, investors, academics and government officials.

In Silicon Valley, BayBrazil has been hugely impactful in connecting and building a tight-knit community of Brazilian and U.S. professionals, founders and scholars living and working in the San Francisco Bay Area. On a global scale, organizations like Endeavor have sparked high-impact entrepreneurship and success around the planet.

The spirit of entrepreneurism in Brazil is as infectious as its natural resources are vast. A recent rise in startups born and bred in Brazil that are being exported to international markets around the globe to further scale and propagate is a trend to be celebrated.