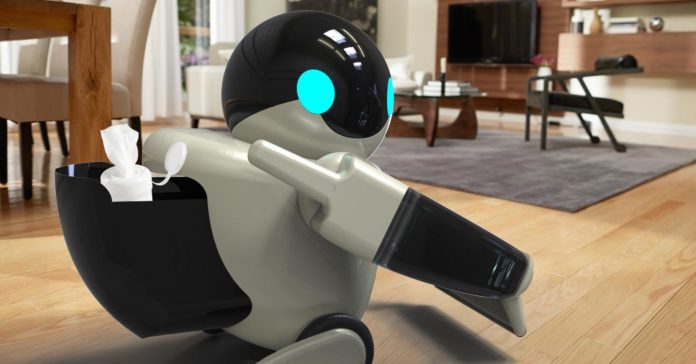 TickTock has run out of time. Don’t fret if you don’t know what that is—after all, the startup launched just a year ago. But in that time the company cycled through four different consumer robot concepts in the hopes of shaping the future of the home, moving beyond simpleton Roombas to truly intelligent machines.

After TickTock’s collapse, though, co-founder and ex-Googler Ryan Hickman is talking candidly about what it’s like to build an unwanted robot. Well, a robot unwanted at least by venture capitalists—some 200 investors that TickTock tried to convince to cough up cash before the startup closed down. But with the demise of TickTock come valuable insights into the robotic home of the future, and which companies will end up conquering it.

TickTock’s unifying idea was to get its machines to see more like us—just with cameras instead of eyeballs. Many mobile robots, like self-driving cars, use a technology called lidar that sprays an environment in lasers to build a 3-D map. But that’s both computationally and monetarily expensive. So TickTock wanted to map the world with a suite of cameras alone. Certain tasks like obstacle avoidance the robot can figure out for itself with machine vision, but for more complicated things—like, say, planning routes around the home—they could overlay some human input via augmented reality.

TickTock’s butler robot. Grocery bags go on the bottom, keys and wallet and phone up top.

The Slider robots, which would slip under specially designed receptacles.

Its first home robot concept was called the Slider, more or less an intelligent skateboard. Critically, included in its camera suite would be a depth sensor, which would help the robot eye things like carpet, see some wild colors, and determine it’s looking at patterns instead of obstacles. It would slide under specially designed trash cans and laundry bins, and scoot them from room to room. “Honestly, a lot of people laughed at us,” says Hickman. “They’re like, ‘Gosh that sounds like not a must-have, it sounds like such a convenience item.’”

But beyond that, it would require a small but not insignificant behavioral change on the part of humans: You’d need to keep bins where the robot could access them, which may be less than convenient for you.

What TickTock was hearing people did like, though, were machines that could tidy up, like a vacuum robot. There was room for improvement in the space: Turns out, bras are like hand grenades to some common models. “They roll over them and the stretchy part just starts to wrap around the cleaning bristles with the little metal latch until it gets totally tight and it snaps and lets loose and just explodes inside the thing,” says Hickman.

TickTock’s cleaning robot, called Sir-B, would be more clever about skirting obstacles like bras and chair legs. “Computer vision could address that,” says Hickman. “Computer vision could say, let’s be smarter about our navigation so we don’t get stuck on things.” The robot could also learn to clean more efficiently, not just running on a fixed schedule but figuring out when a kid is more likely to fling Cheerios on the floor at breakfast.

Investors, though, didn’t buy it. So next came Tidy, essentially an intelligent toy basket that “gamefied” the way kids picked up their toys. If that sounds very Silicon Valley to you, you’re not alone. “People said that was the most Silicon Valley bubble thing they’d ever seen,” says Hickman. “The pejorative description was it was a $700 toy box.”

So TickTock moved on and created a kind of chimera of Sir-B and Tidy and Slider: the home butler. Think of it like a mobile table. You’d put your phone on top of it, for example, and it could bring it to you if you wandered into a different room. And if you weren’t home, it could patrol around, doubling as a security robot. You might even remotely command it to check if you left the stove on.

“It was our best idea and it was technically viable,” says Hickman. But. “The investors we were talking to felt like it was going to take $30 million or $40 million to develop all of those app experiences and the physical hardware product. It had no proven product market.” Meaning, they could drop all that dough and end up selling only a handful of units. Generally speaking, VCs don’t like it when you sell only a handful of units.

Hickman did reckon that maybe part of the problem was him. “I have to be honest with myself, maybe I don’t have what it takes to pitch a VC,” he says. “Every single investor said to us, ‘I like your team, you guys are super technically strong, I believe you’ll build the thing you say you’ll build. I don’t think you’ll sell it.’”

And so TickTock was forced to shut down. But Hickman reckons a core technology in his concepts, AR, will define personal robotics in the very near future. With his Augmented Reality Robot Visualizer, a platform he developed for the robots, you could hold up your phone and tap around the room to command a robot and train it to recognize new surroundings or route a particular path you want it to take. It’s so easy, even a kid could do it—though maybe not as gracefully as an adult, if we’re being honest. Then once the robot is up and running, you could switch to more natural voice commands to order the thing around.

Unfortunately for the smaller players like Hickman, Big Tech is already miles ahead of his AR platform, without ever dropping an advanced robot in a customer’s house. “If you already have your digital life in Siri or Alexa or Google or even Cortana, now the robot has your calendar, now the robot has your contact information,” Hickman says. “There is definitely going to be a platform war here to own the home.”

Sir-B may have fallen, but it will never be forgotten.

Millennials Want to Tan, No Matter the Risks