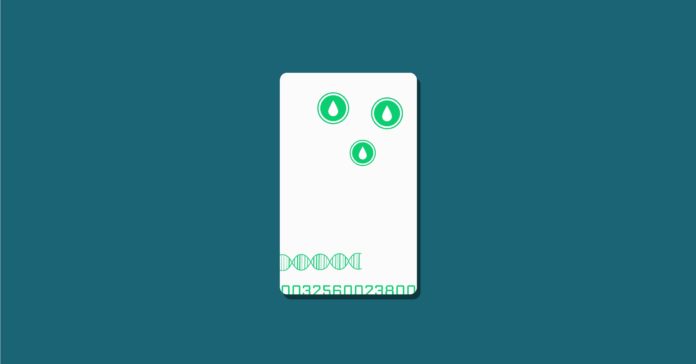 In 2011, biologists Jennifer Doudna and Emmanuelle Charpentier published a landmark paper introducing the world to Crispr. The arcane family of bacterial proteins had a talent for precisely snipping DNA, and one of them—Cas9—has since inspired a billion-dollar boom in biotech investment. Clinical trials using Cas9 clippers to fix genetic defects are just beginning, so it will be years before Crispr-based cures could potentially reach the world.

But Crispr tech could actually be showing up in your doctor’s office way sooner. Not to treat what ails you, but to diagnose it.

Today, Doudna joined with researchers from her lab at UC Berkeley and bioinformaticians from Stanford to launch the first commercial Crispr platform for detecting disease-causing DNA. Called Mammoth Biosciences, the startup is developing point-of-care diagnostic tests that work by using Crispr to pick up bits of genetic material circulating in your blood, spit, or urine—say, a few copies of Zika virus left behind by a mosquito, or some mutations in a cancer cell shed from a tumor.

They’re not the only scientists working on this new Crispr capability, but they are the first to finance a company for its use. “There are these really amazing biosensing properties of Crispr that people hadn’t realized for a long time,” says Trevor Martin, Mammoth’s CEO and one of its five co-founders. “Billions of years of evolution have given us these incredible proteins, which science is just beginning to characterize.” Their goal is to use those properties to design diagnostics for the frontlines of outbreaks and in hospital emergency rooms, places where patients don’t have days to wait to send samples off to labs for testing.

One of those incredible proteins is Cas12a, formerly known as Cpf1. In a paper published in Science in February, Doudna and two other Mammoth co-founders, Janice Chen and Lucas Harrington, showcased how Cas12a could accurately identify different types of the human papillomavirus in human samples. Like Cas9, Cas12a latches on to a DNA strand when it reaches its genetic target, then slices. But then it does something Cas9 doesn’t: It starts shredding up any single-stranded DNA it finds.

So the researchers decided to hack that hunger for nucleotides. First they programmed Cas12a to chop two strains of HPV that can cause cancer. They added it, along with a “reporter molecule”—a piece of single-stranded DNA that releases a fluorescent signal when cut—to test tubes containing human cells. The samples that had been infected with HPV glowed; the healthy ones didn’t.

Martin wouldn’t disclose which Crispr systems Mammoth would be using, saying only that the company is confident in the technology it has exclusively licensed from UC Berkeley. And because patent applications are secret for the first 18 months after they’re filed, there’s no good way to know exactly which Crispr system Mammoth is working with. But with Chen and Harrington and Doudna all coming on board, all signs point to Cas12a.

That could potentially present a problem, since the Broad Institute’s Feng Zhang filed gene editing patents on Cas12a back in 2015, and licensed them to Editas Medicine for its work pursuing human therapeutics. Any potential dispute may come down to the protein’s intended use. In the ongoing conflict between Berkeley and Broad over Cas9, the US Patent and Trademark Office has ruled that using Crispr to detect DNA, rather than edit it, constituted a separate, valid claim. In 2016, the office issued a Cas9 patent for detecting nucleic acids to Caribou Biosciences in Berkeley, which was co-founded by Doudna as a Crispr tool developer and has also filed Cas12a patents of its own. Why it wasn’t a good fit for building a new diagnostics platform is unclear. (Doudna declined to answer any questions for this story).

But there are other signs that a patent war over Crispr’s diagnostic capabilities may never come. Zhang’s group has been hard at work on using another protein—Cas13—to detect disease. They reported last year in Science that their system could pick out multiple viruses, such as Zika and dengue, in one sample simultaneously. And they moved beyond fluorescence to something more practical: disposable paper strips. Dip them in the prepped sample and a red line shows up if there are viral genes present, no lab instruments or electricity required.

The Broad says it is exploring a licensing strategy that will make the tests—which cost only a few dollars to make—widely available, especially in the developing world where the need for field-based diagnostics is most urgent. Another research group at the institution, led by virus hunter Pardis Sabeti, plans to begin validation and benchmarking trials of the tech later this year in Nigeria, where an outbreak of Lassa fever has infected hundreds of people since January. If those go well, the hope is to eventually set up the infrastructure to test people when they first start showing symptoms, to help public health officials better track and contain the virus.

“We’ve done a lot of sequencing of Lassa in the last few years to understand its evolution, and now we’re at a stage where we can use all that information to design these really cool, really discriminating tests,” says Cameron Myhrvold, a systems biologist at the Broad who’s helped develop the protocols for making the Cas13-based diagnostics work without any fancy instrumentation. “Those genetic resources are really what has allowed us to go beyond the standard antibody tests, which need to be done in a lab.”

Both the Broad’s and Mammoth’s methods need more work to demonstrate their accuracy before passing regulatory muster. But once that happens, you could design a test for just about anything; it’s just a matter of programming the right genetic guide to get Crispr to its intended target. Imagine testing ER patients for multiple kinds of bacterial resistance before prescribing life-saving antibiotics. Or being able to afford to offer the test to every woman of childbearing age in a Zika-infected zone. Or upping cancer screenings to three, four, five times a year, all for the cost of a craft beer.

That last one is Mammoth’s first order of business; the company is focusing on finding partners in the liquid biopsy space, to bring paper-based tests into the exam room. But someday they hope to be more all-purpose, helping farmers track root rot in their fields or using DNA barcodes to trace the flow of fracking water into aquifers. Crispr-Cas9 might be the first in the family to cure a human disease, but its cousins could be the first to save a life.

Protecting Your Premises: What Are the 6 Types of Security Cameras...