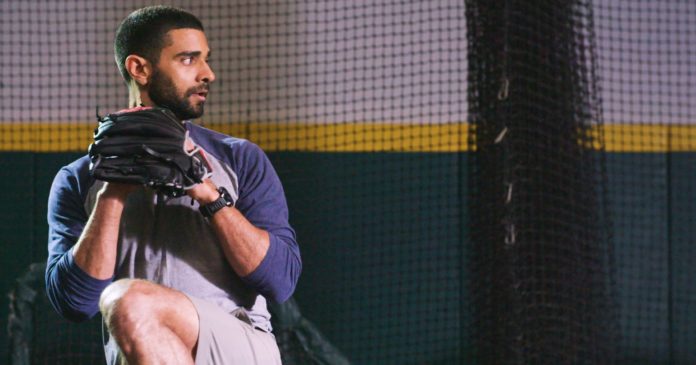 A wickedly fast fastball isn’t the anomaly it once was. A decade ago, Major League pitchers threw a grand total of just 196 triple-digit fastballs in a single season. Last year, 40 pitchers collectively threw 1,017.

Consider the confusion over the game’s fastest fastball ever. On paper, the honor goes to Yankees relief pitcher Aroldis Chapman, who clocked 105.1 miles per hour in 2010. But the record could have been set all the way back in 1974. Back then, Nolan Ryan was the first MLB pitcher to be tracked by radar during a game—and while his heater topped out at 100.8 miles per hour, the radar measured Ryan’s ball just before it crossed the plate. Had it eyed the pitch as it was leaving Ryan’s hand (as Chapman’s was), experts believe it might have registered at upwards of 108 miles per hour.

Similar retroactive estimates have put Cleveland Indians pitcher Bob Feller’s fastest fastball at 107.6 miles per hour—and that was all the way back in 1946. Walter Johnson, who played from 1907 to 1927, is also thought to have thrown pitches at 100 mph or more. All of which is to say: Pitchers have been throwing north of 100-mph for the past 100 years. Over the same time period, advances in training, technology, nutrition, and, yes, drugs, have fueled a dramatic upward trend in world-record athletic performances, from the marathon to the long jump to the 50 meter freestyle. But when it comes to hurling a five-ounce, leather-wrapped sphere as fast as possible, humans appear to have plateaued.

“I don’t see it going much higher,” says biomedical engineer Glenn Fleisig, research director of the American Sports Medicine Institute and an expert in the biomechanics of pitching. “I’m sorry to say that, but I don’t see it happening. Baseball isn’t like other sports, where we see people running faster or swimming harder or whatever, where today’s records are smashing the records from 10 years ago.”

That hasn’t prevented pitchers from pursuing the triple-digit barrier at the expense of their arms. A significant number of them undergo major medical procedures to correct injuries from competition. Like the “Tommy John” surgery: When the tendon in a pitcher’s elbow tears, surgeons can replace it with a fresh one from the player’s wrist, forearm, hamstring, or even their toe. Swapping in the relief tendon involves the surgeon drilling holes in the ulna and humerus bones and threading them in a figure-8 pattern with the healthy tissue.

A 2012 survey found that a quarter of Major League pitchers had undergone the Tommy John surgery at some point in their careers. And as the popularity of the fastball has increased, so has the surgery.

Fleisig thinks the rise in Tommy John surgeries has to do with the immense strain that hurling baseballs puts on a pitcher’s arm. By studying cadavers, he and his colleagues found that the force required to tear elbow ligaments is roughly the same as what a pitcher asks of his arm throwing at top speed. When the arm flings back, the shoulder ligaments experience about 100 Newton meters of torque. When it flings forward, the elbow ligaments suffer the same. “It’s the equivalent, at each point, of holding five 12-pound bowling balls,” Fleisig says. “So imagine I hang 60 pounds from your hand. That’s what it would feel like on your elbow or shoulder.” At those forces, he says, pitchers are effectively throwing their arms off. The odds of them throwing much faster seem pretty slim.

Which may actually be a good thing, as fastballs are already right at the limit of what batters can reliably hit.

A 100-mph fastball reaches home plate in under 400 milliseconds. The swing itself takes about 150 milliseconds. That leaves less than a quarter of a second for a batter to spot the pitch and decide whether and where to swing. That’s absurdly fast, which may explain why the swinging strike rate for triple-digit heaters is almost three times higher than it is for lesser fastballs.

But the tiny reaction window is only part of why batters struggle to connect. The other culprit: lack of practice. As popular as they’ve become, 100-mph fastballs are still pretty rare—rare enough that you’re not going to face off against them regularly at batting practice. Unless you’ve got a workaround.

The baseball team at Villanova University recently got access to a tireless pitcher who can throw fastballs all day long—even impossibly fast ones. Engineer Mark Jupina designed a virtual hitting simulator that allows batters to practice identifying and even hitting against any pitch in the MLB’s PITCHf/x database. (PITCHf/x is a tracking system installed in every MLB stadium that records the velocity, trajectory, release point, and spin of every pitch.) Players can either face off against the virtual pitcher in the university’s CAVE (an immersive, four-walled virtual reality environment equipped with infrared cameras), or by donning an Oculus Rift headset. “We have data sets that are appropriate for a high school level, all the way up beyond the pro level,” Jupina says. “We can even show you what, realistically, 120 mile an hour fastball would look like.”

I stood in the simulator and stared down a 120-mph pitch. It was ludicrous. The trip from the mound to the plate took just three tenths of a second; I felt like I needed to start my swing before the ball even left the pitcher’s hand.

Then a few members of Villanova’s baseball team took a crack at the simulator, and Jupina showed me how they planned to use it in training. Fastball practice was only part of the exercise. In one activity, he’d freeze the ball 150 milliseconds after leaving the pitcher’s hand, and ask the batter to ID the pitch. Was it coming in fast and straight, or was it a slow breaking ball? Would it cross the plate high and inside, or right down the middle?

Me, I couldn’t tell a fastball from a slider, but Villanova’s players took to it quickly, using things like the position of the pitcher’s arm and the spin of the ball to identify the pitch. It was impressive to watch, in part because it’s always impressive to witness someone exercise a sense you do not possess yourself. But also because the latency, the resolution, the sense of depth—they were all good enough to make reading an incoming pitch possible. All of which could make this a tremendous training tool.

“In the future, I could see every Major League baseball organization having this available to their hitters,” says Villanova’s head baseball coach Kevin Mulvey, a former pro pitcher himself. “If you could upload the pitcher that you’re going to be facing to this virtual interface, in the stadium that you’ll playing, at the time you’ll be playing, and you can get in there and re-live an at-bat that you had against him, you’re going to be better prepared to face this guy than if you were just taking batting practice off a generic lefty or generic righty.”

After all, not many people can throw a triple digit pitch. But with a tool like Jupina’s, a whole lot more could train to hit one.

More on the Limits of Human Performance