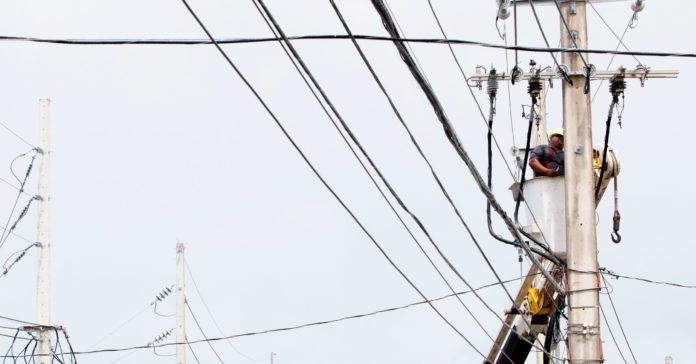 And then the lights went out. Again.

The loss of electrical power in Puerto Rico and the US Virgin Islands after Hurricane Maria churned across the islands in September 2017 was already the second-biggest blackout in the history of power on Earth—3.4 billion lost customer-hours. But in recent weeks, various agencies were touting their success in restoring Puerto Rico’s flattened grid. The numbers were encouraging; the US Department of Energy, working from data from the Puerto Rican power authority Prepa, said 95.8 percent of customers had power and all 78 municipalities had at least some electricity. (That still left 62,000 people in the dark.)

On Wednesday, pop went the bubble. According to the New York Times, a contractor working to repair the grid took a bulldozer too close to a 230-kV connection from a generation facility in Aguirre. And that was it. Prepa estimated that it would be 24 to 36 hours before the agency could fix the failure. That’s a day and a half of eking by on generators and solar microgrids for 3.3 million American citizens. “Can you imagine the chaos if you said Washington, DC was going to be without power for 36 hours? Or New York? Or San Francisco?” says Scott Knowles, a disaster researcher at Drexel University.

Let’s call this what it is: a crime.

Most folks understand, by now, the difficulties Puerto Rico’s electrical grid faced even before the hurricane. “It’s not the right word, but Puerto Rico’s system is too chunky,” says Jeremy Fisher, a senior strategy and technical advisor at the Sierra Club who co-wrote a scathing 2016 report on the Prepa grid for Synapse Energy. Essentially, the generating capacity is overly centralized, which “puts a lot of requirements on a few large fossil-fueled generating units.” When one fails: poof. “The quality of the electricity degrades so rapidly by not having enough generation on the system that you put at risk personal computers, motors, and other equipment,” Fisher says. In other words, one fault propagates through the system.

How’d they get that way? As an invaluable article in IEEE Spectrum points out, tax incentives in the 1970s induced mainland US companies to build factories in the southern part of the island, so Prepa built generating facilities there. In 1996 the tax break expired and the factories left. So today, 70 percent of Puerto Rico’s population lives in the north, around San Juan, and 70 percent of the power generation is in the south. A fragile grid connects the two via tough, mountainous terrain. Scattered rural populations have always had a tenuous connection to that grid. Meanwhile Prepa, hamstrung by billions of dollars of debt, austerity measures, and possible corruption slacked off on maintenance. Hurricane Maria sliced Puerto Rico’s broken-down grid in half.

This has been what Knowles calls a “slow disaster.” Like the lead-tainted water in Flint, Michigan or a flood in Houston, the crisis in Puerto Rico came not as a consequence of one big storm but after years of well-understood neglect. “The standard logic has been, ‘we know, and that’s just the way our government works.’ So we wait for a disaster,” Knowles says. “But disaster relief funds are not up to the challenge of meeting deferred maintenance issues.”

So engineers and aid groups now see Puerto Rico as a potential lab to rethink entirely what a resilient, environmentally benign electrical grid might look like. Before Maria, just 2.4 percent of Puerto Rico’s electricity came from renewable sources like solar and wind. Now groups like Elon Musk’s Tesla and the provider Sonnen are proposing to build solar “microgrids,” installations that power community centers, hospitals, and other self-contained institutions that people can access locally. A group run in part by the Puerto Rican architect Jonathan Marvel hopes to get legal and technical buy-in to extend similar microgrids over entire neighborhoods, megawatt-scale installations that can power not just one building but a few hundred homes at a time.

In fact, a December 2017 report (from the New York Power Authority and a couple dozen electricity research outfits) says that for $17.4 billion (cheap!) you could combine that kind of innovation with hardening the traditional grid—elevating critical machinery, using category 4-capable power poles, building more redundancy into the grid—and get a reliable electrical infrastructure. It’d withstand hurricanes and be a model for other vulnerable coastal cities in an age of climate change-driven sea level rise and monster storms.

That’s even harder than it sounds. Puerto Rico would have to stabilize its existing, oil-burning generators while simultaneously building out the supergreen ultraresilient grid of the future … while also dealing with billions of dollars of debt, worries that bondholders will take money meant for hurricane relief, an inability to attract new capital, and a bankrupt Prepa. Right now Puerto Rico has no regulatory structure to understand who will own solar microgrids, how they’d connect to the existing grid or the grid of the future, and how to make sure their owners don’t price-gouge their users. “I’d like to imagine that everyone believes that we need an electricity system in Puerto Rico,” Fisher says. “But it appears from the outside that there’s a lot of political infighting about who will take charge of the process.”

Engineers love a chance to fix a problem. But these challenges are borne of failure and incompetence. It’s fine to celebrate technical improvisation—people cobbling together battery-powered refrigeration for their insulin and tech companies donating solar panels and battery systems. I’ve done some of that lionizing myself. But those kind of stories also tacitly accept the lack of a formal infrastructure—and in one possible timeline they enable privatization. Indeed, privatizing Prepa is already a possibility. The risk is that cheering on high-tech fixes (instead of embracing a big plan like the one in the New York report) will give a weak, cash-poor government cover to corporatize the grid instead of fixing it.

This disaster wasn’t a surprise. It wasn’t even wholly natural. It was a disaster of policy. Puerto Ricans shouldn’t have to be this resilient. They should have a functioning power grid.

GizmoCrazed - February 2, 2011 0
iPad completed its first year in this gadget obsessed world just a few days ago. In this time period, application developers have created some...