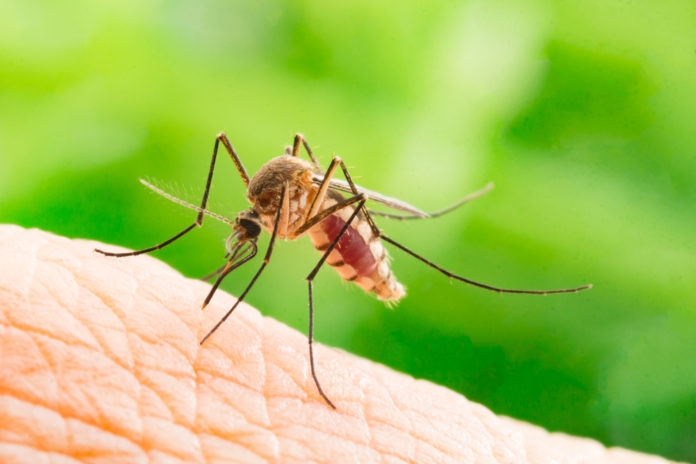 A commonly used anti-parasite drug could be the next weapon in the fight against malaria.

Researchers from Kenya and the United Kingdom report that dosing people with ivermectin, commonly used in heartworm pills, makes them deadly targets for the mosquitoes that transmit malaria. Nearly all of the mosquitoes in the experiment died after drinking ivermectin-laced blood, they say.

While malaria rates have been dropping historically, the disease still afflicts over 200 million people a year, mostly in the developing world, and was responsible for nearly half a million deaths in 2015, according to the WHO. And there are worries that resistance to artemisinin, the drug of choice for combating malaria, could continue to spread beyond southeast Asia, where most resistant strains are currently found.

Ivermectin could be another solution, and one that’s easily applicable given the prevalence of the drug. In the study, published last month in The Lancet, the researchers gave 47 malaria patients 600-milligram doses of ivermectin for three consecutive days. That’s around three times the normal dose, but the drug possesses few side effects, and had already been shown to be deadly to mosquitoes when in the bloodstream.

After feeding blood from the patients to mosquitoes, the researchers report that 97 percent of the blood-suckers died after two weeks, and the blood remained deadly for up to 28 days. The patients, meanwhile reported little in the way of side effects. A separate group of patients received doses of 300 mg per day, but the mosquito-killing effect wasn’t as strong.

It remains to be seen how safe the drug is for children at such high doses, and the authors do note that their participants were all malaria patients, so the effects could differ in healthy people. And worries of drug resistance could hound ivermectin as well — if it begins to see widespread use, mosquitoes may begin to evolve immunity. Further studies will be needed, NPR reports, and would likely be only part of an effective campaign to eradicate malaria.

Nevertheless, the drug represents a cheap, easily obtainable method of mosquito control that could help curtail the spread of one of the world’s most deadly diseases.

This Wood Won't Float, But It's Stronger Than Steel

GizmoCrazed - February 8, 2018 0
(Credit: Nataliia K/Shutterstock) The question of how much wood a woodchuck can chuck may need to be reevaluated — new research published today in Nature...

Someone just created a site to make browsing Netflix easier

Taylor Swift’s new app, The Swift Life, is out now

“Game Of Thrones” Is Coming To Facebook, As a Game