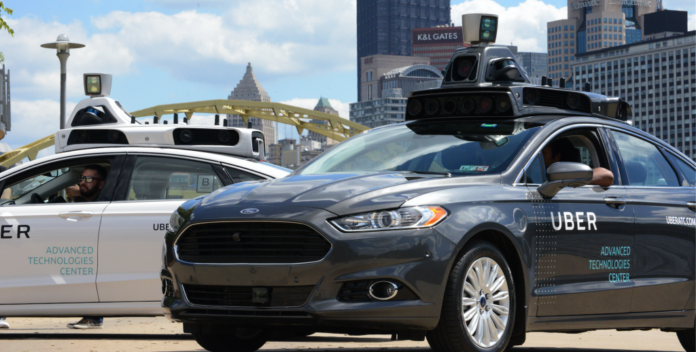 Uber’s self-driving car hit and killed a pedestrian in Tempe, Arizona, overnight, according to the Tempe Police Department. The car was in autonomous mode with a human operator behind the wheel with no passengers, police told Discover in an email.

The pedestrian, a 49-year-old woman, was walking her bicycle near a crosswalk, but not within the lines, at about 10 p.m. Sunday when she was struck by the vehicle, according to Tempe police officers. She died of her injuries at a local hospital. This appears to be the first pedestrian death caused by a self-driving vehicle.

According to Fortune, Uber has ceased all of its autonomous car tests in all locations (Pittsburgh, San Francisco, Phoenix and Toronto). Uber shipped its robo-cars to Arizona in 2016, which is a hotbed for self-driving car testing. Waymo recently announced it would operate its fully autonomous cars — no drivers — on public roads.

Our hearts go out to the victim’s family. We’re fully cooperating with @TempePolice and local authorities as they investigate this incident.

This deadly crash will likely raise questions about future legislation surrounding autonomous cars. But this isn’t the first accident involving autonomous vehicles. In 2016, a Tesla Model S operating in self-driving mode smashed into a tractor-trailer. The car didn’t brake in time, but a report ultimately found the human driver at fault for relying too much on the automation features.

Self-driving cars are often marketed as safer alternatives than human drivers. After all, humans cause more than 90 percent of car crashes — vehicle failures, the environment (slick roads, weather) and other unknown reasons make up the remaining causes. In 2015, more than 5,000 pedestrians were killed in traffic-related crashes in the U.S.

There are still many details we don’t know about this incident. Should the human driver have taken over controls? Was all the tech working properly? The National Transportation Safety Board tweeted that it’s sending a team to investigate the crash, so we should have more answers in the near future.