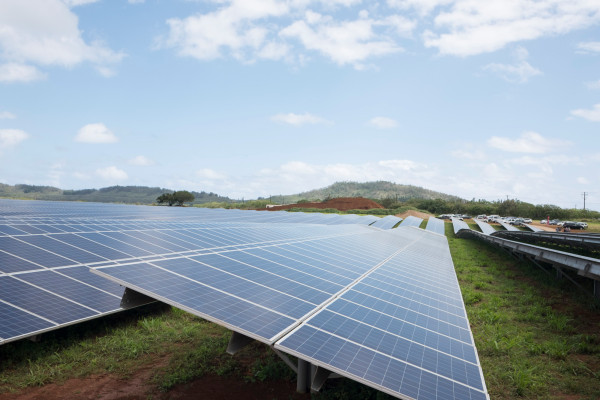 As renewable energy continues to gobble up more and more of the new energy capacity coming online, the solar project lending company Wunder Capital has raised $112 million in primarily debt financing to boost its business.

The 90 percent debt and 10 percent equity commitment came from the multi-strategy investment firm Cyrus Investments, which has backed renewable energy projects for years through its investment in RePower Group.

Wunder chose to consolidate the debt and equity round with a single lead investor to simplify the negotiation process on both sides of the table, Birsic said. “Since Cyrus is an equity holder in the company we can come to better terms,” on debt facilities and repayment, he said.

Wunder lends money to commercial solar energy development projects throughout the U.S. and its business has been buoyed by a flood of demand for new solar energy projects coming online.

Since its launch in 2016, the company has financed more than 180 projects throughout the U.S., which are generating somewhere in the range of 50 megawatts (or enough electricity to power roughly 32,500 homes).

The Boulder, Colo.-based company makes money in three ways: It charges closing fees, a servicing fee and annual interest rate on the debt it provides — typically Wunder will pull in between 4 percent and 5 percent off of each loan it provides to a project.

And business… for renewable energy… is booming.

For instance, the industry appears to have shaken off concerns over price increases stemming from the tariffs imposed on solar panels as part of broad punitive measures President Trump has taken against China (which supplies most of the world’s solar panels).

“It was really pleasant to see that folks were less reactionary and more responsive to the data,” says Birsic. The headlines, Birsic explains, were worse than the reality for the industry. The headlines in January predicted a 30 percent tariff on solar panels, but banks thought those increases would ultimately result in a 3 percent price increase for residential solar installations and a 4 percent price increase for commercial solar.

Those price increases would only bring costs in line with what they were at the end of 2017, since over the course of the year prices on installations declined 10 percent, Birsic says.

GizmoCrazed - October 1, 2011 0
Remember the days when you needed to stay in exactly the same place when going on the internet? Yeah? Rubbish wasn't it? Yep! Nowadays...

Android Gains Up On Apple’s Tablet Market Share, Thanks To Kindle...