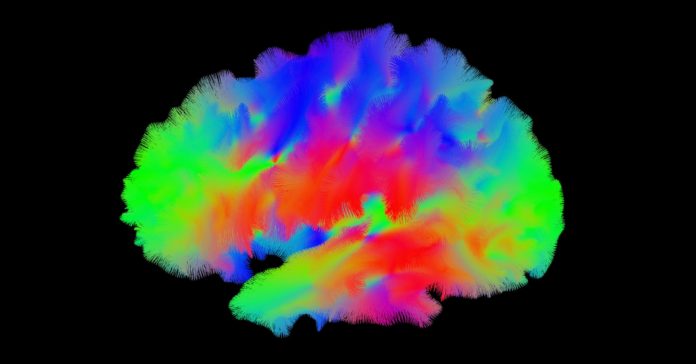 The first human brain balls—aka cortical spheroids, aka neural organoids—agglomerated into existence just a few short years ago. In the beginning, they were almost comically crude: just stem cells, chemically coerced into proto-neurons and then swirled into blobs in a salty-sweet bath. But still, they were useful for studying some of the most dramatic brain disorders, like the microcephaly caused by the Zika virus.

Then they started growing up. The simple spheres matured into 3D structures, fusing with other types of brain balls and sparking with electricity. The more like real brains they became, the more useful they were for studying complex behaviors and neurological diseases beyond the reach of animal models. And now, in their most human act yet, they’re starting to bleed.

Neural organoids don’t yet, even remotely, resemble adult brains; developmentally, they’re just pushing second trimester tissue organization. But the way Ben Waldau sees it, brain balls might be the best chance his stroke patients have at making a full recovery—and a homegrown blood supply is a big step toward that far-off goal. A blood supply carries oxygen and nutrients, allowing brain balls to grow bigger, complex networks of tissues, those that a doctor could someday use to shore up malfunctioning neurons.

“The whole idea with these organoids is to one day be able to develop a brain structure the patient has lost made with the patient’s own cells,” says Waldau, a vascular neurosurgeon at UC Davis Medical Center. “We see the injuries still there on the CT scans, but there’s nothing we can do. So many of them are left behind with permanent neural deficits—paralysis, numbness, weakness—even after surgery and physical therapy.”

Last week, it was Waldau’s group at UC Davis that published the first results of vascularized human neural organoids. Using brain membrane cells taken from one of his patients during a routine surgery, the team coaxed them first into stem cells, then some of them into the endothelial cells that line blood vessels’ insides. The stem cells they grew into brain balls, which they incubated in a gel matrix coated with those endothelial cells. After incubating for three weeks, they took a single organoid and transplanted it into a tiny cavity carefully carved into a mouse’s brain. Two weeks later the organoid was alive, well—and, critically, had grown capillaries that penetrated all the way to its inner layers.

A stained cross-section of a brain organoid showing that blood vessels (in red) have penetrated both the outer, more organized layers and the inner core.
UC Davis Institute for Regenerative Cures

Waldau got the idea from his work treating a rare disorder called Moyamoya disease. Patients have blocked arteries at the base of their brain, keeping blood from reaching the rest of the organ. “We sometimes lay a patient’s own artery on top of the brain to get the blood vessels to start growing in,” says Waldau. “When we replicated that process on a miniaturized scale we saw these vessels self-assemble.”

While it wasn’t clear from this experiment whether or not there was rodent blood coursing through its capillaries—the scientists had to flush them to accomplish fluorescent staining—the UC Davis team did demonstrate that the blood vessels themselves were comprised of human cells. Other research groups at the Salk Institute and the University of Pennsylvania have successfully transplanted human organoids into the brains of mice, but in both cases, blood vessels from the rodent host spontaneously grew into the transplanted tissue. When brain balls make their own blood vessels, they can potentially live much longer by hooking them up to microfluidic pumps—no rodent required.

That might give them a chance to actually mature into a complex computational organ. “It’s a big deal,” says Christof Koch, president of the Allen Institute for Brain Science in Seattle, “but it’s still early days.” The next problem will be getting these cells wired into circuits that can receive and process information. “The fact that I can look out at the world and see it as spatially organized—left, right, near, far— is all due to the organization of my cortex that reflects the regularity of the world,” says Koch. “There’s nothing like that in these organoids yet.”

Not yet, maybe, but it’s not too soon to start asking what happens when they do. How large do they have to be before society has a moral mandate to provide them some kind of special protections? If an organoid comes from your cells, are you then its legal guardian? Can a brain ball give its consent to be studied?

Just last week the National Institutes of Health convened a neuroethics workshop to confront some of these thorny questions. Addressing a room filled with neuroscientists, doctors, and philosophers, Walter Koroshetz, director of the NIH’s National Institute of Neurological Disorders and Stroke, said the time for involving the public was now, even if the technology takes a century to become reality. “The question here is, as those cells come together to form information processing units, when do they get to the point where they’re as good as what we do now in a mouse? When does it go beyond that, to information processing you only see in a human? And what type of information processing would be to a point where you would say, ‘I don’t think we should go there’?”

Of course, that assumes that neuroscientists would be able to recognize consciousness in an organoid if they saw it. Biology has yet to settle on a theory of consciousness in humans, let alone measure it in a ball of brain cells. Because, after all, a brain isn’t really a brain until has experience. You can have all the right wires and connections, but until it’s hooked up to some kind of input, it won’t process anything. Blood vessels are a good start—but we won’t start worrying about consciousness until the brain balls have eyes.

GizmoCrazed - July 31, 2011 2
Many people when plan to buy a new laptop get really confused about which one to go for. You don't have to worry about this any more because we are...