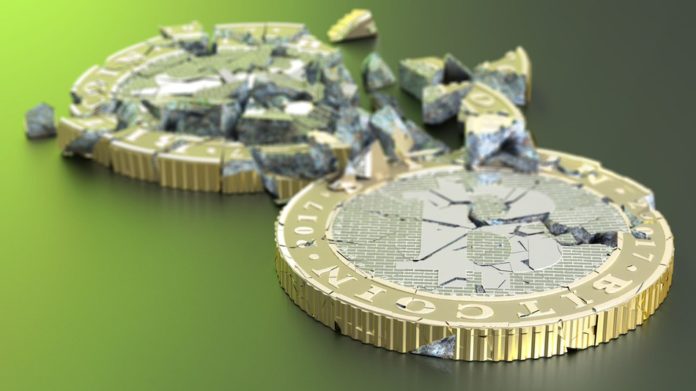 Indian officials are not here for your cryptocurrency games.

Government officials with the Reserve Bank of India announced on Thursday that, effective immediately, banks would be prohibited from “dealing with or providing services to any individuals or business entities dealing with or settling virtual currencies.”

Essentially, that means people in India are now unable to move money from bank accounts to exchanges in order to buy cryptocurrency. What’s more, if you’ve sold your fat gains for cash, you are no longer able to move that money back to your bank account.

So reports The Economic Times, which quotes an RBI press release as noting that, going forward, “any user, holder, investor, trader, etc. dealing with virtual currencies will be doing so at their own risk.”

This announcement didn’t come out of the blue. Earlier this year Indian finance minister Arun Jaitley straight up trashed cryptocurrencies.

“The government does not consider cryptocurrencies legal tender or coin and will take all measures to eliminate use of these crypto-assets in financing illegitimate activities or as part of the payment system,” he is reported as saying in a budget speech.

So did India just ban Bitcoin? Not exactly. It did, however, just make buying, selling, or using cryptocurrency in the country a heck of a lot harder.

2/ However, they just made it impossible to convert $BTC $ETH $LTC or any #crypto to fiat in the country. It seems like this was in response to the recent arrest of a known scammer in India who fled the country and was arrested in Bangkok

According to Cointelegraph, RBI’s deputy governor, Bibhu Prasad Kanungo, explained the motive behind the action as a proactive measure to ensure financial stability.

“Internationally, while the regulatory response to these tokens are not uniform, it is universally felt that they can seriously undermine the AML (anti-money laundering) and FATF (Financial Action Task Force) framework, adversely impact market integrity and capital control,” he reportedly noted in a press conference. “And if they grow beyond a critical size, they can endanger financial stability as well.”

This development follows on the September news that China ordered the closure of all locally based cryptocurrency exchanges, and then in February attempted to straight up block access to exchange websites.

While RBI’s move is definitely not good for cryptocurrency in general, it is a far cry from the stricter measures taken by India’s neighbor. So, you know, all you international hodlers can breathe easy for now.

GizmoCrazed - August 26, 2011 0
Facebook, the world's largest social networking website is taking a big step to make its privacy systems much better and precise. Anyone with an...

Raising the Steaks: How One City in the Netherlands Wants to...