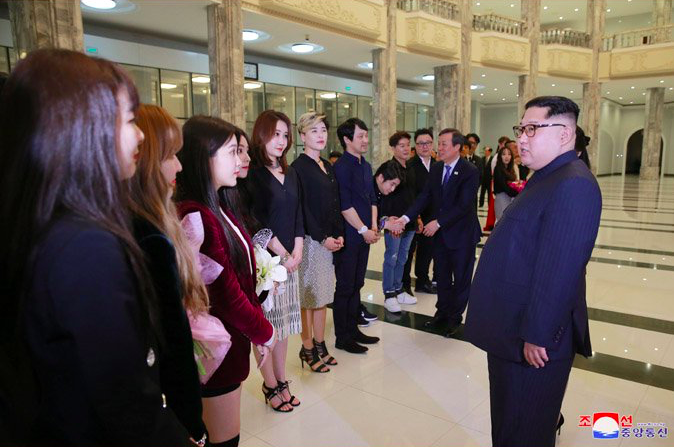 A seemingly cheap and ordinary technology may have paved the way for a cultural exchange breakthrough that saw South Korean K-pop idols receive an unprecedented welcome from North Korean leader Kim Jong Un.

It was not the first time that democratic South Korea has sent music acts to North Korea as part of diplomatic overtures to the authoritarian regime. In 1999, two pioneering K-pop groups, including the girl group Fin.K.L. and the boy band Sechskies, performed in the North Korean capital of Pyongyang. In 2003, a similar K-pop outreach concert featuring the K-pop boy band Shinhwa and the girl group Baby V.O.X. met with a fairly lukewarm reception from a blank-faced North Korean crowd.

But this year’s K-pop delegation received a standing ovation from a North Korean audience that included Kim Jong Un, whose presence at the April 1 concert marked the first time a North Korean leader has ever attended a South Korean performance in Pyongyang.

For much of its existence, North Korea has closed itself off to the outside world through its militarized borders and government censorship efforts that have included arbitrary severe punishment for people caught possessing banned foreign material such as South Korean TV dramas or K-pop music.

One factor that could explain some of the difference in reception between the 2003 visit and the 2018 K-pop concert success in Pyongyang is a technological shift that has swept through North Korea. It’s not based on any technology that most people would consider extraordinary, and yet it has probably had a profound impact on North Korea’s relatively isolated society where the government tries to control all sources of information accessible through TV, radio or the country’s limited Internet service.

The recent technological shift in question has been the growing availability of cheap USB flash drives—also known as USB sticks or thumb drives—over the past 15 years. Flash drives represent small storage drives that can hold digital files and plug into a variety of computers, mobile devices and TVs. That has made them the ideal technology for smuggling foreign media content, including South Korean TV shows and K-pop music videos, into North Korea.

Before flash drives became more widely available, North Koreans relied heavily on DVDs to view illegal movies, TV shows and other content smuggled into North Korea from China, according to North Korean defectors interviewed in a 2012 report by the global research consultancy InterMedia. But North Korean authorities attempted to crackdown by selectively cutting off electricity to certain neighborhoods and seeing if any households had illegal DVDs stuck inside the DVD players.

By comparison, North Koreans can easily unplug flash drives from TVs or mobile devices and hide the devices if needed. That consideration helped push the growing popularity of USB flash drives. One male North Korean who left the country in 2013 recalled having used USB flash drives since 2003, according to an interview included in a more recent 2017 report by InterMedia.

Just as importantly, flash drives have generally become both more affordable and capable of holding much more storage space over time. In 2004, a typical USB flash drive capable of holding 128 megabytes of storage—less than 40 songs in the lowest quality mp3 format—cost anywhere between $30 and $85 in the United States.

North Koreans may have had access to cheaper USBs through the Chinese market, but it’s still a fairly steep price to pay in a country where the average income may be just $4 in USD per day. The combination of price and access to illegal material would have likely restricted consumption of illegal foreign content to the North Korean elites. 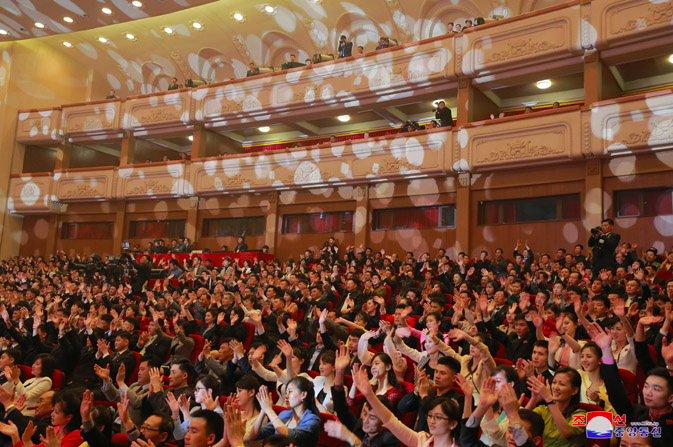 The cost and accessibility barriers have gone down dramatically since then. In 2018, U.S. customers can find USB flash drives for less than $10 in USD on Amazon that hold up to 32 gigabytes of digital files. That means each flash drive can hold the equivalent of thousands of songs in the mp3 format along with larger video files such as South Korean TV drama episodes or K-pop music videos.

Interviews with North Koreans illustrate the striking rise in USB flash drive availability. In 2010, just 26 percent of North Korean refugees, defectors and travelers reported having had access to flash drives, according to a survey by InterMedia and the U.S. Broadcasting Board of Governors.

By 2014, the number of North Koreans reporting access to flash drives had jumped to 81 percent. The price of buying a USB drive with between 30 to 40 episodes of a TV drama had dropped to just 5,000 won (less than $5 in USD).

Made in China Makes a Difference

Another key to making flash drives popular in North Korea has been Chinese-made devices with USB ports that allow North Koreans to plug and play their illegal viewing materials of choice. Prior to the wider availability of such USB-compatible devices, only a relatively small proportion of North Koreans who owned computers could use USB flash drives.

One notable development here has come from the wider availability of relatively inexpensive Chinese DVD players that have USB ports. In the 2017 report by InterMedia, 92 percent of North Korean respondents said they had watched foreign content using a DVD player. Furthermore, 86 percent of those with access to DVD players used the devices that had direct USB inputs. 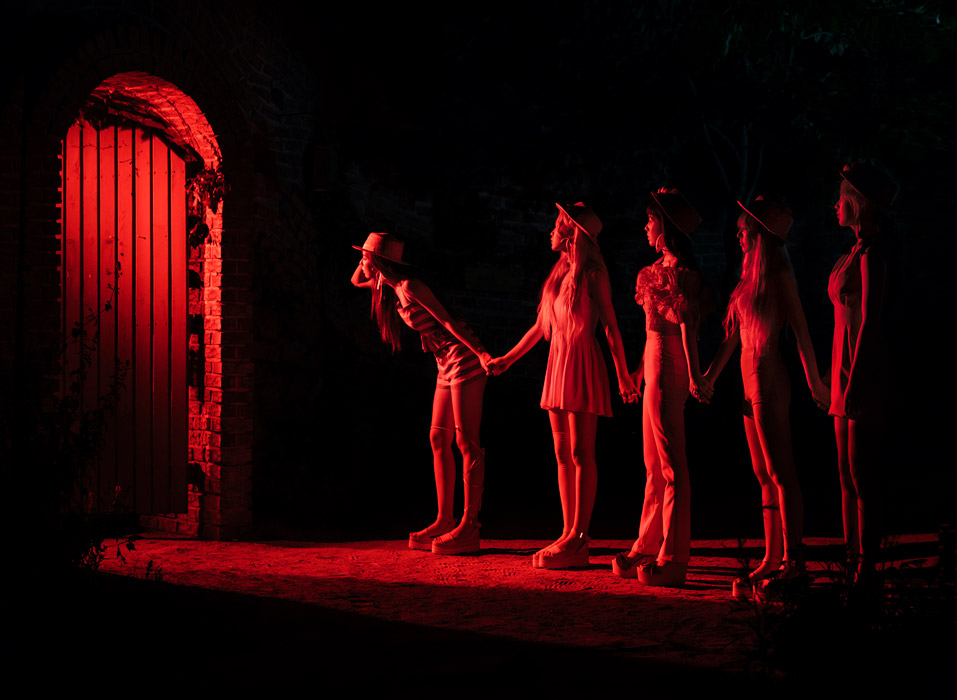 Another made-in-China device that has played an important role is a portable media device called a notel. Such notel devices have small screens and almost always have USB ports, which makes them even more ideal for sneaky viewing than the traditional DVD player and TV setup. About 48 percent of North Koreans who reported access to a DVD player said they also used a notel.

“After 2010, I would watch South Korean and Chinese movies once or twice a month by using a USB and sticking it into a Notel,” said a North Korean smuggler who left the country in 2014. “I would watch North Korean movies only when I had nothing else to watch.”

The notels have even proven handy devices for making copies of digital files between two USB flash drives. That would have made it even easier to spread foreign content such as K-pop songs or music videos.

Since Kim Jong Un became North Korea’s head of state in 2011, the relatively young leader has shown some signs of potentially welcoming more modern cultural trends as seen in South Korea’s modern high-tech society. Such moves may partly reflect how the USB revolution has enabled the spread of K-pop and other foreign cultural products in North Korea despite the government’s censorship efforts.

But the recent Pyongyang concert featuring a number of popular South Korean music artists and K-pop idols seems to have broken new ground in terms of North Korea openly acknowledging the trend. Kim demonstrated an apparent enthusiasm for the South Korean music acts that went beyond merely attending the conference, shaking hands with the South Korean performers and taking a group photo.

For example, Kim specifically mentioned “adjusting my schedule” so that he could see the K-pop girl group called Red Velvet, one of the most popular K-pop acts in South Korea and internationally.

After the concert, the North Korean state media agency KCNA reported that Kim was “deeply moved to see our people sincerely acclaiming the performance, deepening the understanding of the popular art of the south side.”

The latest success for K-pop outreach came at a time when South Korean president Moon Jae-in and his liberal Democratic Party have been ramping up diplomacy with the nuclear-armed regime of North Korea. The current standoff between North Korea and South Korea began with North Korea invading its southern neighbor on June 25, 1950. The Korean War fighting ceased almost 65 years ago after an armistice was signed on July 27, 1953, but the war itself never officially ended.

It would be a mistake to say that USB flash drives alone will bring lasting peace to the Korean peninsula. But it’s still remarkable to consider how such a simple technology continues to quietly make a difference in one of the world’s most repressive and isolated countries.

What Climate-Conscious Cities Can Learn From Each Other

GizmoCrazed - November 23, 2017 0
This story originally appeared on CityLab and is part of the Climate Desk collaboration. In many ways, Essen is the envy of cities trying to move past their industrial...

We're Throwing Away Too Many Viable Kidneys, Study Suggests