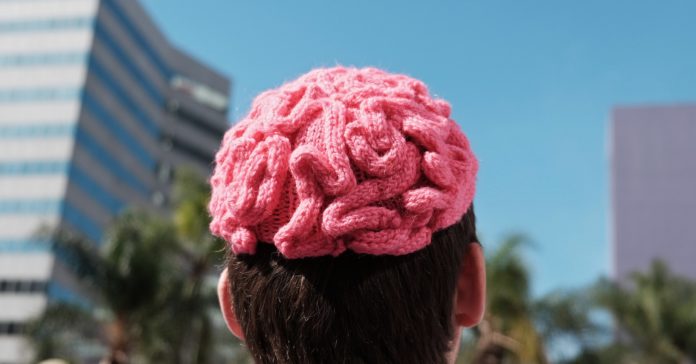 In January 2017, what started as a subreddit thread about the new White House scrubbing all mention of climate change from its official government website became, just three months later, the single biggest pro-science demonstration in the history of humankind. On April 22, more than a million people across all seven continents took to the streets (and dirt roads and snowfields) to declare themselves, not dispassionately, for the fundamental political value of science.

The idea that the rules that govern society should be based on evidence, not partisan caprice, is an assertion seemingly so noncontroversial that before last year’s inaugural March for Science, most people had never even thought about raising a latex glove-covered fist in the air to defend it. According to a (non-peer-reviewed) survey, 90 percent of people who showed up that day considered the March for Science their first science-related public demonstration. But for many, it wouldn’t be their last.

That’s because in the intervening 12 months, the March for Science has evolved from a collection of defiant Facebook event pages into a national, decentralized network of individuals and organizations fighting for science in their home communities. Which is why MFS organizers aren’t worried about trying to match last year’s turnout at the more than 230 marches scheduled around the world for this Saturday. Every day, people are already turning out in less visible, but more impactful, ways.

Valorie Aquino was only trying to distract herself from her archaeology PhD one night last January when she came across a Facebook group that had just been formed that day, called the March for Science. But a week later she was signed on as one of three national co-chairs, and less than three months after that she was leading 100,000 people down the National Mall in the rain, pausing only to take a selfie with Bill Nye. After the march, she flew back to Albuquerque and resumed her life as a student at the University of New Mexico.

Mostly. On the side she was still helping the March for Science figure out its next moves. That summer, she and other members of the MFS national organizing committee wrote a foundation document stating the organization’s principles and long-term goals of supporting science in policymaking for the public good. They formalized a framework for connecting with their satellite partners and a grant program to support them. They began planning a summit, to teach science communication and organizing skills to groups from rural areas and underrepresented communities. They formed a board of directors; Aquino joined on as one of them. But it wasn’t until the fall that she got to see the power of the movement actually materialize in her own backyard.

In September, New Mexico’s Public Education Department unveiled a new set of draft standards for science, technology, engineering, and math education throughout the state. They resembled the Next Generation Science Standards, a highly regarded model for teaching STEM that had already been adopted by 18 states and the District of Columbia. The previous April, New Mexico had actually been slated to approve the NGSS, but then its Republican governor vetoed it and had the education department go back to the drawing board.

What it came up with instead scrapped all references to human activity as the primary cause of climate change. The newly proposed curricula downplayed evolution and the importance of lab work in research. It even erased the scientifically agreed-upon age of Earth (about 4.6-billion years old). Science educators were upset. Parents were upset. Aquino dove back into the network of organizers who had pulled together Albuquerque’s satellite March for Science and together they came up with a plan to implement the stronger Next Generation Science Standards.

The University of New Mexico’s group for advancing women in science submitted a letter signed by more than 100 STEM professors supporting the NGSS. Local papers were flooded with letters to the editor. And on the day the Public Education Department held an open hearing—a Monday, at 9am, in Santa Fe—so many people attended that not everyone could fit in the room. A few weeks later the state’s education department overturned its own proposal, and agreed to adopt the version of science standards that New Mexicans had wanted in the first place.

“It took a village, but using the network we had built we could really mobilize people to show up for this issue,” says Aquino. “In this case the pressure worked. More than that it gives us a playbook and tools to share through the network for other people trying to tackle the issues unique to their communities.”

In fact, the MFS satellite in Idaho has already used it to score a victory there. When the state’s House Education Committee voted to strip its STEM teaching standards of references to anthropogenic climate change in February, the March for Science network mobilized to rally against it, signing petitions and sending people to public meetings. The state Senate overruled the House and kept climate change in the science curriculum.

And there are other success stories too. After the GOP proposed a tax bill that would eliminate a long-standing exemption for graduate student tuition waivers, March for Science organizers worked with their neighboring universities to stage walkouts, send letters to Congress, and contact their local representatives. Weeks later the provision was struck from the bill.

This year, Albuquerque won’t be hosting a march. Its streets won’t ring with chants of “Science not Silence,” and “What do we want? Evidence-based change! When do we want it? After peer review!” Instead, the local MFS organizers are devoting their resources to increasing voter turnout for the midterm elections. With every state legislature seat and a governorship up for grabs, Aquino says there’s a real opportunity to create a more lasting political statement than standing in the street with a sign. “In 2017 we marched for science,” she says. “In 2018 we vote for science.”

Glass phones are about to get really, really cool