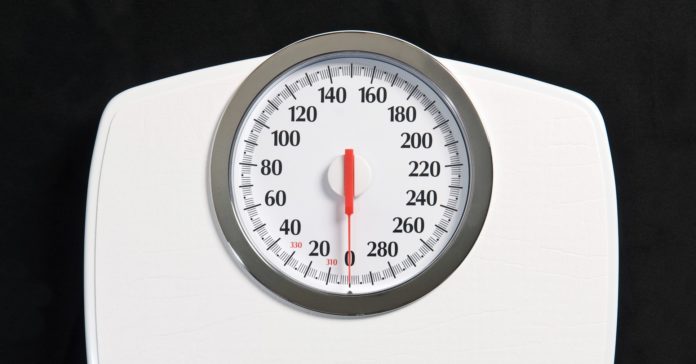 It’s tough being a parent. Sometimes I try to help my kids with their physics homework because I like to pretend that I’m sort of OK with physics. Recently, my daughter wanted me to check her answer for this question.

Where do you weigh more, at the equator or at the North Pole?

What do you mean by “weigh”?

There are actually two common definitions of “weigh.” Let me start with the most physics-like (and more technically correct) version.

Weight: Weight is the magnitude of the gravitational force between an object and a planet (typically, the planet is the Earth). On the surface of the Earth, the weight of an object is approximately the product of object mass (m) and gravitational field (g) where g is 9.8 Newtons per kilogram.

I tried to make that a formal definition—just to be complete. In short, weight is the gravitational force. Here is the other definition that could be used for weight.

Weight: The reading a scale produces when you stand on it.

But are those two definitions the same thing? Nope. Let me give you two situations with a human standing on a scale. In the first case, there is a human just standing on a scale (on a non-rotating planet for now). In this case, the human is stationary and not accelerating. This means that the total force on the human must be zero. There would be a downward pulling gravitational force and then there would be an upward pushing force from the scale (this is what the scale reads). These two forces have to have the same magnitude in order to add up to zero such that the scale force and the weight would be the same. In this case, it doesn’t matter which definition of weight is used.

Next case. Again, it’s a human standing on a scale but this time the scale is in an elevator on the 9th floor. Yes, it’s important that it’s on the 9th floor. The human lets the elevator door close and then presses the button for the ground floor. Right after this, the elevator accelerates down for a short time. Since the human is accelerating down, there needs to be a net downward force. This means that the downward gravitational force must be greater than the upward pushing force from the scale. The scale will give a reading that is less than the gravitational force.

So yes, it does indeed matter which definition of “weight” you want in this question.

What changes when you move from the equator to the North Pole?

The obvious change in going from the equator to the North Pole is your clothes—because it’s probably quite a bit colder at the North Pole. Also, you might drown since there is no land up there, only ice (at least for now). But there is another difference between the two locations. At the equator, you would be moving around in a giant circle because the Earth rotates around its axis once a day (technically slightly less than 24 hours) while at the pole you just turn around in a zero radius circle.

So, what does moving in a circle have to do with weight? Whenever you move in a circular motion, you accelerate—it’s true. Just think back to the last time you were in a car going around a circle. You can feel the car accelerating as you get pushed towards the center of the circle the car is traveling in. An object moving at a constant speed and moving in a circle does indeed accelerate. The value of this acceleration points toward the center of the circle and increases with speed but decreases with increased radius.

When you’re at the equator, you are sort of like the human in the downward accelerating elevator. The force of gravity should be greater than the force of a scale in order to make the net force push towards the center of the Earth. So, here is your answer (probably).

The more I think about this question, the more uncertain of the correct answer I become. I need help. There are two things that might make a difference in this question. First, the Earth is not spherical. Instead, it is an oblate spheroid. This means that the Earth is wider at the equator than it is from North to South pole. The Earth is like a slightly (ever so slightly) squished ball. This non-spherical nature of the Earth means that the gravitational field (and thus the real weight) would be different at the pole vs. the equator.

The second problem is that the Earth does not have a uniform density. This means that there is a variation in the gravitational field at different locations on the Earth. Oh sure, the change is small—but it’s still there. If you are at a location on the equation near a mountain or some other place with higher than normal density, the weight will also be different.

In the end, I’m not even sure how to answer this question. Maybe it was a bad idea to show it to me.

GizmoCrazed - August 1, 2016 0
Some of you might be having a hard time switching accounts in your apps. You have to log out first before you can switch...