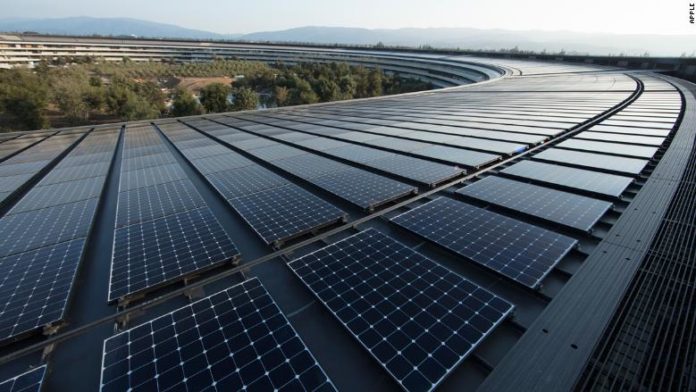 In case you missed the news, on April 9, 2018, the tech giant Apple “announced that all of its retail stores, data centers and corporate offices now run on 100% clean energy.

The milestone includes facilities in 43 countries, such as the US, UK, China and India. Overall, Apple uses a variety of clean energy sources, such as solar technology, wind farms and new concepts like biogas fuel cells and micro-hydro generation systems for generating electricity.

In addition, nine more of its suppliers have also pledged to power their Apple production with 100% clean energy. There are now 23 suppliers committed to that goal.” (Quote from CNN)