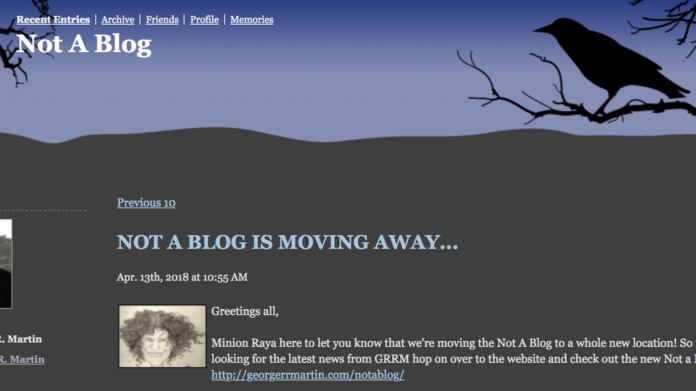 George R. R. Martin already has a lot of blood on his hands, as the notoriously ruthless murderer of everyone’s favorite Game of Thrones characters.

But on April 13, the fantasy writer added an unusual yet still tragic victim to his list by removing his blog from LiveJournal and consequently gutting the platform of its last vestiges of relevance.

Don’t worry too much, though! Martin’s Not a Blog already made like Jon Snow and was resurrected elsewhere, and in much the same form — save for a haircut and other superficial changes. You’ll still be getting updates on his involvement with the Game of Thrones show, progress (or lack thereof) on The Song of Ice and Fire series, and its many companion books.

“We’re moving the Not A Blog to a whole new location!” moderator Minion Raya wrote on the old LiveJournal page. “So if you’re looking for the latest news from GRRM hop on over to the website and check out the new Not a Blog.”

Despite Raya’s cheery tone, though, this is practically a eulogy to the watchers on the wall — I mean the remaining members of the LiveJournal community. Here’s a GIF reenactment of George R.R. Martin leading his followers away from the vast and empty wasteland that is LiveJournal:

For those too young to remember, LiveJournal began in 1999 and became a beloved home for the internet’s earliest bloggers and dedicated fan communities. It was a haven for nerdy fandom debates, and for writers getting their sea legs. Basically imagine Reddit, only more innocent, utopian, and altogether dorkier.

But as many things on the internet are wont to do, LJ steadily grew more and more obsolete. With the rise of Twitter, Tumblr, WordPress, and online media (hi — that’s us!), internet writers moved onto other platforms. LiveJournal had a longer shelf life outside of America, remaining popular in Russia and Singapore for some time after.

But Martin was one of the last remaining LiveJournal bloggers of any sort of worldwide relevance. And he probably did it out of love and respect for its historic significance as playground for so many successful writers today.

We need to thank him for sticking with it longer than anyone else bother to. Like the death of his fictional characters, we can’t blame Martin for doing the sensible thing and chopping LiveJournal’s head off with an axe.

And to be clear, LiveJournal is still as alive as a reanimated corpse. It will likely continue living on as a kind of digital archive. And I guess the famous celebrity blog ONTD still updates its LiveJournal — though it has a lot more followers on Twitter and subscribers to its RSS Feed.

But, hey, what is dead may never die, right George? 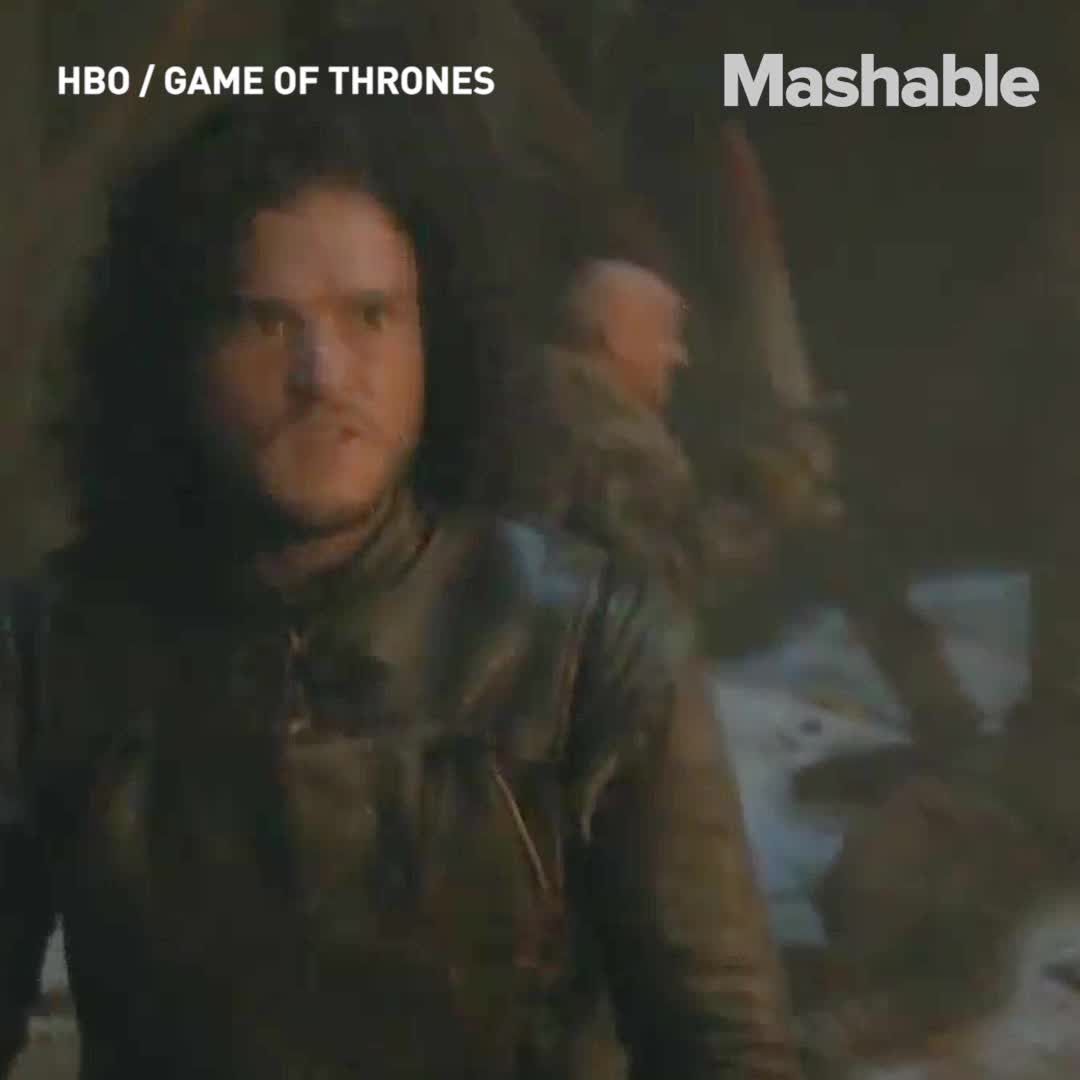 GizmoCrazed - April 10, 2012 1
Users of the Instagram have been left in a state of dilemma by Facebook after acquiring the app for $1 billion. Users are uncertain...

“Rainbows” Wallpaper Collection For Your Desktop