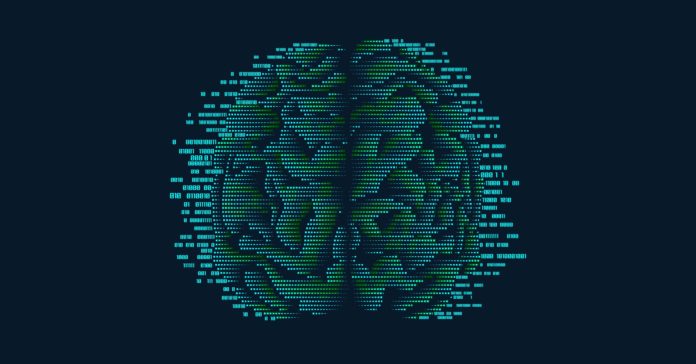 The shape on the screen appears only briefly—just long enough for the test subject to commit it to memory. At the same time, an electrical signal snakes past the bony perimeter of her skull, down through a warm layer of grey matter toward a batch of electrodes near the center of her brain. Zap zap zap they go, in a carefully orchestrated pattern of pulses. The picture disappears from the screen. A minute later, it reappears, this time beside a handful of other abstract images. The patient pauses, recognizes the shape, then points to it with her finger.

What she’s doing is remarkable, not for what she remembers, but for how well she remembers. On average, she and seven other test subjects perform 37 percent better at the memory game with the brain pulses than they do without—making them the first humans on Earth to experience the memory-boosting benefits of a tailored neural prosthesis.

If you want to get technical, the brain-booster in question is a “closed-loop hippocampal neural prosthesis.” Closed loop because the signals passing between each patient’s brain and the computer to which it’s attached are zipping back and forth in near-real-time. Hippocampal because those signals start and end inside the test subject’s hippocampus, a seahorse-shaped region of the brain critical to the formation of memories. “We’re looking at how the neurons in this region fire when memories are encoded and prepared for storage,” says Robert Hampson, a neuroscientist at Case Western Reserve University and lead author of the paper describing the experiment in the latest issue of the Journal of Neural Engineering.

By distinguishing the patterns associated with successfully encoded memories from unsuccessful ones, he and his colleagues have developed a system that improves test subjects’ performance on visual memory tasks. “What we’ve been able to do is identify what makes a correct pattern, what makes an error pattern, and use microvolt level electrical stimulations to strengthen the correct patterns. What that has resulted in is an improvement of memory recall in tests of episodic memory.” Translation: They’ve improved short-term memory by zapping patients’ brains with individualized patterns of electricity.

Today, their proof-of-concept prosthetic lives outside a patient’s head and connects to the brain via wires. But in the future, Hampson hopes, surgeons could implant a similar apparatus entirely within a person’s skull, like a neural pacemaker. It could augment all manner of brain functions—not just in victims of dementia and brain injury, but healthy individuals, as well.

If the possibility of a neuroprosthetic future strikes you as far-fetched, consider how far Hampson has come already. He’s been studying the formation of memories in the hippocampus since the 1980s. Then, about two decades ago, he connected with University of Southern California neural engineer Theodore Berger, who had been working on ways to model hippocampal activity mathematically. The two have been collaborating ever since. In the early aughts, they demonstrated the potential of a neuroprosthesis in slices of brain tissue. In 2011 they did it in live rats. A couple years later, they pulled it off in live monkeys. Now, at long last, they’ve done it in people.

“In one sense, that makes this prosthesis a culmination,” Hampson says. “But in another sense, it’s just the beginning. Human memory is such a complex process, and there is so much left to learn. We’re only at the edge of understanding it.”

To test their system in human subjects, the researchers recruited people with epilepsy; those patients already had electrodes implanted in their hippocampi to monitor for seizure-related electrical activity. By piggybacking on the diagnostic hardware, Hampson and his colleagues were able to record, and later deliver, electrical activity.

You see, the researchers weren’t just zapping their subjects’ brains willy nilly. They determined where and when to deliver stimulation by first recording activity in the hippocampus as each test subject performed the visual memory test described above. It’s an assessment of working memory—the short-term mental storage bin you use to stash, say, a two-factor authentication code, only to retrieve it seconds later.

All the while, electrodes were recording the brain’s activity, tracking the firing patterns in the hippocampus when the patient guessed right and wrong. From those patterns, Berger, together with USC biomedical engineer Dong Song, created a mathematical model that could predict how neurons in each subject’s hippocampus would fire during successful memory-formation. And if you can predict that activity, that means you can stimulate the brain to mimic that memory formation.

Stimulating the patients’ hippocampi had a similar effect on longer-term memory retention—like your ability to remember where you parked when you leave the grocery store. In a second test, Hampson’s team introduced a 30- to 60-minute delay between displaying an image and asking the subjects to pull it out of a lineup. On average, test subjects performed 35 percent better in the stimulated trials.

The effect came as a shock to the researchers. “We weren’t surprised to see improvement, because we’d had success in our preliminary animal studies. We were surprised by the amount of improvement,” Hampson says. “We could tell, as we were running the patients, that they were performing better. But we didn’t appreciate how much better until we went back and analyzed the results.”

The results have impressed other researchers, as well. “The loss of one’s memories and the ability to encode new memories is devastating—we are who we are because of the memories we have formed throughout our lifetimes,” Rob Malenka, a psychiatrist and neurologist at Stanford University who was unaffiliated with the study, said via email. In that light, he says, “this very exciting neural prosthetic approach, which borders on science fiction, has great potential value. (Malenka has expressed cautious optimism about neuroprosthetic research in the past, noting as recently as 2015 that the translation of the technology from animal to human subjects would constitute “a huge leap.”) However, he says, it’s important to be remain clear-headed. “This kind of approach is certainly worth pursuing with vigor but I think it will still be decades before this kind of approach will ever be used routinely in large numbers of patient populations.”

Then again, with enough support, it could happen sooner than that. Facebook is working on brain computer interfaces; so is Elon Musk. Berger himself briefly served as the chief science officer of Kernel, an ambitious neurotechnology startup led by entrepreneur Bryan Johnson. “Initially, I was very hopeful about working with Bryan,” Berger says now. “We were both excited about the possibility of the work, and he was willing to put in the kind of money that would be required to see it thrive.”

But the partnership crumbled, right in the middle of Kernel’s first human trial. Berger declines to go into details, except to say that Johnson—either out of hubris or ignorance—wanted to move too fast. (Johnson declined to comment for this story.)

One thing Berger does give Johnson credit for is his willingness to commit the funds necessary to accelerate neuroprosthetics research. To perform the studies he and Hampson want to do, they’ll need smaller, higher-resolution sensors; new experimental methods; unprecedented human subject protocols—all of which will take time and money to make happen. But funds can be hard to come by—even from agencies like Darpa, which has long supported his work and that of other leaders in the field. (Like University of Pennsylvania psychologist Michael Kahana, who recently used a closed-loop neuroprosthesis to deliver more generalized stimulation to improve test subjects’ word recall, Berger and Hampson’s work is largely supported by Darpa’s Restoring Active Memory program.)

But you know who has money? Tech. So when I ask him whether he’d ever consider collaborating with a Silicon Valley entrepreneur in the future, Berger doesn’t hesitate.