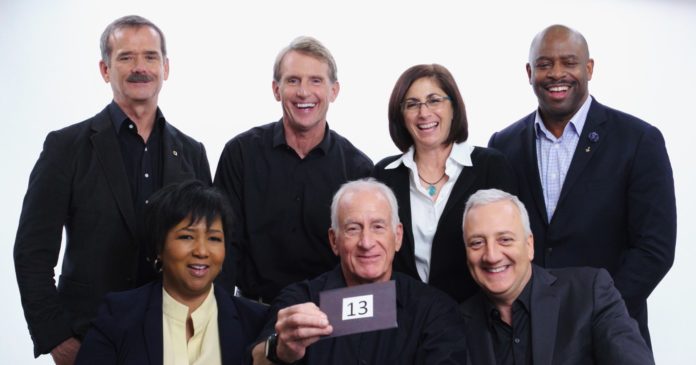 Last week, two American astronauts, Drew Feustel and Ricky Arnold, and one Russian cosmonaut, Oleg Artemyev, climbed into a giant explosive stick and fired into space, ascending 250 miles before docking with the International Space Station on Friday. As usual, they flew in the storied Soyuz rocket, launched out of the Baikonur Cosmodrome in Kazakhstan—the same facility that sent off Sputnik 60 years ago.

The trio, all veteran spacepeople, have left behind political turmoil between the US and Russia for a life in microgravity. Aboard the ISS for over five months, they’ll help run some 250 experiments, testing materials and studying the effects on microgravity on bone marrow (that’d be theirs). NASA has been using the Russian launch facility for ISS flights since the Space Shuttle program shut down in 2011—though in the coming years American astronauts will again fly out of the US as commercial operations spin up.

Now that they’re on board, the astronauts will be getting to work right quick: The two Americans will step out into space for a six-and-a-half-hour walk around the station just five days after arriving. And a little more than a week after their docking, they’ll host a visitor in the form of SpaceX’s Dragon cargo craft, which will bring supplies and scientific equipment.

If that seems like a lot, well, it is. Astronauts are a funny bunch: They have to be OK with rocketing into the cold indifference of space, they have to be in shape, they have to be really smart. Oh, and they have to be cool about climbing into a giant explosive stick, of course. (Some other official requirements from NASA: must have a bachelor’s degree and good eyesight, though glasses are allowed, which means even I could be an astronaut if only I took care of my body.)

We’ve talked to twin astronaut Scott Kelly about how the ISS is like the Harris county jail, biologist astronaut Kate Rubins about how wearing a biosafety hazard suit prepared her for her space ensemble, and badass astronaut Peggy Whitson (holder of the American record for most time in space) about that time her descent back to Earth didn’t go quite so smoothly.

Now, we’ve assembled seven astronauts to prove just how smart and cool they are (they’re comfortably back on Earth, not floating around still) by answering the top 50 Googled questions about space. Can birds fly in space? Can you fire a gun in space? Great questions with great answers in the video above.