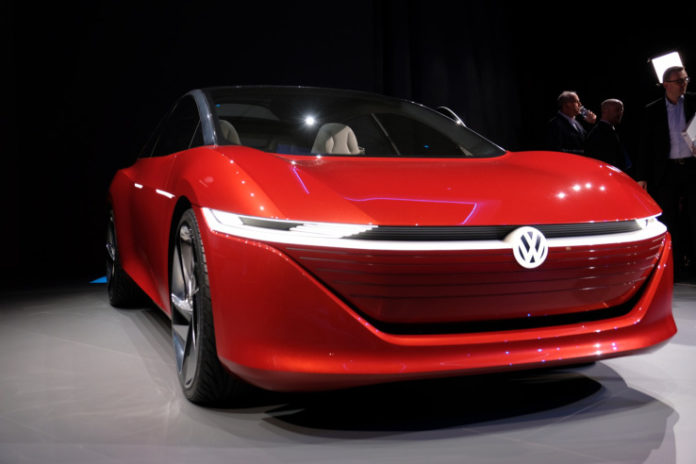 Volkswagen has revealed its latest I.D. concept vehicle at the Geneva Motor Show in Switzerland: The I.D. Vizzion, which is a lot less sleepy than all those ‘Zs’ might suggest. The Vizzion is by far my favorite of the I.D. line in terms of pure design, with sporty lines on a roomy but sleek sedan that packs all-wheel pure electric drive, an estimated range of around 413 miles between charges, Level 5 autonomous driving and voice and gesture control.

This latest in the I.D. line follows a series of cars aimed more at the urban commuter, or at shared use cases, or in the case of the I.D. Buzz, at tweaking your brain’s nostalgia center while offering up a futuristic take on the classic camper van. The Vizzion sedan looks like it’s ready to take on the Tesla Model S – or it will sometime around 2030, since this concept tis meant to show off a bunch of technology that VW thinks will be more feasible for a production car about a decade or so from now.

The I.D. Vizzion’s ‘digital chauffeur’ feature is the most far-flung of those tech showcases: It will take full control of the car (though VW plans versions that retain steering wheel and pedals for nearer-term development), without any visible controls, steering wheels or pedals, and it’ll learn more about its users and occupants over time thanks to an AI-powered virtual ‘host.’

Curiously, the interaction method between user and vehicle relies on AR and mixed reality headwear, specifically Microsoft’s Hololens. You don’t have to have an unobstructed view when the car’s doing all the driving, after all

It’s a bit strange seeing a car with no visible dash displays and no steering wheel, brake or gas pedal, but most interesting is that the Vizzion still manages to look like a sporty car, one that you kind of want to, well drive. It has 302 HP equivalent from front and rear-axle electric motors, and a low center of gravity that can help it hug the road.

Yet it’s designed to be used primarily via voice and gesture, per Volkswagen, though there are two pushbutton controls on the front and rear consoles of the car to let you do things like manually turn up or down the volume, or actually stop the car. 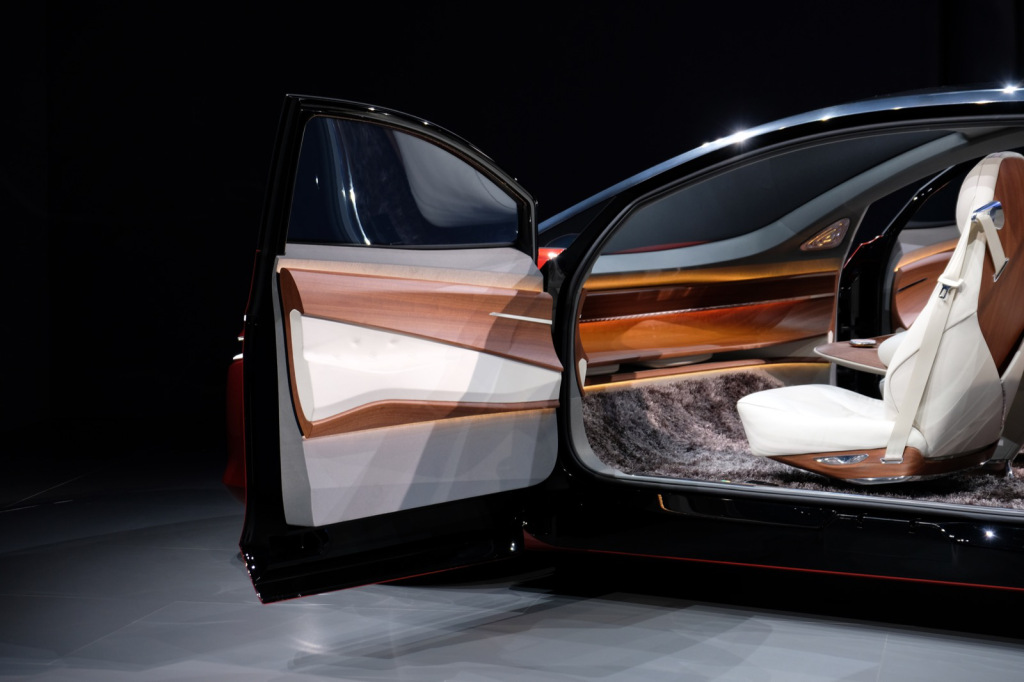 Vizzion is also somewhat like it’s Marvel Avengers namesake: It can recognize car occupants using either biometric info like face ID, or by ‘recognizing’ their smartphone, and then grab settings from VW’s cloud for cabin comfort, including, wait for it – scents.

The onboard AI will also predict points of interest that its guest might want to navigate to, and also automatically route around traffic incidents. It can also talk to your existing devices, including fitness trackers, and configure the interior space for work, for play and for family time.

The I.D. line already had some pretty out-there ideas, but Volkswagen is pulling out all the stops for this latest model, its splashiest debut here at the Geneva Motor Show. Could you be driving this by 2030? Maybe, but the point is that actually, it’ll be driving you.