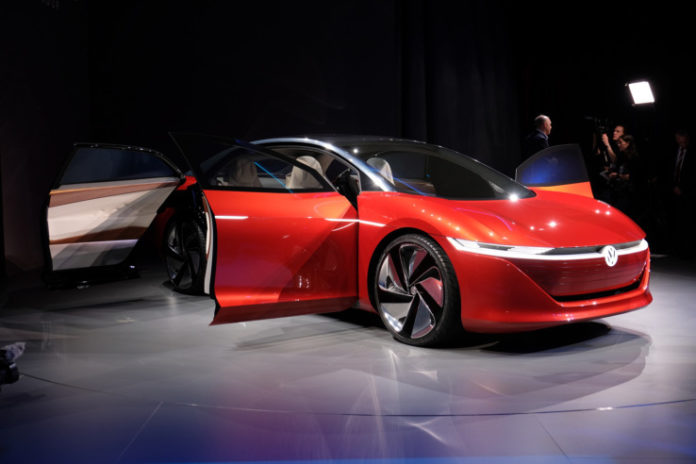 Volkswagen’s big centerpiece for this year’s Geneva Motor Show is the I.D. Vizzion, the latest in its I.D. EV lineup and the car that’s designed to lead the pack as a premium offering. Volkswagen talked a lot about the Vizzion’s future-focused design and features yesterday during a special pre-show press unveiling, but on Tuesday it also detailed some more realistic near-term goals for the Vizzion, including a target 2022 production date.

The sedan, which combines ample interior space with a Passat-style exterior footprint, will eventually come in a version without any physical steering wheel or pedals, according to Volkswagen, but the 2022 version will feature a more traditional cockpit since Level 5 autonomy in the way envisioned by VW in its concept video for this car likely isn’t feasible until at least 2030.

The Vizzion is a very attractive and contemporary sedan in terms of design, however, so it makes sense that the company would be looking to put it on the street before full autonomy and a fully control-free cockpit is a practical reality. The car just plain looks like something you want to drive now, and something to draw the eye of any potential Tesla Model X buyers. 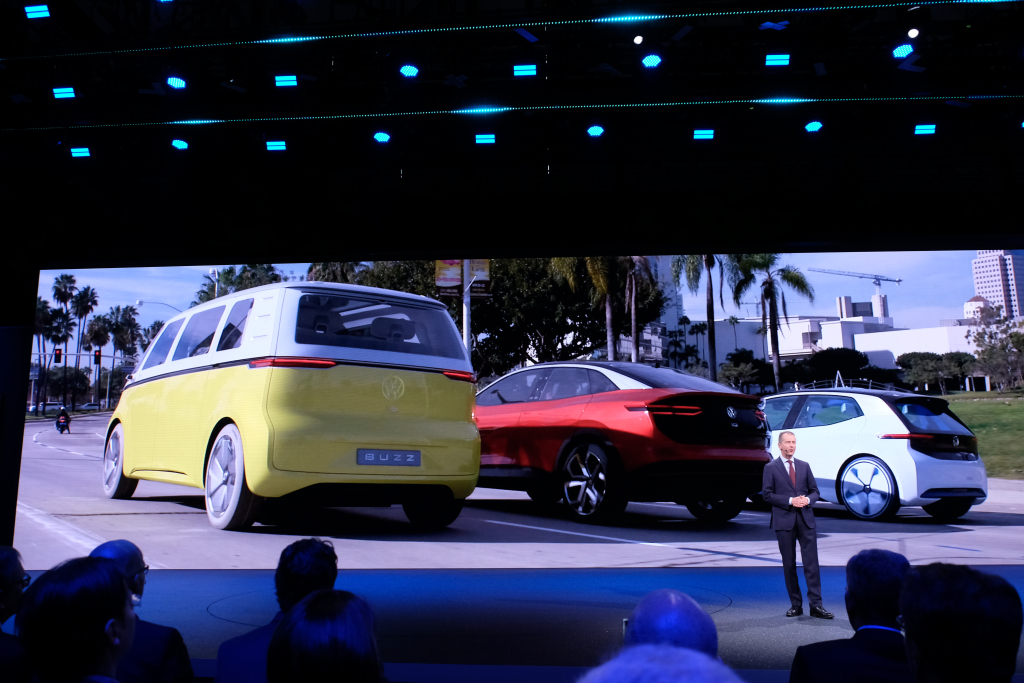 It’s based on Volkswagen’s modular MEB platform, which will provide the baes for all of its I.D. lineup, including the Crozz and the Buzz microbus. The MEB is also the future of electric cars from other brands in the Volkswagen Group, like Skokda, which is also showing off some of its future EV designs at Geneva. Central to the MEB is the flat, under floor ‘skateboard deck’-style battery, which can be paired up with a variety of drive options. 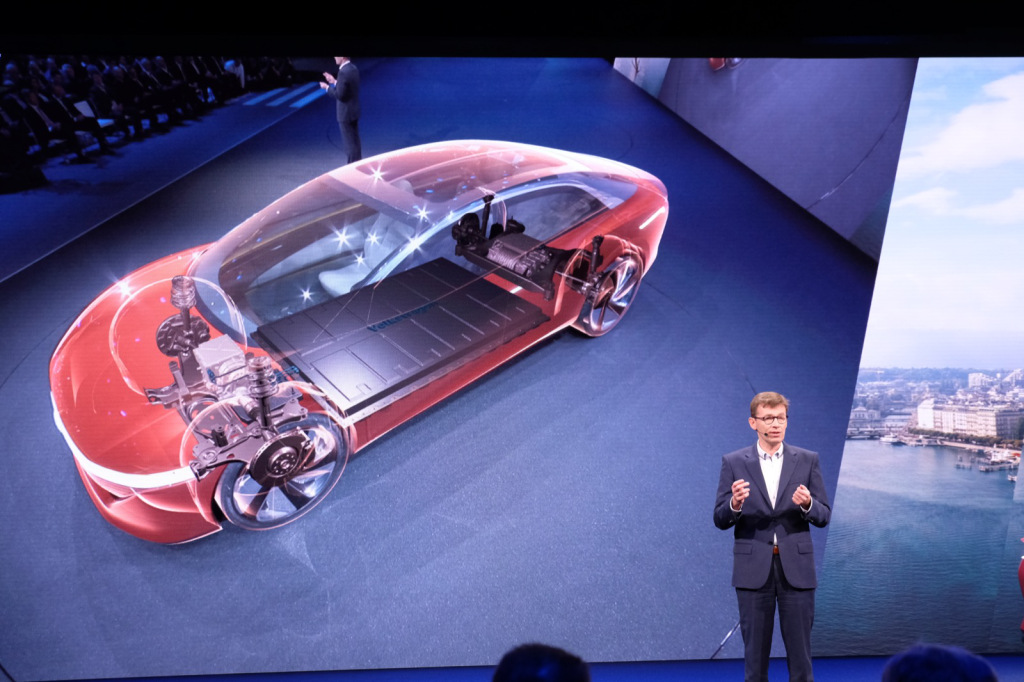 In the case of the Vizzion, the MEB features a dual motor design with a 200 HP equivalent one on the rear axle and a 100 HP version on the front for over 300 HP combined. It’s definitely a car that seems like it would appeal to drivers in the family way who also want to have a good time when on the road.