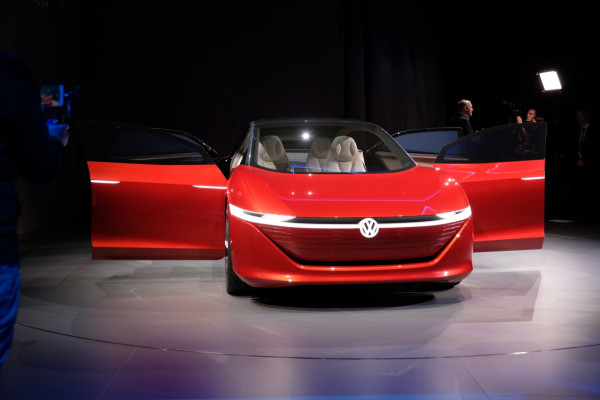 Automaker Volkswagen’s ramping up for its big EV push, with $25 billion in committed battery supplies and plans to outfit 16 factories to build electric cars by the end of 2022, up from three with that capacity in the VW stable right now.

Thus far, Volkswagen’s focus is on battery suppliers in Europe and China, its two largest markets, and likely the two that will be most important for battery electric vehicle production for the next decade. The automaker still intends to lock down a North American battery supplier deal shortly, however, according to Bloomberg, and ultimately intends to buy about $60 billion in batteries for EVs in total, with a goal of producing as many as 3 million electric cars per year by 2025.

Volkswagen is gearing up to launch its MEB platform, which will prove the base of its I.D. line of electric cars, as well as the underpinning of electric models from other brands in the larger Volkswagen Group. The MEB platform is designed to be relatively fixed in its configuration, so that it can be produced at scale affordably with little customization model to model, but also allowing for designs ranging from light compacts, to sedans and SUVs to be built on top.