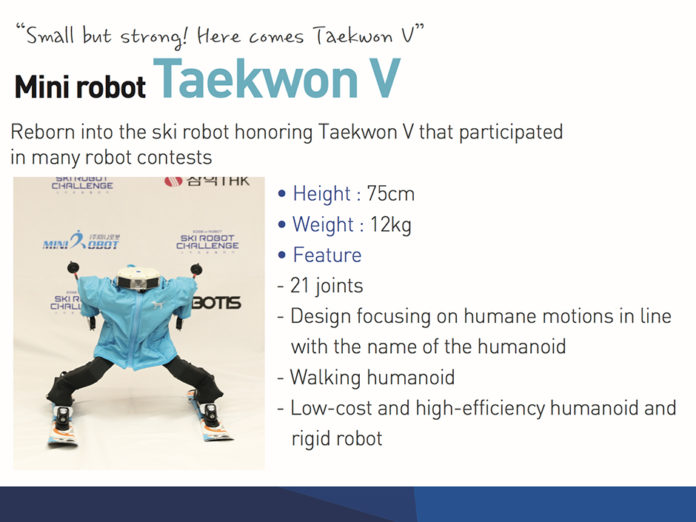 Researchers took part in the Ski Robot Challenge last month and the resulting videos – essentially quick cuts of robots in ski jackets totally whanging off the gates and spinning out in the powder. The Challenge, run by the Korea Institute for Robot Industry Advancement, is sort of a Winter Olympics for wonky androids.

The rules are pretty complex. According to Spectrum:

Each robot must be humanoid, with a minimum of 15 degrees of freedom including functional elbows and knees;
Each robot must be at least 50cm tall (measured from foot to shoulder);
Robots are required to use both skis and poles, and the poles must touch the ground when the robot is standing with its elbows bent;
The competition ski slope is 80m long and 20m wide, and teams have 3 minutes to complete it by slaloming through red and blue gates;
Each robot gets one point per passed gate. Point ties are broken by fastest time, and in the event of a tie there as well, the tallest robot wins.

Contestants included Taekwon V and the squat Skiro whose motto is “I’m the hero of Ski Robot Challenge!” 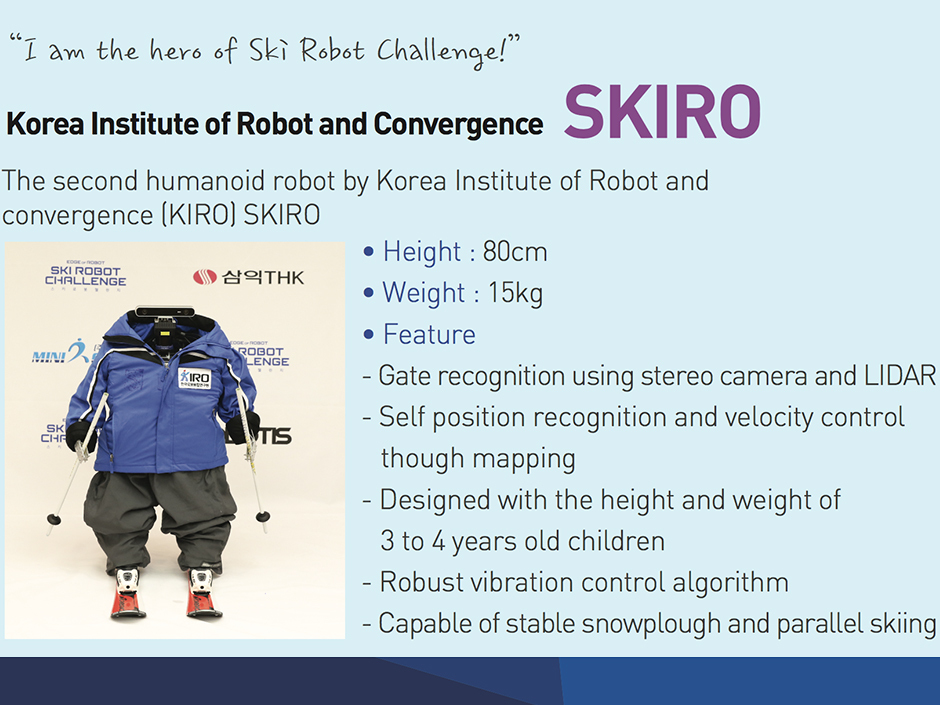 It also seems that each robot must be wearing a little jacket, a fact that makes this entire thing quite adorable. The winner was Taekwon V who made it down the hill without hitting the gates even in harsh winds and slippery conditions. Now all they need is some warm oil and some melted cheese and they’ve got a vacation brewing.

GizmoCrazed - December 16, 2017 0
As Carl Sagan once said, “We are made of star stuff.” And so is everything in the universe. When a star explodes, it leaves...

How to Buy a Refurbished Laptop