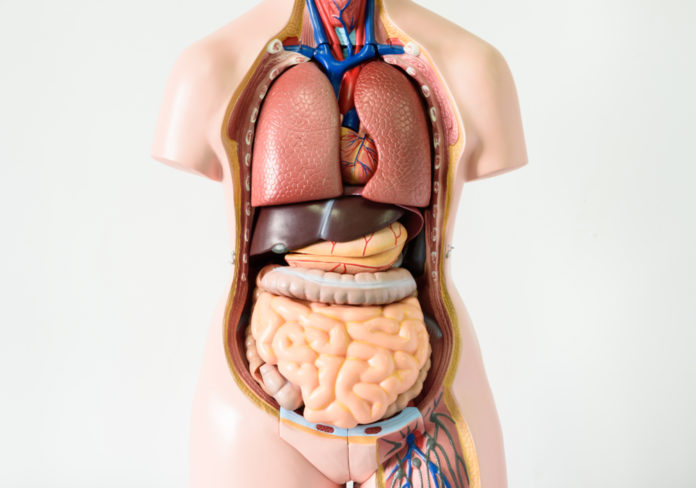 Humans might have a new organ, and the press is all over it—again.

In brief: It’s called the interstitium, or a layer of fluid-filled pockets hemmed in by collagen and it can be found all over our bodies, from skin to muscles to our digestive system. The interstitium likely acts as a kind of shock absorber for the rest of our interior bits and bobs and the workings of the fluid itself could help explain everything from tumor growth to how cells move within our bodies. The authors stop short of saying “new organ,” but the word is certainly on everyone’s lips.

Is it just me, or are you feeling a bit of deja vu?

Well, maybe it’s just me, but that’s because I’ve been in this situation before. You see, just over a year ago, researchers announced that they’d discovered a different “new” organ — the mesentery. That particular collection of bodily tissue is a fan-shaped fold that helps hold our guts in place. It had been known about for centuries, but only recently discovered to be large and important enough to justify calling it an organ. It was to be the body’s 79th, but that number is entirely arbitrary.

As we discovered here at Discover, the definition of an organ is hardly settled (and we’re aware of what a church organ is, thankyouverymuch). As became apparent during the whole mesentery craze, there’s no real definition for what an organ actually is. And the human body doesn’t have 79 organs, or 80 organs, or 1,000 organs, because that number can change drastically depending on the definition. And you can bet scientists debate what an organ actually is.

“It’s a silly number,” said Paul Neumann, a professor of medicine at Dalhousie University in Canada and member of the Federative International Programme for Anatomical Terminology, in a Discover article from last year. “If a bone is an organ, there’s 206 organs right there. No two anatomists will agree on a list of organs in the body”

Calling the interstitium a new organ, then, is a bit of a stretch. It’s there, it’s certainly important, but we need a better idea of what an organ is before we can start labeling things as such.

There is a definition of sorts, but it’s got more wiggle room than your large intestine. An organ is composed of two or more tissues, is self-contained and performs a specific function, according to most definitions you get by Googling “what is an organ?” But there’s no governing body that explicitly determines what an organ is, and there’s no official definition. Things like skin, nipples, eyeballs, mesenteries and more have crossed into organ-dom and back throughout history as anatomists debated the definition.

It may seem like mere semantics, but nailing a definition for an organ could actually turn out to be quite important. As we wrote last year, medical data is increasingly being stored in the cloud and analyzed by artificial intelligence algorithms that help researchers make new discoveries or diagnose maladies. The artificial intelligence-assisted algorithms that pore through all that data need things to be defined both clearly and consistently if they’re going to do their job correctly—an organ in one place should be an organ in another. Inconsistencies are going to throw a wrench into search results.

This doesn’t change the fact that most every part of our body is important, though. Regardless of whether we call the liver an organ or not, we still need it to function. Ditto for the mesentery and the latest assemblage of cells to bear the dubious honorific. 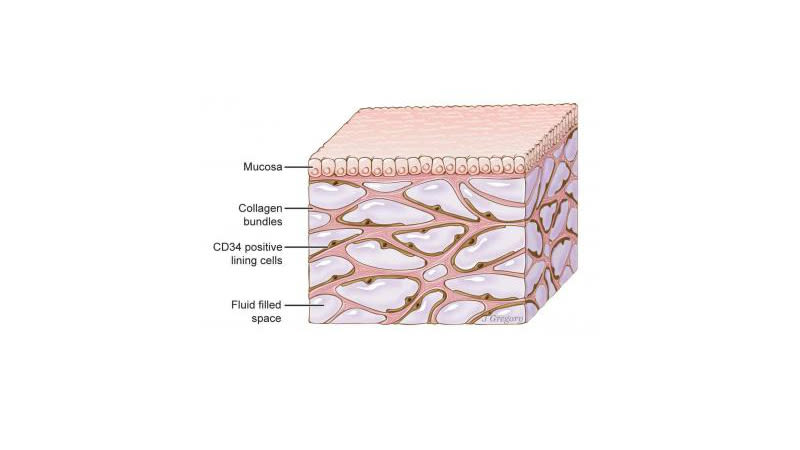 An illustration of the interstitium, which may or may not be an organ. (Credit: Jill Gregory/Mount Sinai Health System)

The interstitium could actually turn out to be quite important. Researchers hadn’t noticed it before because the way they obtained tissue samples seems to have destroyed a crucial portion of the tissue. The fluid-filled pockets would leak and collapse when removed and preserved, obscuring all evidence of an interstitium. But using a new technique involving an endoscopic camera, lasers and fluorescent dye, two researchers found an odd pattern in the bile ducts of patients they were examining. When they removed and flash froze the tissue, they found a network of fluid-filled pockets that they had never seen before. And upon further study, the same structures showed up throughout the body, they found in research published in Scientific Reports.

In addition to cushioning organs inside our bodies, the fluid sacs could help transport white blood cells, molecules used for signaling and more. The authors even suggest that samples of the fluid could be used to diagnose diseases. Finding something entirely new in the human body is a little bit amazing, especially in an age where we assume we know ourselves completely, and it could help to clear up some as-yet-unresolved questions in medicine.

Whether you call the interstitium an organ, or refuse to bestow that definition on this hunk of tissue, you aren’t wrong. Gray’s Anatomy, a medical Bible if there ever was one, did after all recognize the mesentery as an organ last year. And really, that’s fine. It won’t change how we study the interstitium, it won’t much change how we talk about it, and it certainly won’t cause it to function any differently.

GizmoCrazed - July 9, 2019 0
When Landon Brand and Benjamin Stanfield graduated from the University of Southern California this year, they already had the plans for Project Wren, their...