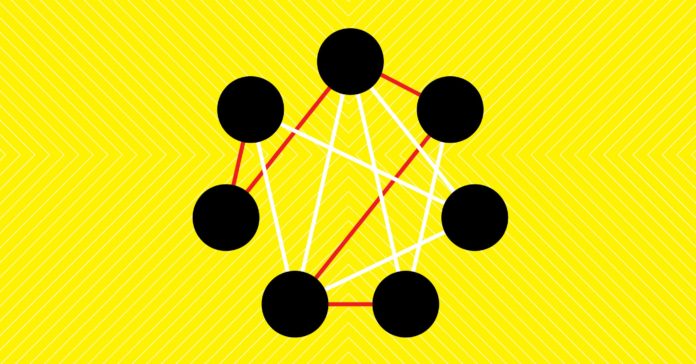 “What is the difference between apples and pears?” That’s an old Dutch saying that Ben Nijssen has pondered for his entire life. Any five-year-old could tell you the difference in taste, but a much smaller percentage of the population could speak on the chemical differences between the two fruits.

Nijssen, an analytical chemist in the Netherlands, is one of those people. He joined the group working on the Volatile Compounds in Food (VCF) database in 1976. It’s the only database of its kind, and these days he runs it. His four-person team connects real food—like potatoes or radishes—and hundreds of thousands of academic papers on the chemicals they comprise (for potatoes: 2-methylpentane, 2-methyl-1-pentene, 3-ethylhexane, and 593 other compounds).

Most of the customers that purchase Nijssen’s database are big food companies, universities, and governmental programs. But lately, a new kind of investor is paying the requisite 1,200 Euros to access his database: celebrity chefs. Today, two-time “Chopped” winner James Briscione and his wife Brooke Parkhurst published The Flavor Matrix, a book based almost entirely on information from Nijssen’s database.

Briscione was not the first of his kind to discover the Dutch scientific treasure trove. He was preceded by the now-famous founders of The Fat Duck, currently a 3-Michelin-star restaurant in the UK, in 1999. These chefs came up with what Briscione calls “flavor pairing”—the idea that the more “aromatic” (i.e. smelly) organic compounds foods share, the better they will taste together. The Fat Duck cuisiniers used the VCF database to discover and analyze some of their most memorable pairings—white chocolate and caviar, for instance, or blue cheese and chocolate.

Eggs have many flavor compounds in common with the dairy products, brown butter, coffee, and—uh—fish. Yum.

The flavor-pairing meme permeated the culinary community. Silicon Valley’s techno-optimism was reflected in a smaller subculture: What if a computer could crunch data to reveal combinations of food that no human ever imagined would taste good together? Briscione, the director of culinary research at the Institute of Culinary Education, became interested in the flavor-pairings movement. He worked with IBM engineers to develop Chef Watson, a cousin of the Watson software that has also been adapted to play Jeopardy and help doctors diagnose diseases. Together, Chef Watson, Briscione, and others at the Institute of Culinary Education created a cookbook, Cognitive Cooking with Chef Watson.

Chef Watson referenced Nijssen’s VCF database, but it also drew upon cookbooks, history, and other non-academic sources. But for The Flavor Matrix, Briscione wanted to focus on the science of flavor pairings only, so he limited his attention to the VCF dataset. He graphed the common aromatic chemical compounds between hundreds of foods, and then turned his notes over to Dutch graphic designer Jan William Tulp, who caught Briscione’s attention with this Scientific American interactive about flavor pairings.

Tulp shaped the data into elegant circular graphs. Nearly every page of The Flavor Matrix has a description and brief history of an ingredient with a succinct guide to best pairings, surprise pairings, and substitutes. The adjacent page features one of Tulp’s diagrams, which show the different numbers of aromatic compounds between each food. The book is interspersed with unfamiliar recipes like “Lemon Curd with Crunchy Olives,” “Creamy Coconut Oats with Shrimp and Jalapenos,” and “Ginger Mule with Pistachio Vodka.”

Budding chefs can use The Flavor Matrix to discover new flavor combinations, but the book’s central maxim—that foods with common aromatic compounds go well together—will only get them so far. After all, dishes whose ingredients share few compounds in common can also taste delicious; a 2011 analysis of more than 50,000 recipes found that while cuisines from Western Europe and North America tended to use ingredients with shared compounds, ingredients from East Asian recipes tended not to.

Briscione relied on the VCF database to learn the chemical differences between apples, pears, and most other foods. Now readers can pay $27.00 instead of €1,200 to learn that truffles and beets, chicken and bananas, vanilla and oysters, and many other odd combinations might actually transcend their humble individuality to become exquisite pairings.

Food News You Can Use