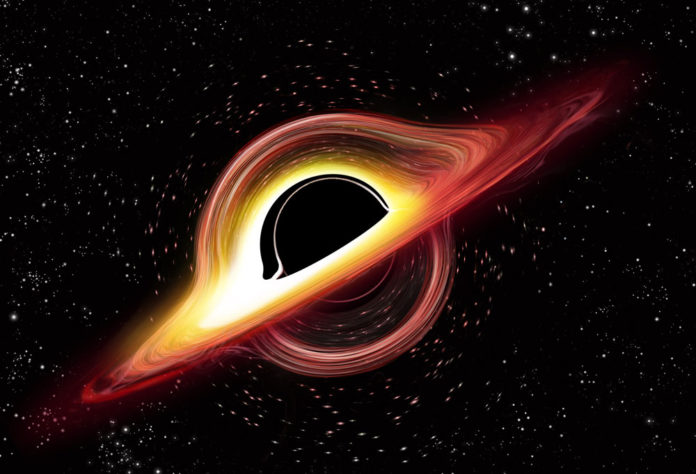 Astrophysicist Jean-Pierre Luminet didn’t have a supercomputer when he showed the world what a black hole looks like. He just had an IBM 7040 and a bunch of punch cards. He knew from theory that black holes do not emit light. But the material that swirls around them — dust and gas stripped from stars — shines all the way to its inanimate death. Light from that material, Luminet thought, would trace the black hole’s shape, including warps in space-time from its extreme gravity.

When the fridge-sized IBM spit out results in the late ’70s, Luminet used ink and pen to plot out an image by hand. He saw the black hole’s event horizon, the point beyond which nothing can escape; and an accretion disk, the gathering of matter siphoned from nearby stars. Although the black hole had just one disk, gravity had morphed its appearance, like a fun house mirror, into two perpendicular disks. They appeared brighter closer to the black hole, and more luminous on one side than the other.

GizmoCrazed - February 4, 2019 0
Hives and facial swelling are common allergic responses to food. In the most severe cases, a fatal reaction known as anaphylactic shock can occur....

Post Modern Skateboard Has No Board, Just Two Unconnected Wheels