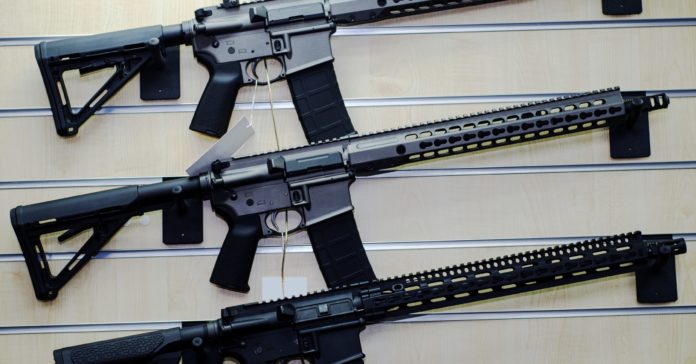 America doesn’t have good data on guns. Blame the Dickey amendment. First introduced in 1996, the legislation didn’t ban gun investigations explicitly (it forbade the use of federal dollars in the advocacy or promotion of gun control), but Congress that year also cut the budget for the Centers for Disease Control and Prevention by the exact amount it had previously devoted to firearm research. It’s had a chilling effect on the field ever since. (While some states and private foundations are conducting peer reviewed studies on gun violence, the federal government has been AWOL.) That means policymakers in Washington have little information about what causes gun violence, how it can be prevented or reduced, and who is most at risk.

But that could change. The February 14 killings in Parkland, Florida led a bipartisan group of lawmakers to consider repealing the Dickey amendment and resuming government-backed gun-research. Which raises a pressing question: If the CDC were to resume funding studies on the epidemiology of firearm violence, what questions would they want to answer right now?

“We don’t know enough about the risk factors, for either the perpetrators or victims of gun violence,” says Garen Wintemute, an ER physician and director of the UC Davis Violence Prevention Research Program.

Wintemute says that one of the big predictors of future gun violence is a history of other forms of violence, like domestic abuse. But connecting the dots between prior behavior and future threat is difficult—especially on an individual basis. That said, researchers think that by identifying early signals and studying them more closely, they could help police and social service agents make better decisions about when to intervene.

He also wants to study the psychological impact that high rates of gun violence can have on communities. Does living in place where gunfire or gun violence is common make someone more or less likely to use a gun in the future? Social scientists say they don’t know the answer yet.

As for preventing the next mass shooting, experts say they don’t know enough about the effectiveness of proposed interventions. Take, for instance, the “gun restraining order” laws recently enacted in California, Oregon and Washington. Such regulations allow family members as well as law enforcement to ask a judge to confiscate guns from people deemed to pose “a serious risk of harm.” (In San Diego County, ten gun owners recently received court orders to surrender their weapons under the new law.) It sounds like a good idea in theory, but to expand such laws to other states, or the federal level, policymakers would need to make a case for their effectiveness. And at least for now, the data on whether the laws have a measurable impact on either suicides or murders just doesn’t exist.

“There isn’t any information other than anecdotal,” says Shannon Frattaroli, associate professor of health policy at the Johns Hopkins University Center for Gun Policy and Research.

Frattaroli says a key factor, when it comes to studying the effectiveness of firearm policies, is being able to follow weapons. One way to track how violence spreads is by tracing implicated weapons to their source. In big cities plagued by gun violence, these weapons are often bought and sold illegally. “We need to understand where guns are coming from, how they get from the legal market to the hands of people who are prohibited to purchase them,” Frattaroli says. “That’s important to know if we want to get a handle on the flow of guns.”

Doing so will require a lot more money, time, and resources than researchers currently possess. That’s where the CDC might serve as both a deep-pocketed grant-making agency, as well as a clearinghouse for various databases on gun violence and gun ownership. A boost in funding would also attract more and better scientists to the field, whose numbers have dwindled since the Dickey amendment went into effect. “As I recruit new investigators, it has been a critical question for applicants: ‘Will I have a job in a couple years, or will I have to look for a job in another field because there’s no funding,'” Wintemute says.

Social scientist and ER docs like Frattaroli and Wintemute are encouraged by the possibility that Congress might direct the CDC to renew gun research. President Trump’s Secretary of Health and Human Resources, Alex Azar, said the day after the Florida shootings that he backs such efforts. But this shift might take a while. The agency has been without a leader since January, when director Brenda Fitzgerald resigned after news reports that she purchased tobacco stocks after taking office. Any big change in the status quo of the amendment—and more money for gun violence research—will probably have to wait for a change in control of Congress.