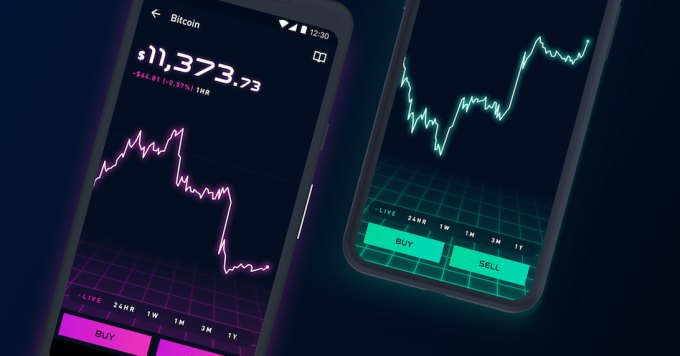 By adding a cryptocurrency exchange, a web version and stock option trading, Robinhood has managed to quadruple its valuation in a year, according to a source familiar with a new round the startup is raising. Robinhood is closing in on around $350 million in Series D funding led by Russian firm DST Global, the source says. That’s just 11 months after Robinhood confirmed TechCrunch’s scoop that the zero-fee stock trading app had raised a $110 million Series C at a $1.3 billion valuation. The new raise would bring Robinhood to $526 million in funding.

Details of the Series D were first reported by The Wall Street Journal.

The astronomical value growth shows that investors see Robinhood as a core part of the mobile finance tools upon which the next generation will rely. The startup also just proved its ability to nimbly adapt to trends by building its cryptocurrency trading feature in less than two months to make sure it wouldn’t miss the next big economic shift. One million users waitlisted for access in just the five days after Robinhood Crypto was announced.

The launch completed a trio of product debuts. The mobile app finally launched a website version for tracking and trading stocks without a commission in November. In December it opened options trading, making it a more robust alternative to brokers like E*Trade and Scottrade. They often charge $7 or more per stock trade compared to zero with Robinhood, but also give away features that are reserved for Robinhood’s premium Gold subscription tier.

Robinhood won’t say how many people have signed up for its $6 to $200 per month Gold service that lets people trade on margin, with higher prices netting them more borrowing power. That and earning interest on money stored in Robinhood accounts are the startup’s primary revenue sources.

Rapid product iteration and skyrocketing value surely helped recruit Josh Elman, who Robinhood announced yesterday has joined as VP of product as he transitions to a part-time roll at Greylock Partners. He could help the company build a platform business as a backbone for other fintech apps, they way he helped Facebook build its identity platform.

In effect, Robinhood has figured out how to make stock trading freemium. Rather than charge per trade with bonus features included, Robinhood gives away the bare-bones trades and charges for everything else. That could give it a steady, scalable business model akin to Dropbox, which grew by offering small amounts of free storage and then charging for extras and enterprise accounts. From a start with free trades, Robinhood could blossom into a hub for your mobile finance life.