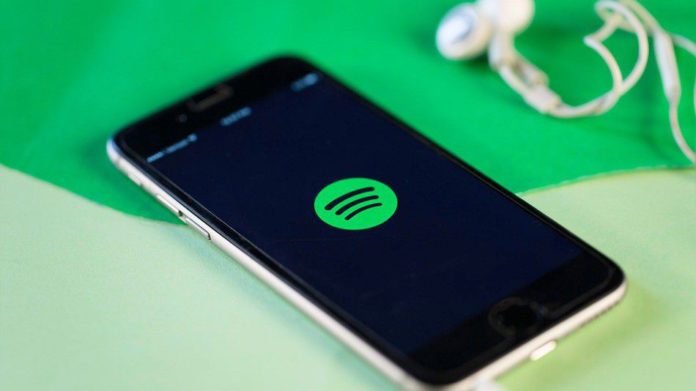 Spotify is dabbling in crowdsourced information, taking a leaf out of Wikipedia’s book.

The music streaming platform has started collecting suggested metadata edits from its users.

Spotify has allowed listeners access to its music metadata editor, Line-In, in an effort to collect a wide range of different user responses.

In a statement, Spotify said it hopes to learn from listeners’ descriptions of music. “By experimenting with this tool, we hope to better understand how Spotify listeners interpret music, so that we can improve experiences for both listeners and artists.”

If you use Spotify’s desktop app, you’ll be able to “suggest an edit” by clicking the three little dots beside an artist, album, or song title. 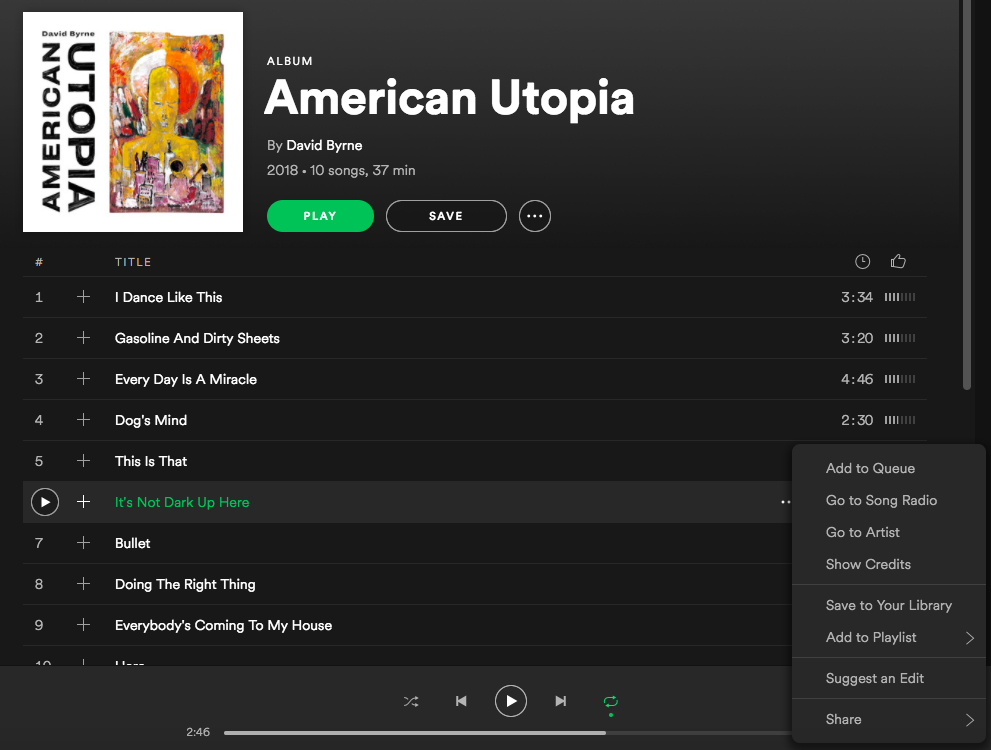 Once you’re logged in, you’re able to add edits to things like explicitness, language, genre, mood and “aliases” — other ways people refer to the song.

For example, some people might refer to Blur’s “Song 2” as that “woo-hoo” song or might call “Dilemma” by Nelly and Kelly Rowland, the “no matter what I do” song. 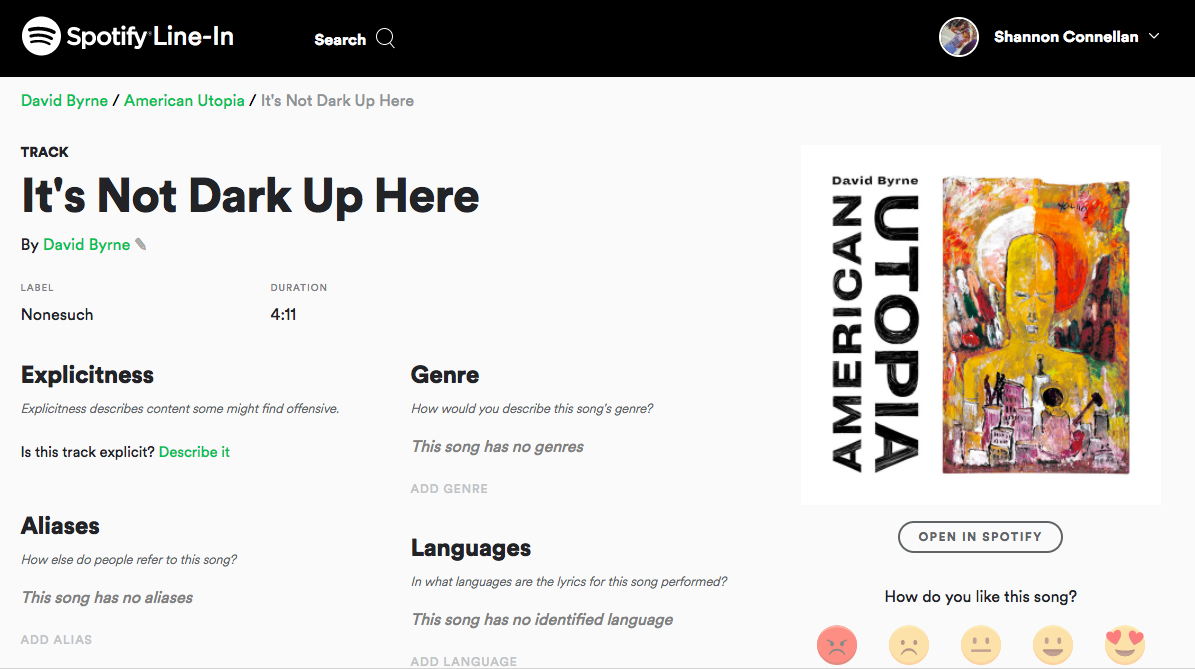 You’re also able to edit the roles of those involved with the song: producers, writers, featured artists etc. The only elements you can’t suggest edits for are the track title, label, duration and cover image.

Importantly, unlike Wikipedia, your edits won’t be implemented straight away, instead Spotify will collect and analyze all suggestions.

We’ll wait here while people inevitably make up the most ridiculous genres they can think of.

WATCH: ‘Jurassic World’ is coming to life with augmented reality 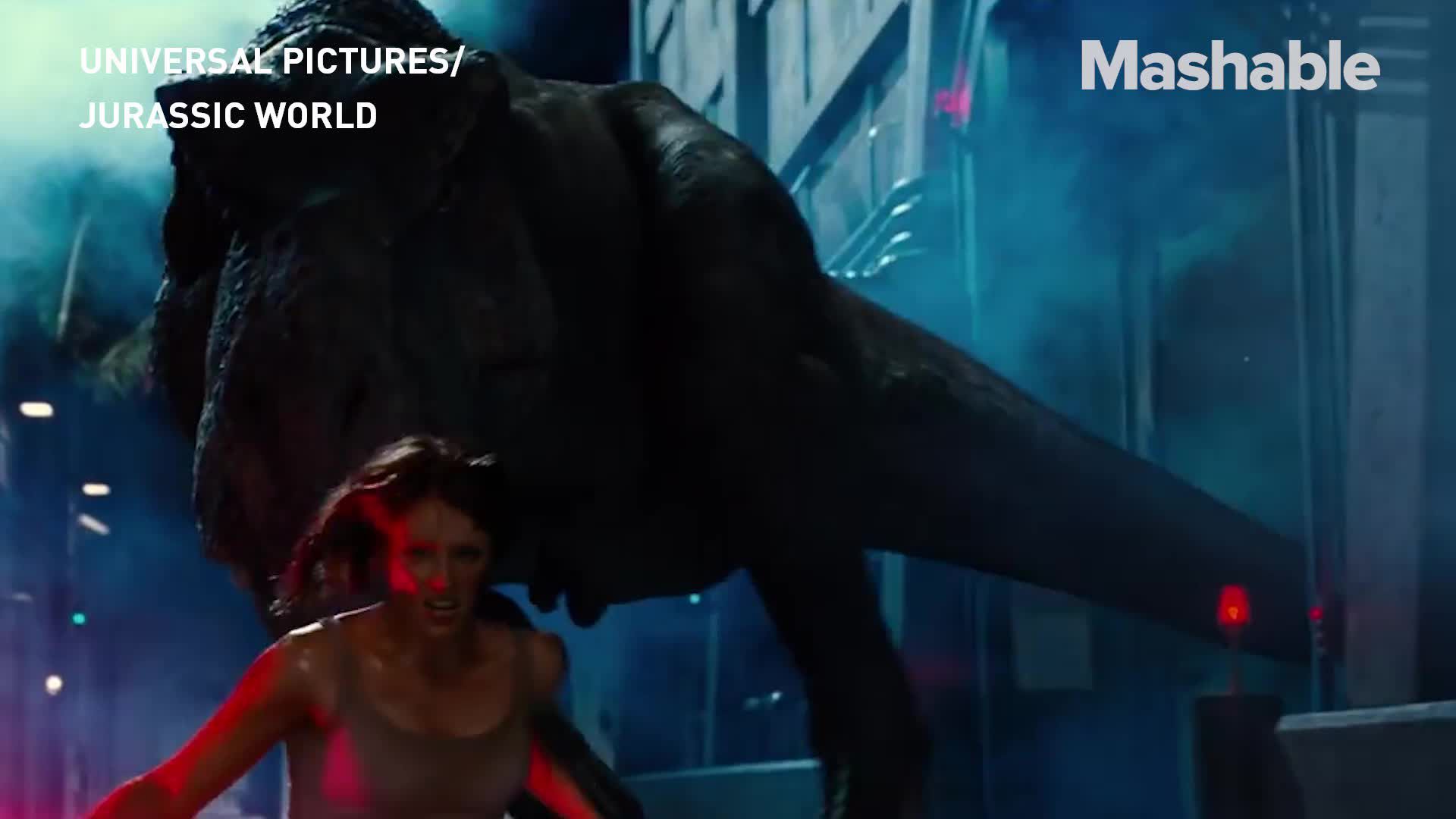