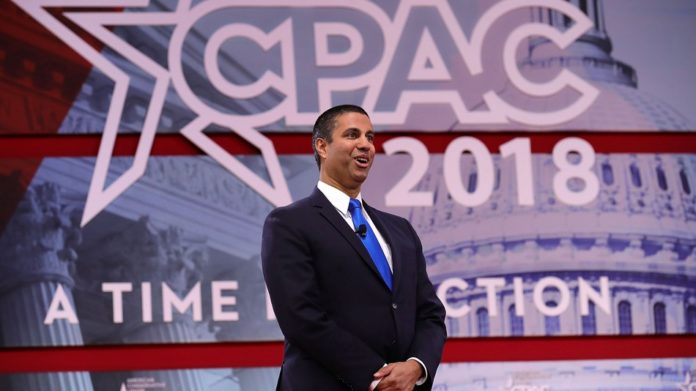 It was only a week ago that FCC Chairman Ajit Pai was surprised with a “Courage Under Fire” award from the NRA for killing net neutrality.

Pai led the effort to repeal Obama-era regulations that kept the internet free and open. By April 23, the new rules should be in place.

The NRA recognized Pai for his work destroying fair access to the internet with an award at the Conservative Political Action Conference last week.

It should be noted that the Charlton Heston Courage Under Fire Award is a gun — a handmade Kentucky long gun to be precise. This week, Politico reported Pai had to turn down the award because of ethical considerations.

In a letter to the NRA and American Conservative Union, the conference hosts, Pai wrote, “[My staff] asked backstage that the musket not be presented to me to ensure that this could be first discussed with and vetted by career ethics attorneys in the FCC’s Office of General Counsel,” according to Politico.

Even after his tenure at the FCC is over, Pai said he can’t accept the award, which the NRA assured would be kept safe in a museum with a plaque.

“Therefore, upon their counsel, I must respectfully decline the award,” Politico says he wrote. “I have also been advised by the FCC’s career ethics attorneys that I would not be able to accept the award upon my departure from government service.”