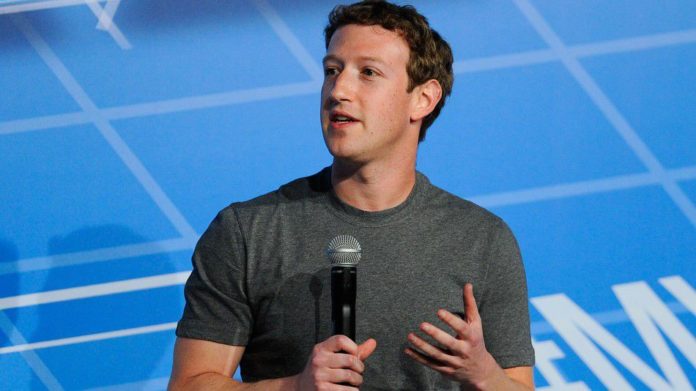 Perhaps Facebook should be regulated. That’s what Mark Zuckerberg said in a rare TV interview on Wednesday night.

“I actually am not sure we shouldn’t be regulated,” Zuckerberg told CNN’s Laurie Segall in a pre-taped interview.

“You know, I think in general, technology is an increasingly important trend in the world, and I actually think the question is more, ‘What is the right regulation?’ rather than, ‘Yes or no, should it be regulated?”

Zuckerberg’s TV appearance came in the wake of a scandal involving Cambridge Analytica, a data firm that the Trump campaign used during the 2016 presidential election.

The firm used a quiz created by researcher Aleksandr Kogan to access the personal data of 50 million Facebook users.

Facebook told Cambridge Analytica to delete the data several years ago, but didn’t confirm afterward that it had actually done so. Last Friday, Cambridge Analytica’s nefarious practices were exposed thanks to Christopher Wylie, a former contractor, who spoke to The New York Times and The Guardian.

Zuckerberg did not speak out about the matter until a Facebook post he shared, along with Chief Content Officer Sheryl Sandberg, on Wednesday. He also spoke with the New York Times, Recode, and WIRED.

A big issue: Facebook knew about the issue in 2015, and yet decided to sweep it under the rug. Now, thanks to Wylie blowing the whistle, Facebook has introduced several updates meant to prevent similar disasters in the future, including an audit of all apps that have access to user data.

“We’re now not just going to take people’s word for it,” Zuckerberg said in reference to researchers and developers using Facebook’s API to access vast amounts of user data.

But in the wake of the Cambridge Analytica scandal, U.S. lawmakers are asking Zuckerberg to testify on the matter.

“I’m happy to if it’s the right thing to do,” Zuckerberg said. “Our objective is to provide Congress, which is an extremely important job, to have the most information they can.”

Zuckerberg says he doesn’t want another election meddling scandal. One big reason: his children. No, not necessarily the more than 2 billion people who use his service every month.

“I really just care about building something that my girls are going to grow up and be proud of me for, ” he said, saying his “guiding philosophy” is to “work on a lot of hard things during the day and come home and just ask, ‘Will my girls be proud of what I did today?'”