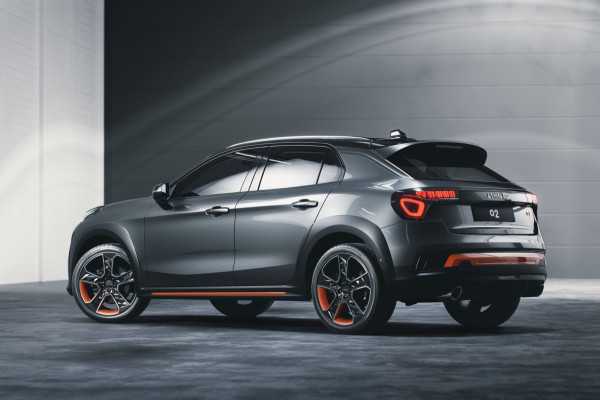 Geely’s Lynk & Co is one of the more interesting young automotive brands, with an approach to sales and marketing that more closely resembles modern gadget and lifestyle brand go-to-market strategy than traditional automaker sales. The Lynk & Co 01 SUV, designed to sit somewhere between Geely’s line on one end and Volvo’s vehicles on the other, debuted last year; now the company is revealing its 02, a more compact crossover SUV, again designed with mobility, connectivity, and the potential for shared use in mind.

The 02 was designed and engineered in Sweden, Lynk & Co says, by a team of international talent. It has a sportier look and feel when compared to the 01, but also clearly shares design traits with the original Lynk & CO. vehicle. The car is intended to capitalize on the rapidly growing crossover SUV model, which is particularly strong in Europe, where Lynk & Co is also finally revealing its market rollout plans after initially kicking off sales in China in 2017.

Lynk & Co will aim to start European sales of its vehicles in 2020, and will skip the traditional dealer model to launch what it’s calling “Offline Stores,” which sound in practice a lot like Tesla’s global showrooms: “Small, sociable brand boutiques in urban districts.” The automaker will also sell online via its Lynkco.com site, which is a trademark of its conception (again something seemingly derived from the Tesla playbook) and it’ll also have a rolling pop-up shop that can make visits to spots that won’t have a permanent Offline Store boutique.

Another bit of news from Lynk & Co this morning: They’re creating a design collaboration with online commerce platform Tictail. This will be a line of both clothing and home good that will be designed by Tictail’s designer community and sold via its platform, and it’s going to be called “The City Dweller Series.” It’s a bit heavyhanded, but it fits overall with Lynk & Co’s strategy of positioning itself as the brand of connected young professionals.