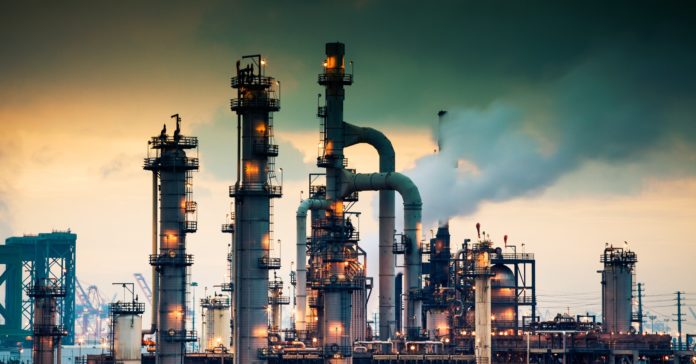 Chevron would like you to know that it believes in climate change. It also believes people cause it by burning carbon-based fuel—the kind Chevron extracts from the ground, refines, and sells. In fact, Chevron believes all this so hard that today its lawyer said so, in a federal court in San Francisco. Intergovernmental Panel on Climate Change? Yup. They’re right.

That’s not as up-is-down as it might sound; Chevron representatives have said as much before. The follow-up questions, though, will be the tricky part. Because what was at stake in that courtroom was not whether the effects of climate change—sea level rise, ocean acidification, weather extremes, wildfires, disease outbreaks—are people’s fault. It was whether a lawsuit could show that specific effects (floods) are specific people’s fault. Specifically, the people at Chevron.

…and BP and ExxonMobil, because San Francisco and Oakland are suing those companies for money to build seawalls and other protective infrastructure. The idea isn’t just that petrochemical transnationals extract, produce, and sell the fuel that puts carbon into the atmosphere. It’s that they knew that was bad, kept doing it anyway, and cut ads and marketing that tried to convince people it wasn’t a problem.

But before they could really dig into that, the judge in the case, William Alsup, asked for what he termed a “tutorial.” On March 6, he sent the lawyers on both sides a list of nine questions digging into the basic history and science of climate change (Number two: What is the molecular difference by which CO2 absorbs infrared radiation but oxygen and nitrogen do not?), with a special eye on sea level rise. Which is as odd as it sounds.

Outside the usual procedural kabuki of the courtroom, the truth is no one really knew what to expect from this court-ordered “tutorial.” For a culture based in large measure on precedent, putting counsel and experts in a room to hash out climate change for a trial—putting everyone on the record, in federal court, on what is and is not true about climate science—was literally unprecedented.

What Alsup got might not have been a full on PowerPoint-powered preview of the trial. But it did reveal a lot about the styles and conflicts inherent in the people who produce the carbon and the people who study it.

The other petrochemists put forth Theodore Boutrous, an AC-130 gunship of a lawyer who among other things got the US Supreme Court to overturn the California law against same-sex marriage. Here, retained specifically by Chevron, Boutrous argued what seemed to be climate change’s chapter-and-verse. He extolled the virtues of the several IPCC reports, 2013 most recently, and quoted them liberally. Boutrous talked about how the reports’ conclusions have gotten more and more surefooted about “anthropogenic” causes of climate change—it’s people!—and outcomes like sea level rise. “From Chevron’s perspective, there’s no debate about climate science,” Boutrous said. “Chevron accepts what this scientific body—scientists and others—what the IPCC has reached consensus on.”

Still, over the course of the morning, Boutrous nevertheless tried to neg the IPCC in two specific ways. One was a classic: He challenged the models that climate scientists use to attempt to predict the future. These computer models, Boutrous said, are “increasingly complex. That can make the modeling more powerful.” But with great power comes great potential wrongness. “Because it’s an attempt to represent things in the real world, the complexity can bring more risk.” He assured the court that Chevron agreed with the IPCC approach—posting up a slide pulled from an IPCC report that showed the multicolored paths of literally hundreds of models, using different emissions scenarios and essentially describing the best case and worst case (and a bunch of in-between cases). It looked like a blast of fireworks emerging from observed average temperature, headed chaotically up and to the right.

So here comes the crux of the thing—a question not of whether climate change is real, but whether you can ascribe blame for it. Leaning heavily on more IPCC quotes, Boutrous showed slides and statistics saying that climate change is a global problem that doesn’t differentially affect the West Coast of North America and isn’t caused by any one emitter. Or even any one source of emissions. Anthropogenic emissions are driven by things like population size, economic activities, lifestyle, energy use, land use patterns, and technology and climate policy, according to the IPCC. “The IPCC does not say it’s the extraction and production of oil,” Boutrous said. “It’s economic activity that creates the demand for energy and that leads to emissions.”

If that seems a little bit like the “guns don’t kill people; people kill people” of petrochemical capitalism, well, Judge Alsup did start the morning by saying today was a day for science, not politics.

So what knives did the representatives of the state of California bring to this oil-fight? Here’s where style is interesting. California didn’t front lawyers. For the science tutorial, the municipalities fronted scientists—people who’d been first authors on chapters in the IPCC reports from which Boutrous quoted, and one who’d written a more recent US report and a study of sea level rise in California. They knew their stuff and could answer all of Judge Alsup’s questions … but their presentations were more like science conference fodder than well-designed rhetoric.

For example, Myles Allen, leader of the Climate Research Program at the University of Oxford, gave a detailed, densely-illustrated talk on the history and science of climate change…but he also ended up in an extended back and forth with Alsup about whether Svante Arrhenius’ 1896 paper hypothesizing that carbon dioxide in Earth’s atmosphere warmed the planet explicitly used the world “logarithmic.” Donald Wuebbles, an atmospheric scientist at the University of Illinois and co-author of the Nobel Prize-winning 2007 IPCC report, mounted a grim litany of all the effects scientists can see, today, of climate, but Alsup caught him up asking for specific things he disagreed with Boutrous on—a tough game since Boutrous was just quoting the IPCC.

Then Alsup and Wuebbles took a detour into naming other renewable power sources besides solar and wind. “Nuclear would not put out any CO2, right? We might get some radiation as we drive by, but maybe in retrospect we should have taken a hard look at nuclear?” Alsup interrupted. “No doubt solar is good where you can use it, but do you really think it could be a substitute for supplying the amount of power America used in the last 30 years?”

“I think solar could be a significant factor of our energy future,” Wuebbles said. “I don’t think there’s any one silver bullet.”

In part, one might be tempted to put some blame on Alsup here. You might remember him from such trials as Uber v. Waymo, where he asked for a similar tutorial on self-driving car technology. Or from Oracle v. Google, a trial for which Alsup taught himself a little of the programming language Java so he’d understand the case better. Or from his intercession against the Trump administration’s attempt to cancel the Deferred Action for Childhood Arrivals program, protecting the immigration status of so-called Dreamers. “He’s kind of quirky and not reluctant to do things kind of outside the box,” said Deborah Sivas, Director of the Environmental and Natural Resource Law & Policy Program at Stanford Law School. “And I think he sees this as a precedent-setting case, as do the lawyers.”

It’s possible, then, to infer that Alsup was doing more than just getting up to speed on climate change on Wednesday. The physics and chemistry are quite literally textbook, and throughout the presentations he often seemed to know more than he was letting on. He challenged chart after chart incisively, and often cut in on history. When Allen brought up Roger Revelle’s work showing that oceans couldn’t absorb carbon—at least, not fast enough to stave off climate change, Alsup interrupted.

“Is it true that Revelle initially thought the ocean would absorb all the excess, and that he came to this buffer theory a little later?” Alsup asked.

“You may know more of this history than I do,” Allen said.

But on the other hand, some of what the litigators seemed to not know sent the scientists in the back in literal spasms. When Boutrous couldn’t answer Alsup’s questions about the specific causes of early 20th-century warming (presumably before the big industrial buildup of the 1950s), Allen and Wuebbles, sitting just outside the gallery, clenched fists and looked like they were having to keep from shouting out the answer. Later, Alsup acknowledged that he’d watched An Inconvenient Truth to prepare, and Boutrous said he had, too.

All of which makes it hard to tell whether bringing scientists to this table was the right move. And maybe that has been the problem all along. The interface where utterly flexible law and policy moves against the more rigid statistical uncertainties of scientific observation has always been contested space. The practitioners of both arts seem foreign to each other; the cultural mores differ.

Maybe that’s what this “tutorial” was meant for. As Sivas says, the facts aren’t really in doubt here. Or rather, most of them aren’t, and maybe Alsup will use today as a kind of discovery process, a way to crystalize the difference between uncertainty in science and uncertainty under the law. “That’s what judges do. They decide the credibility of one expert over another,” Sivas says. “That doesn’t mean it’s scientific truth. It means it’s true as a legal claim.”

Now things might get even more real. If a court attaches culpability for sea level rise in California to petrochemical companies, that might establish causation for a planet’s worth of damage, any disaster someone can plausibly connect to climate change. That’s wildfires, drought, more intense hurricanes. Attribute it to climate, and it could attribute all the way to fossil fuel companies’ bank accounts.

Twitter App For Android And iPhone Gets Refurbished, Brings Back Swipe...

GizmoCrazed - February 22, 2012 0
Usually app updates are not so hot to be covered in a separate post but when it comes to Twitter and the amazing changes...

Nokia N8 to go Officially on Sale in Last Week of...