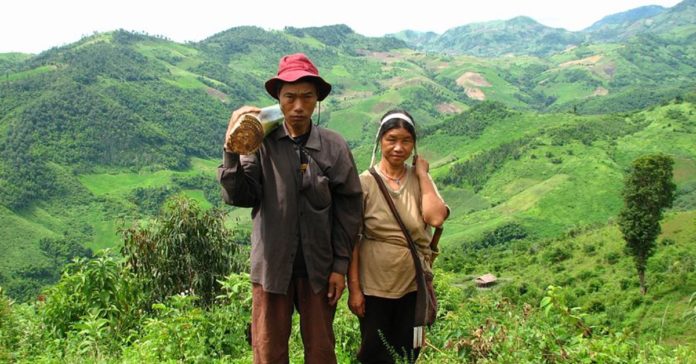 In 1972, Carl Sagan was preparing to send humans into space. The Pioneer missions were unmanned, sure—but NASA had asked Sagan to design a depiction of Earth’s inhabitants for the trip, just in case the spacecraft ran across some aliens. He designed two nude figures with the help of his wife, Linda Salzman Sagan, and his friend Frank Drake. Linda drew the woman to have Asian features, and the man African, according to Carl’s memoirs—though both ended up looking suspiciously European, with haircuts characteristic of the 1970s. Not unlike Sagan himself.

The Sagans were encountering an old problem. Any time the brains behind an encyclopedia (or a SETI mission) need to represent humanity, they have to somehow encompass the whole of the species in a single form—a type specimen, as biologists would call it.

Which is why the editors of the “human” entry on Wikipedia were having such a hard time in 2003. The crowdsourced encyclopedia, in theory, offers a solution to the problem of representation; no single writer has control over the way in which a subject is presented. But still: They had to choose a single image to lead the entry. And whatever photo they went with would inevitably leave out most of the diversity and cultural nuance that makes humanity beautiful and interesting.

At first, they chose the Pioneer plaque, which stayed in its privileged position for about five years. But the editors weren’t satisfied. Hundreds of pages of discussion reveal a group of people desperately trying to understand their own ignorance, and make amends for the known unknowns.

Which is how, after years of debate, a group of editors decided to replace Sagan’s example. For 10 years now, a couple in Thailand have represented us all, collectively. They stand in vivid green grass, against a backdrop of rolling hills. He wears a red hat and a furrowed brow; she, a gentle smile and a white band across her hair. They are our digital type specimens.

But on February 23, 2004, the Wikipedia editor Mishac pointed out that the drawing portrayed “caucasians:” “Just based on the guy’s hair it is evident that the people in the drawing are most definately [sic] not of sub-saharan, aboriginal australian, or east asian origin.” No one responded to Mishac, but the editor brought up an important point for the first time. About half of the world’s population is Asian. Less than a billion of the world’s 7.2 billion people are European or of European ancestry. It was simple math: The top image of Wikipedia’s human page represented a minority view of modern humanity.

By fall 2004, an earnest dialogue about objectivity emerged. Not only did the editors hope to look at humans as if they were a different species, they aimed to represent a temporal average. Things got esoteric fast. Editors Tom and Rednblu argued that the people in the image should wear clothes, as our wardrobe is a crucial part of how human evolution bypassed some of the selection factors that shaped other species. The editor dab disagreed, saying that humans have been “tribal hunters” for most of history, and did not necessarily need to be clothed. Paradoxically, perhaps facetiously, dab then nominated Wikipedia founder Jimmy Wales as a candidate for the top image (among other, more generic, suggestions). Wales consistently wears clothes in pictures and during public appearances.

Other suggestions: John Lennon and Yoko Ono. Albert Einstein. Plenty of celebrities, basically—which is more historically astute than you might think. Disciples of Carl Linnaeus, the founder of modern taxonomy, did the same thing. All Linnaeus left in place of a human description was a Latin phrase that meant “Man, know thyself.” But in 1959, William Stearn, a British botanist, named Linnaeus as the example for the human species. He wrote that, “Since for nomenclatorial purposes the specimen most carefully studied and recorded by the author is to be accepted as the type [specimen], clearly Linnaeus himself, who was much addicted to autobiography, must stand as the type of his Homo sapiens!” But since Linnaeus’ body was never exhumed from its resting place in Sweden, his posthumous status as the human type specimen is more of a formality than a practicality.

If the taxonomic community has kept Carl Linnaeus as the honorary representation of human beings, then Jimmy Wales, perhaps, makes sense for Wikipedia. Wales’ photos would have helped the editors work around the challenges of copyright and photo quality that crop up on Wikipedia, too. But that argument wasn’t good enough for the nerds who control the web’s favorite encyclopedia. So in the fall of 2004, the crew went with the photo below of two girls in the United States.

It was far from perfect. Editors objected that the photo, taken by American photographer Gordon Parks as part of a government project in 1943, was too US-centric. It didn’t reflect racial realities in the states, they said. And the sepia film obscured the subjects’ skin tones.

So between 2004 and 2008, Wikipedia editors were stuck in a tug of war between these two imperfect representations. Wikipedia’s open-edit policy led to some awkward user interfaces, as editors swapped and added pictures. Sometimes the Pioneer plaque again prevailed; at others, both images appeared together on the page.

Editors kept bringing up the basic anatomical problems with the Pioneer image. The woman in the picture lacked external genitalia. The drawing was not in color. It didn’t show children or older adults. More photos were put up for consideration, including a tastefully nude family with one child and one pregnant woman. Some Wikipedians thought they could bypass the controversy altogether by just putting a picture of a hand or cartoon faces. The arguments grew so heated that an editor consulted Wales himself, who wrote, “Having reviewed the issue only briefly, I have nothing helpful to add to the content discussion, which appears to be proceeding nicely and in accordance with best practices.”

Wales is the only source for this story who grew more impatient with the benefit of hindsight. When asked about the top image debate for this story, he wrote, “I’m not sure why this is interesting or in any way controversial. They are humans. You want to have a variety of pictures, and the article does. One of them has to be the first one on the page, and this one is. So what?”

Years had passed, but the editors remained stubbornly committed to their question. And after several years and many pages worth of arguments, they finally came to a consensus.

In 2007, a user who goes by Silence found a photo on the “Couples” page of Wikipedia and added it to the suggestions. It was a photo of a man and a woman from the Akha community in Thailand. A German photographer called Manuel Jobi, with the username Weltenbummler84, took the photo and added it to German Wikipedia in December 2006. In 2007, Jobi added it to the Wikimedia commons.

Silence, who (appropriately) did not comment for this story, writes in an FAQ that he picked this picture in particular because it was near the top of the page for alphabetical reasons—“Akha” starts with the letter “A.” No one changed it back, perhaps because they did not want to refute each of the exhaustive arguments penned by Silence and other editors. And so the power of arbitrary selection allowed the group to finally reach a consensus after years of debate. “In that long discussion, I think it’s quite easy to get wedded to your point of view,” says the editor Cedders. “And in the end, we just selected a random image.”

Just as the image on the plaque would tell aliens a lot about humans as a whole—we stand upright and have fingers—this image tells the rest of the world a lot about the Akha, a community of about 700,000 people who live in the areas surrounding the Mekong River. Micah Morton, an anthropologist who has lived with and writes about Akha traditions, was able to confirm that the couple in the photograph were Akha based on the woman’s shoulder bag. He says the sheath at her side holds a machete that the pair probably used to cut down the banana tree stalk that the man is carrying over his shoulder. They presumably returned home, cut the leaf into tiny pieces, and added it to pig feed.

For many generations the Akha grew rice, which each member of the community is supposed to offer up to their ancestors 12 times a year. But now many Akha grow more lucrative crops like coffee, tea, and rubber. Most young people attend compulsory national public schools, and have moved to towns and cities. Perhaps the combination of tradition and flux means that this picture meets the “represents humans over a long period of time” requirement, making them especially appropriate candidates to grace the top of the Wikipedia page dedicated to humans.

Neither the photographer nor the subjects agreed to provide our digital type specimens. Just as a shriveled northeastern leopard frog at the University of Michigan Museum of Zoology represents its whole species, so this couple stands for all of us.

Onlookers could easily villainize the Wikipedia editors for the biases they publically grappled with. The theoretical benefits of crowd-editing are, after all, highly theoretical; editors are predominantly male and tech-savvy, which might have contributed to the initial popularity of the Pioneer plaque. “In reading through the comments, I think I was too attached to the iconography associated with that great technical achievement of humans,” says David Mertz, an editor who argued in favor of the Sagans’ designs in 2008. “Maybe that is a little too culturally specific in retrospect.”

But the editors’ unpaid dedication to introspection over many years is admirable. The challenges of taxonomy are not dead. Future scientists will have to teach computers, not aliens, to recognize the human image. Right now, software engineers program artificial intelligence to recognize people by feeding them millions of pictures of faces. But whose faces?

Computer scientists run into the same questions about gender, race, and culture that the Wikipedia editors encountered. Being able to use more than one photo expands the conversation, but does not necessarily make it easier.

Humans of the Web

Why The New iPad Is Called ‘iPad’

GizmoCrazed - March 8, 2012 0
Scratching your head ? No? Millions of Apple fans are doing so and the puzzled look on their face is self explanatory. Yes, its...

Top 10 Biggest Mafias in the World