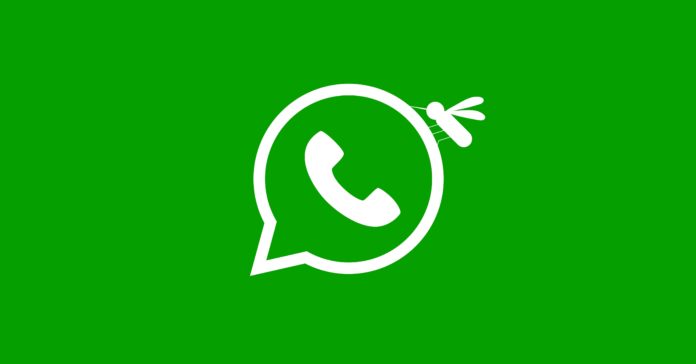 In remote areas of Brazil’s Amazon basin, yellow fever used to be a rare, if regular visitor. Every six to ten years, during the hot season, mosquitoes would pick it up from infected monkeys and spread it to a few loggers, hunters, and farmers at the forests’ edges in the northwestern part of the country. But in 2016, perhaps driven by climate change or deforestation or both, the deadly virus broke its pattern.

Yellow fever began expanding south, even through the winter months, infecting more than 1,500 people and killing nearly 500. The mosquito-borne virus attacks the liver, causing its signature jaundice and internal hemorrhaging (the Mayans called it xekik, or “blood vomit”). Today, that pestilence is racing toward Rio de Janeiro and Sao Paolo at the rate of more than a mile a day, turning Brazil’s coastal megacities into mega-ticking-timebombs. The only thing spreading faster is misinformation about the dangers of a yellow fever vaccine—the very thing that could halt the virus’s advance. And nowhere is it happening faster than on WhatsApp.

In recent weeks, rumors of fatal vaccine reactions, mercury preservatives, and government conspiracies have surfaced with alarming speed on the Facebook-owned encrypted messaging service, which is used by 120 million of Brazil’s roughly 200 million residents. The platform has long incubated and proliferated fake news, in Brazil in particular. With its modest data requirements, WhatsApp is especially popular among middle and lower income individuals there, many of whom rely on it as their primary news consumption platform. But as the country’s health authorities scramble to contain the worst outbreak in decades, WhatsApp’s misinformation trade threatens to go from destabilizing to deadly.

On January 25, Brazilian health officials launched a mass campaign to vaccinate 95 percent of residents in the 69 municipalities directly in the disease’s path—a total of 23 million people. A yellow fever vaccine has been mandatory since 2002 for any Brazilian born in regions where the virus is endemic. But in the last two years the disease has pushed beyond its normal range into territories where fewer than a quarter of people are immune, including the urban areas of Rio and Sao Paulo.

By the time of the announcement, the fake news cycle was already underway. Earlier in the month an audio message from a woman claiming to be a doctor at a well-known research institute began circulating on WhatsApp, warning that the vaccine is dangerous. (The institute denied that the recording came from any of its employees). A few weeks later it was a story linking the death of a university student to the vaccine. (That too proved to be a false report). In February, Igor Sacramento’s mother-in-law messaged him a pair of videos suggesting that the yellow fever vaccine was actually a scam aimed at reducing the world population. A health communication researcher at Fiocruz, one of Brazil’s largest scientific institutions, Sacramento recognized a scam when he saw one. And no, it wasn’t a global illuminati plot to kill off his countrymen. But he could understand why people would be taken in by it.

“These videos are very sophisticated, with good editing, testimonials from experts, and personal experiences,” Sacramento says. It’s the same journalistic format people see on TV, so it bears the shape of truth. And when people share these videos or news stories within their social networks as personal messages, it changes the calculus of trust. “We are transitioning from a society that experienced truth based on facts to a society based on its experience of truth in intimacy, in emotion, in closeness,” says Sacramento.

People are more likely to believe rumours from family and friends. There’s no algorithm mediating the experience. And when that misinformation comes in the form of forwarded texts and videos—which look the same as personal messages in WhatsApp—they’re lent another layer of legitimacy. Then you get the network compounding effect; if you’re in multiple group chats that all receive the fake news, the repetition makes them more believable still.

Of course, these are all just theories. Because of WhatsApp’s end-to-end encryption and the closed nature of its networks, it’s nearly impossible to study how misinformation moves through it. For users in countries with a history of state-sponsored violence, like Brazil, that secrecy is a feature. But it’s a bug for anyone trying to study them. “I think WhatsApp hoaxes and disinformation campaigns are a bit more pernicious [than Facebook] because their diffusion cannot be monitored,” says Pablo Ortellado, a fake news researcher and professor of public policy at the University of Sao Paulo. Misinformation on WhatsApp can only be identified when it jumps to other social media sites or bleeds into the real world.

In Brazil, it’s starting to do both. One of the videos Sacramento received from his mother-in-law is still up on YouTube, where it’s been viewed over a million times. Other stories circulated on WhatsApp are now being shared in Facebook groups with thousands of users, mostly worried mothers exchanging stories and fears. And in the streets of Rio and Sao Paulo, some people are staying away from the health workers in white coats. As of February 27, only 5.5 million people had received the shot, though it’s difficult to say how much of the slow start is due to fake news as opposed to logistical delays. A spokeswoman for the Brazilian Ministry of Health said in an email that the agency has seen an uptick in concern from residents regarding post-vaccination adverse events since the start of the year and acknowledged that the spread of false news through social media can interfere with vaccination coverage, but did not comment on its specific impact on this latest campaign.

While the Ministry has engaged in a very active pro-vaccine education operation—publishing weekly newsletters, posting on social media, and getting people on the ground at churches, temples, trade unions, and clinics—health communication researchers like Sacramento say health officials made one glaring mistake. They didn’t pay close enough attention to language.

You see, on top of all this, there’s a global yellow fever vaccine shortage going on at the moment. The vaccine is available at a limited number of clinics in the US, but it’s only used here as a travel shot. So far this year, the Centers for Disease Control and Prevention has registered no cases of the virus within US borders, though in light of the outbreak it did issue a Level 2 travel notice in January, urging all Americans traveling to the affected states in Brazil to get vaccinated first.

Because it’s endemic in the country, Brazil makes its own vaccine, and is currently ramping up production from 5 million to 10 million doses per month by June. But in the interim, authorities are administering smaller doses of what they have on hand, known as a “fractional dose.” It’s a well-demonstrated emergency maneuver, which staved off a yellow fever outbreak in the Democratic Republic of the Congo in 2016. According to the WHO, it’s “the best way to stretch vaccine supplies and protect against as many people as possible.” But a partial dose, one that’s guaranteed for only 12 months, has been met by mistrust in Brazil, where a single vaccination had always been good for a lifetime of protection.

“The population in general understood the wording of ‘fractionated’ to mean weak,” says Sacramento. Although technically correct, the word took on a more sinister meaning as it spread through social media circles. Some videos even claimed the fractionated vaccine could cause renal failure. And while they may be unscientific, they’re not completely wrong.

Like any medicine, the yellow fever vaccine can cause side effects. Between 2 and 4 percent of people experience mild headaches, low-grade fevers, or pain at the site of injection. But there have also been rare reports of life-threatening allergic reactions and damage to the nervous system and other internal organs. According to the Health Ministry, six people died in 2017 on account of an adverse reaction to the vaccine. The agency estimates that one in 76,000 will have an anaphylactic reaction, one in 125,000 will experience a severe nervous system reaction, and one in 250,000 will suffer a life-threatening illness with organ failure. Which means that if 5 million people get vaccinated, you’ll wind up with about 20 organ failures, 50 nervous system issues, and 70 allergic shocks. Of course, if yellow fever infected 5 million people, 333,000 people could die.

Not every fake news story is 100 percent false. But they are out of proportion with reality. That’s the thing about social media. It can amplify real but statistically unlikely things just as much as it spreads totally made up stuff. What you wind up with is a murky mix of information that has just enough truth to be credible.

And that makes it a whole lot harder to fight. You can’t just start by shouting it all down. Sacramento says too often health officials opt to frame these rumors as a dichotomy: “Is this true or is this a myth?” That alienates people from the science. Instead, the institution where he works has begun to produce social media-specific videos that start a dialogue about the importance of vaccines, while remaining open to people’s fears. “Brazil is a country full of social inequalities and contradictions,” he says. “The only way to understand what is happening is to talk to people who are different from you.” Unfortunately, that’s the one thing WhatsApp is designed not to let you do.

GizmoCrazed - June 10, 2016 0
NASA’s leadership and top aeronautics innovators will discuss the agency’s 10-year plan to transform aviation at the American Institute of Aeronautics and Astronautics (AIAA)...

These Perfectly Imperfect Diamonds Are Built for Quantum Physics

Apple could charge $9.99 per month each for HBO, Showtime and...