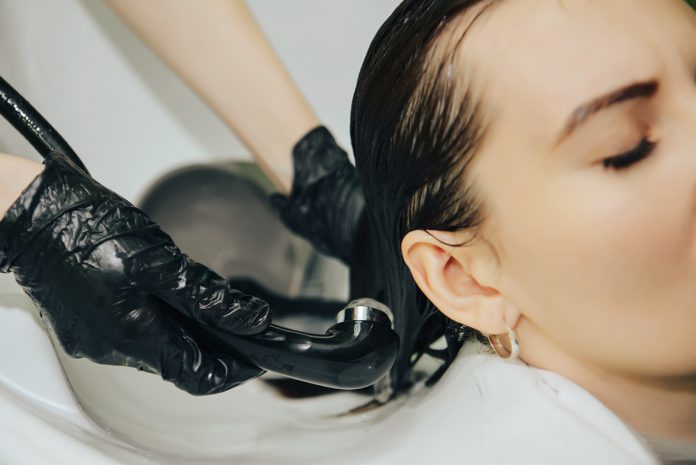 Graphene is something of a celebrity in the world of nanoscale materials. Isolated in 2004 by Nobel Prize winners Andre Geim and Konstantin Novoselov, these ultrathin sheets of carbon atoms are already finding novel uses in areas like electronics, high-efficiency heating systems, water purification technologies and even golf balls. According to recent research published in the journal Chem, hair dyes can now be added to this list.

But how safe and responsible is this new use of the carbon-based wonder-material?

From these headlines, you might be forgiven for getting the idea that the safety of graphene-based hair dyes is a done deal. Yet having studied the potential health and environmental impacts of engineered nanomaterials for more years than I care to remember, I find such overly optimistic pronouncements worrying – especially when they’re not backed up by clear evidence. 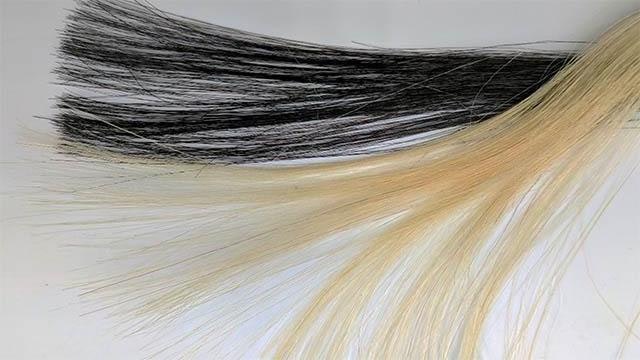 As the dye wears off, where do the nanoparticles go? (Credit: Jiaxing Huang, Northwestern University, CC BY-ND)

Engineered nanomaterials like graphene and graphene oxide (the particular form used in the dye experiments) aren’t necessarily harmful. But nanomaterials can behave in unusual ways that depend on particle size, shape, chemistry and application. Because of this, researchers have long been cautious about giving them a clean bill of health without first testing them extensively. And while a large body of research to date doesn’t indicate graphene is particularly dangerous, neither does it suggest it’s completely safe.

A quick search of scientific papers over the past few years shows that, since 2004, over 2,000 studies have been published that mention graphene toxicity; nearly 500 were published in 2017 alone.

This growing body of research suggests that if graphene gets into your body or the environment in sufficient quantities, it could cause harm. A 2016 review, for instance, indicated that graphene oxide particles could result in lung damage at high doses (equivalent to around 0.7 grams of inhaled material). Another review published in 2017 suggested that these materials could affect the biology of some plants and algae, as well as invertebrates and vertebrates toward the lower end of the ecological pyramid. The authors of the 2017 study concluded that research “unequivocally confirms that graphene in any of its numerous forms and derivatives must be approached as a potentially hazardous material.”

These studies need to be approached with care, as the precise risks of graphene exposure will depend on how the material is used, how exposure occurs and how much of it is encountered. Yet there’s sufficient evidence to suggest that this substance should be used with caution – especially where there’s a high chance of exposure or that it could be released into the environment.

Unfortunately, graphene-based hair dyes tick both of these boxes. Used in this way, the substance is potentially inhalable (especially with spray-on products) and ingestible through careless use. It’s also almost guaranteed that excess graphene-containing dye will wash down the drain and into the environment.

Here, due diligence is needed to ensure that the material is acceptably safe. This is something that goes beyond the seeming authority of a press release headline. In fact, such misleading headlines could end up being counterproductive, as they undermine efforts to demonstrate trustworthiness with consumers and investors. 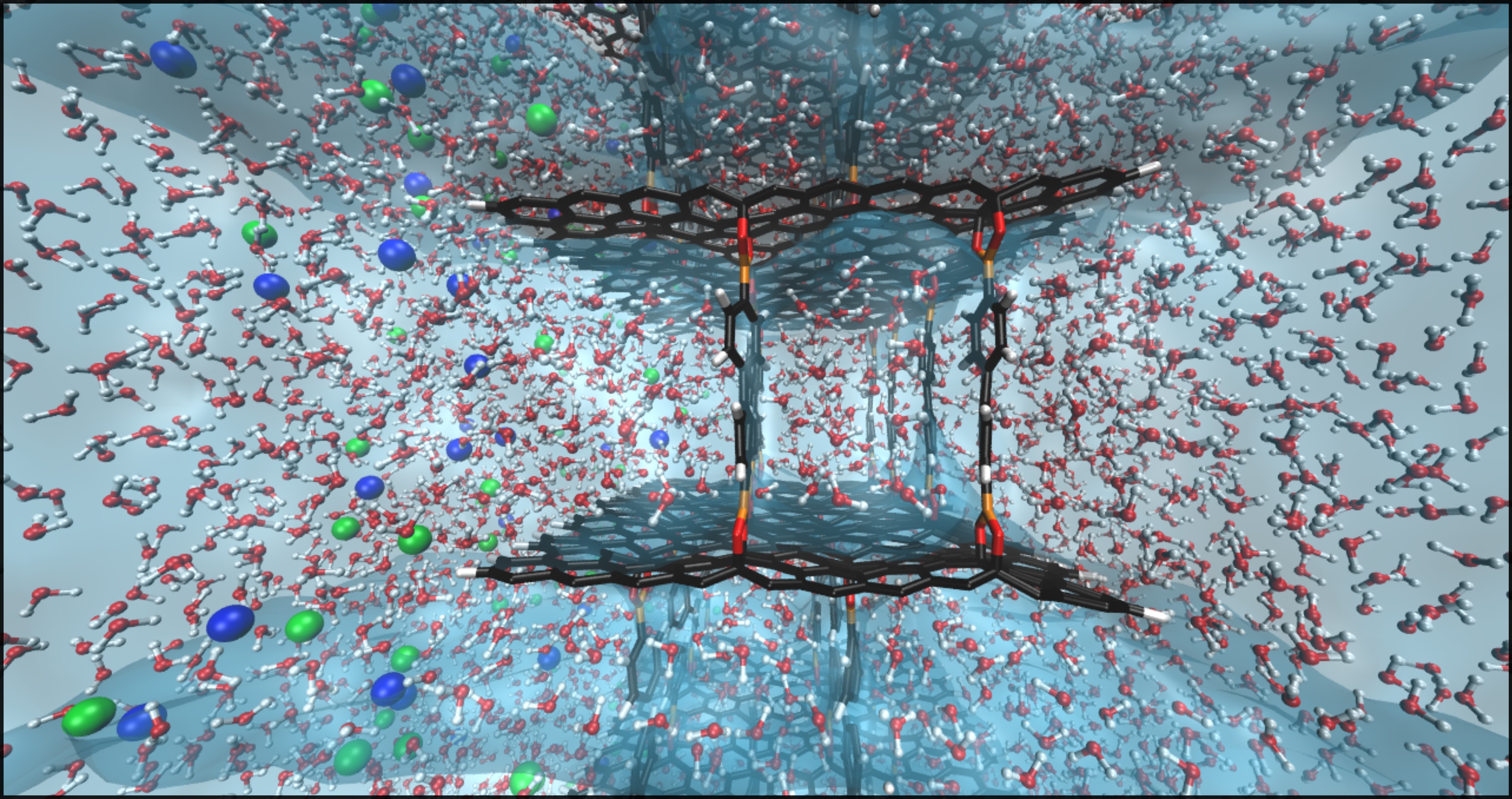 I was alerted to just how counterproductive such headlines can be by my colleague Tim Harper, founder of G2O Water Technologies – a company that uses graphene oxide-coated membranes to treat wastewater. Like many companies in this area, G2O has been working to use graphene responsibly by minimizing the amount of graphene that ends up released to the environment.

Yet as Tim pointed out to me, if people are led to believe “that bunging a few grams of graphene down the drain every time you dye your hair is OK, this invalidates all the work we are doing making sure the few nanograms of graphene on our membranes stay put.” Many companies that use nanomaterials are trying to do the right thing, but it’s hard to justify the time and expense of being responsible when someone else’s more cavalier actions undercut your efforts.

Here, naïve claims of safety and gung-ho approaches to promoting graphene-containing products could very easily threaten the responsible development and use of this material. And if companies pull back from acting responsibly, there’s a danger that consumers, investors and even regulators, will lose trust in their ability to ensure the safety of products of all kinds.

If this happens, consumers will be the ultimate losers. Used responsibly, graphene could lead to more sustainable and environmentally benign products. Yet having watched the public backlash against technologies like genetic engineering over the past couple of decades, I’m acutely aware that failing to earn the trust of stakeholders and consumers can stymie technologies, regardless of how safe and beneficial they are.

This is where researchers and their institutions need to move beyond an “economy of promises” that spurs on hyperbole and discourages caution, and think more critically about how their statements may ultimately undermine responsible and beneficial development of a technology. They may even want to consider using guidelines, such as the Principles for Responsible Innovation developed by the organization Society Inside, for instance, to guide what they do and say.

To their credit, the authors of the dye study did give a passing mention to research on graphene safety, mostly focusing on an assumed level of safety compared to current dye products. Yet even this perfunctory level of caution failed to make it into the press release, which touted a “new hair dye that is nontoxic, nondamaging and lasts through many washes without fading.”

It may turn out that graphene-based hair dyes can be developed safely. To be fair, the reported application isn’t even close to commercial R&D yet, never mind the salon shelf. And certainly, there’s a case to be made for substituting some of the harsh chemicals currently used in some products with more benign ones. But this won’t happen while researchers and their institutions gloss over legitimate concerns and cautions with blind optimism.

Rather, by taking more care in how nanomaterial research is framed and promoted, researchers and their academic institutions could do a lot to ensure future nano-enabled consumer products are safe, beneficial and, above all, responsible.

Iran Imposes A Ban On Battlefield 3

GizmoCrazed - November 29, 2011 7
Battlefield 3 has been another major hit from EA and DICE in the gaming market. Although it lagged behind MW3's 6.5 million sales on...