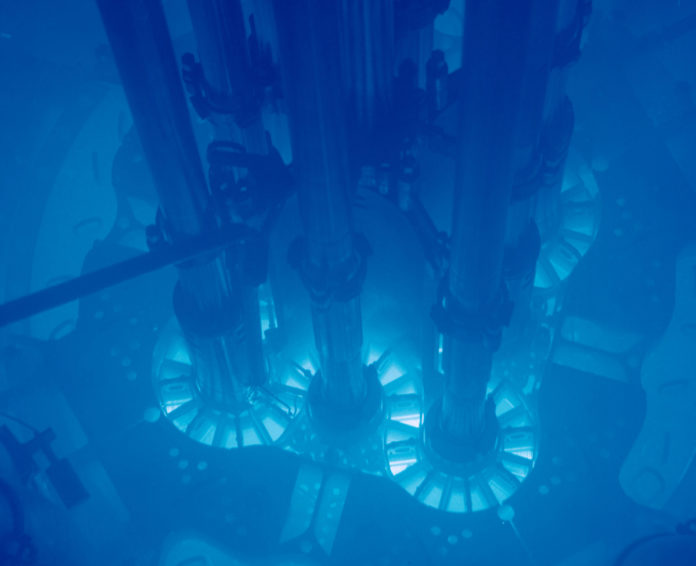 When we hear the word “radiation,” we tend to think of atomic bombs (like the ones that fell on Hiroshima and Nagasaki), or environmental mishaps like the three-eyed fish living outside Springfield’s nuclear power plant on The Simpsons. But radiation – a term that refers to the transmission of energy through waves and particles – is not always a destructive force.

“The word radiation is a lot broader than people realize,” says Johnathan M. Links, a medical physicist and professor at Johns Hopkins School of Public Health. “When people say radiation, what they usually mean is ionizing radiation, which has sufficient energy to eject electrons from atoms. Non-ionizing radiation doesn’t have that capability, and that’s an important distinction. When you eject electrons from atoms you can break chemical bonds, and that’s what leads to the microscopic and macroscopic damage that radiation causes.”

By breaking those chemical bonds inside our bodies, ionizing radiation can destroy or damage critical components of our cells, leading to injury, and at high enough doses, death. And low-level exposure can damage our DNA, potentially creating harmful mutations down the road.

Exposure to ionizing radiation over time (even in small doses) increases the risk of developing cancer. But the amount of background radiation we’re exposed to yearly is so small, human beings would have to live for thousands of years before it could do any damage. However, when humans are exposed to very large amounts of ionizing radiation in a short period of time, Acute Radiation Syndrome (ARS) occurs.

“There’s a very noticeable threshold for developing radiation sickness, and in big round numbers that threshold is around 100 rads,” says Links. (For context, a mammogram is only 0.4 rads, or approximately 7 weeks of background radiation exposure.) People exposed to 100 rads start to show signs of ARS, which include fatigue, nausea, vomiting, diarrhea, and seizures – and the higher the dose, the more likely death is to occur.

“Depending on the dose, you could die in 2-3 weeks as the blood-forming cells in your bone marrow shut down, or you might die in a matter of days because your GI tract is affected and you can’t absorb nutrients,” Links says. Generally speaking, anything over 600 rads is considered a lethal dose.

And it’s happened before, although such incidents are fairly rare. Whether it was because the effects and sources of radiation weren’t fully known or because of an unfortunate accident, human beings have encountered deadly doses of radiation before. Here are five of the most notable incidents.

Born in 1880, Ebenezer (“Eben”) Byers was a wealthy socialite and amateur golf champion from Pittsburgh, PA. After an injury in 1927, Byers was prescribed a tonic called Radithor in the hopes it would ease his pain and improve his health. (It didn’t.) Over the next two years, Byers guzzled an estimated 14,000 bottles of Radithor, causing his jaw, teeth, and parts of his skull to dissolve. After a protracted illness, Byers died of radiation sickness in March 1932 at the age of 51.

Internationally renowned chemist and physicist Marie Curie is famous for discovering the radioactive elements polonium and radium, along with being the first woman to snag the Nobel prize in physics and chemistry. But what she’s also famous for is carrying vials of radium around in the pocket of her lab coat or storing them in her desk, marveling at their unearthly blue-green glow. Unfortunately, the habit exposed Curie to high levels of ionizing radiation. She succumbed to aplastic anemia in 1934, a condition characterized by bone marrow cells that don’t produce new blood cells. Curie was exposed to such a large dose of radiation, in fact, that her personal effects are still radioactive and will remain so for another 1500 years. Visiting scientists who want to view Curie’s notebooks are required to sign a waiver and wear protective gear. 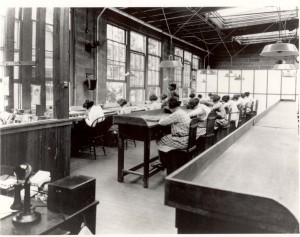 After Marie Curie discovered it in 1898, radium started appearing everywhere. Not just in tonics like Radithor, but as an additive in everything from toothpaste to cosmetics. In 1916, the United States Radium Corporation opened a factory in Orange, NJ and hired 70 young women to paint numbers on wristwatches with luminous paint. Because the toxic effects of radium were not totally known (the girls, in fact, thought working around radium would improve their health), the factory workers painted the radium on their nails and skin, admiring the way they glowed after a day of work. What’s worse, their employers had the girls draw the brushes between their lips to create a fine point on the end of the paintbrush – meaning they were literally ingesting radium every single day. When the factory workers – now known as “the radium girls” – started showing signs of sickness and bone decay, they sued the U.S. Radium Corporation – and won. Many of the original radium girls were dead of radiation sickness within five years.

After the incidents of the 1920s, the acute and chronic effects of ionizing radiation exposure were more clearly understood. Thanks to the outspokenness of the Radium Girls and coverage from the news media, radium was taken off the market and civilian exposure became much more rare. However, scientists were beginning to study nuclear energy to develop the atomic bomb for military use – and sometimes, radiation sickness resulted. 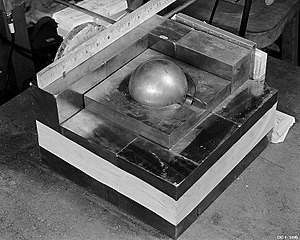 A replica of what the Demon Core would have looked like at the time of the accident. (Credit: Los Alamos National Laboratory/Wikimedia Commons)

At the Los Alamos National Laboratory in New Mexico, Manhattan Project physicist Harry K. Daghlian was conducting an experiment alone, at night, with an enormous round sphere of plutonium. The sphere was the exposed core of a nuclear weapon, and Daghlian was attempting to build a neutron reflector, a device that would make it easier to produce a nuclear reaction, from stacked bricks of tungsten carbide. The sphere was stable, but as more neutrons were reflected back it inched closer to criticality, the point at which a sustainable nuclear reaction would begin. As Daghlian layered his bricks, his monitoring equipment told him that the core was about to turn supercritical. Daghlian attempted to remove a brick – but instead dropped it on the plutonium sphere, rendering the sphere supercritical and exposing himself to thousands of rads of ionizing radiation. He died 25 days later.

Strangely, one year later, another physicist named Louis Slotin was conducting a similar criticality experiment on the core and dropped it. The sphere sent out a burst of radioactivity in a bright blue flash of light, and Slotin was exposed to a similarly intense burst of radiation. Although he initially seemed fine, Slotin quickly developed nausea, vomiting and radiation burns, and his white blood cell count plummeted. He was hospitalized and died of radiation sickness within 9 days.

Ionizing radiation gets a bad rap. Even though exposure can increase the likelihood of getting cancer over a lifetime, it can also diagnose and treat cancer as well. Since its invention in 1895, people have used X-rays to locate cancerous tumors in the body and relied on radiation therapy to shrink them.

In one unfortunate accident in 1990, cancer patients receiving radiation treatments at the Clinic of Zaragoza, in Spain, were blasted with a high dose of radiation during therapy – up to seven times higher than the appropriate dose, thanks to faulty machinery. In all, 27 patients were irradiated, causing damage to their skin and internal organs. 20 of the 27 patients who were irradiated developed sickness from radiation exposure and died of various ailments within five years.

Radiation is a powerful force – able to kill and to save lives. When radiation kills, it can be disastrous – but these disasters have also taught us to be careful with this powerful phenomenon. It’s a hard-earned lesson indeed.

GizmoCrazed - March 9, 2018 0
Volkswagen’s big centerpiece for this year’s Geneva Motor Show is the I.D. Vizzion, the latest in its I.D. EV lineup and the car that’s...