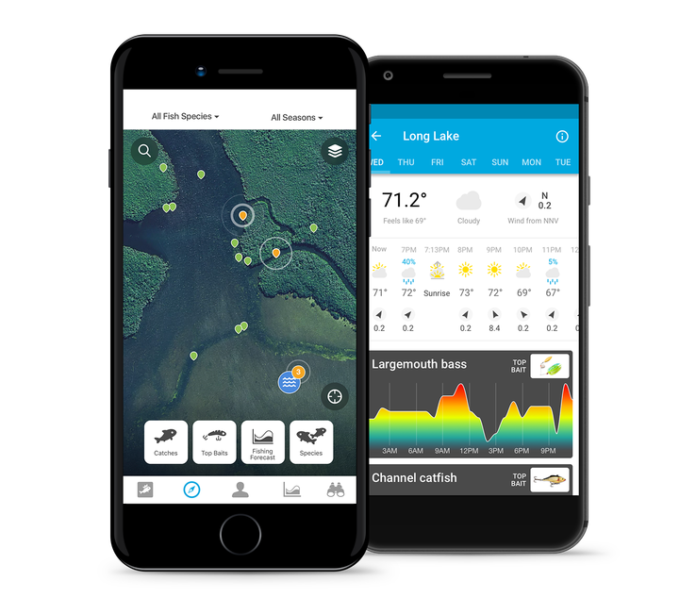 Fishbrain, the Sweden-made mobile app and social network for sport fishing, is disclosing $13.5 million in Series B funding. The round is led by B Capital Group, the VC fund founded by Facebook co-founder Eduardo Saverin, with participation from SoftBank Ventures Korea, and existing investors Northzone, and Industrifonden.

The new cash injection, which brings total funding to $28 million, will be used by the startup to expand its vertical social network and data-driven app that claims a membership of over 5 million anglers. This will include doubling headcount from 30 to 60 this year, in a bid to accelerate user growth and continue to build out what Fishbrain claims is the leading digital platform for sport fishing.

The company was conceived of in around 2011 after co-founder Johan Attby exited Tific, a B2B platform for IT support. Being entrepreneurial at heart, he begun thinking about what his next venture would be, while working through an 18 month earn-out. After looking into varies ideas, Attby decided he wanted to build a vertical social network.

“In a general social network like Facebook the discussions are very shallow and there’s no lasting value in them. My thesis was that people that share a passion wanted to do that in a peer-group and that the discussions would have lasting value as users share real information. I also saw the opportunity of making the actual service better based on all the data you crowdsource in a vertical social network… so I decided to pursue the idea”.

The vertical of choice would become sport fishing after the Fishbrain co-founder read a newspaper article that highlighted fishing as being the world’s most popular hobby. The aim would be to create a community of like-minded people who love to fish, with a user experience for anglers that would be far more rewarding than posting catches to Facebook or Instagram.

“I grew up on a farm in Sweden and had fished all my life, so I recognised the potential of a massively popular pastime that had no dominant mobile app to connect fans. It all just clicked into place. As an angler, we created something that I love,” he says.

“Fishbrain provides beginner to pro anglers with the tools and insights to fully enjoy their fishing. The interactive map makes it easier for anglers to find hot new fishing spots and see what other anglers are catching, with Fish Species Recognition, fishing forecasts, and bait recommendations all combining to help take our users’ fishing experiences to the next level. We do the hard work of crunching data so that anglers don’t have to”.

To date, Fishbrain’s community of users has logged over 3.7 million catches worth of data, which are fed into the app’s machine learning based model that recognises fish species using computer vision. This data is then combined with weather, tide patterns and other data points to help predict when and where users can catch their desired fish.

“It’s important to stress that at Fishbrain we are all immensely focused on environmental sustainability, and advocate a catch and release policy, whereby the angler will put a fish back in the water once it’s been caught. When it comes to the outdoors, tomorrow matters too,” adds Attby.

Fishbrain is available for free on iOS and Android, with a premium version starting at $5.99 per month that enables users to use the startup’s AI-powered Forecast feature, unlock all shared catch positions, and explore the most effective baits.