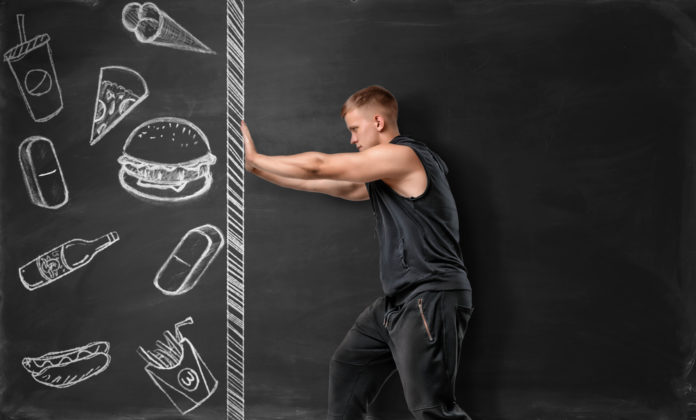 Athletes training for endurance competitions tend to eat a lot, especially carbohydrates, which produce glucose to fuel the muscles. Olympic swimmer Michael Phelps took in 12,000 calories a day during the 2008 Summer Olympics, for example. Regimented nutrition diets are also popular among athletes. The top Mixed Martial Arts fighters employ full-time nutritionists who prepare each meal for them.

More bodybuilders, professional cyclists and other athletes are turning up their nose at food. Some of them fast two days a week by eating about 600 calories a day (not a fast proper, but enough to achieve its metabolic effects) and then eating regularly the other five days. In shoptalk, this is called the 5:2 diet. Meanwhile, these athletes are doing aerobics and strengthening exercises – in other words, full training.

At first this sounds odd. Exercise uses energy that needs to be replenished by food. How could fasting work into the equation? And yet an animal study released this week offers evidence that fasting and exercise work well together, even increasing endurance.

Mark Mattson, a neuroscientist at Johns Hopkins University and head of the neurosciences lab at the National Institute on Aging in Baltimore, Md., says that, from an evolutionary perspective, it makes sense that fasting and exercise might have a synergistic effect. Our pre-historic ancestors likely went without food for long stretches and hunted on an empty stomach, Mattson says. To catch prey, their survival depended on peak mental and physical performance.

“Individuals whose brains and bodies function well in the fasting state had a survival advantage,” says Mattson, who coauthored the study that appeared Tuesday on the website for the Federation of American Societies for Experimental Biology (FASEB).

In the study, mice were placed in groups: One group ate as much as it wanted and exercised 45 minutes each day on a treadmill; a second group fasted every other day and exercised 45 minutes on a treadmill; and a third group also fasted every other day but did not exercise. A control group of mice ate whatever it wanted and did not exercise. The diet was standard high carb. The study lasted two months.

The mice who fasted and exercised had better wheel endurance, in some cases up to 30 percent, than mice in all four groups. This was despite the fact that the exercising mice were taking in 10 to 15 percent fewer calories than the sedentary mice. “The key finding is that intermittent fasting during a period of daily running results in enhanced endurance,” Mattson says.

The paper mentions that a group of professional cyclists who fasted overnight (no breakfast) had better race times the following day than on the days when they didn’t fast. The paper also discusses a study of men who fasted for 16 hours a day while performing strengthening exercises regularly. The men lost body fat and gained muscle mass despite the caloric restriction. For people who regularly fast or are on a diet, strengthening exercises can prevent loss of muscle mass by increasing fatty acid oxidation in muscle cells, the paper says.

The authors of the mice study claim that during a 12- to 16-hour fast, the body depletes its energy source of glucose, or sugar, in the liver. The body switches to fatty acids for fuel. Instead of burning sugars, the body burns fat, a more efficient source of energy. This mobilizes ketone bodies.

Ketones have almost magical affects on the body and, according to some scientists, on the mind, as well. The metabolic change from glucose to ketones has been associated in human and other animal studies with better health and greater resistance to chronic diseases. Cognitive studies suggest the brain becomes sharper when ketones are activated — think ancient hunter with an empty belly chasing and outwitting quarry.

In recent years, ketone chatter has made its way into popular culture. Many celebrities — such as socialite Kim Kardashian, actress Halle Berry and country musician Tim McGraw — are on the keto diet, which consists of low carbs and high fats. Basketball stars Lebron James and Kobe Bryant have also gone keto.

The diet is thought to simulate the benefits of intermittent fasting by forcing the body to use fat as a fuel source. A low-carb diet such as the keto diet can lower glucose levels and activate ketone bodies, scientists say. Dieters get the healthful effects of fasting without actually doing it.

But studies are mixed on whether the keto diet improves endurance, and a lot of dietitians are skeptical of its nutritional profile.

Michelle Harvie, a research dietitian in Manchester, England, who co-developed the 5:2 diet, says people lose weight on the keto diet, but the diet lacks fiber and has a lot of saturated fats, which put people at risk for cardiovascular diseases.

As for intermittent fasting, Harvie says human studies show it’s an effective way to lose weight. Mattson goes further. Besides increasing endurance, fasting for 12 to 16 hours can “increase activity in neuronal networks involved in learning and memory,” he says.

Harvie hopes for a fasting revolution. “At the end of the day, [in the U.K.] and in the U.S., there is no fast,” Harvie says. “There is just a constant graze from dusk to dawn and even in the middle of the night. So I think we need to get back to some sort of pattern or spells of not eating.”