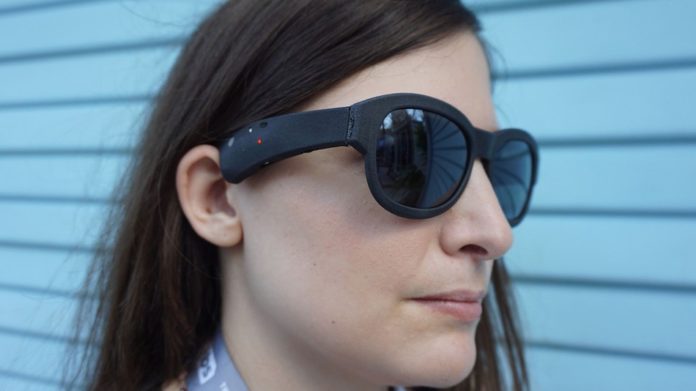 But unlike the failed Google Glass and other smart glasses designed to overlay digital objects and information on top of the real world, Bose’s AR glasses have no screen and no camera. Instead, they use sound to provide useful context when you’re out and about.

Announced at SXSW, the Bose AR sunglasses look like any ordinary pair of sunglasses. The 3D-printed prototypes that I saw and tried on were specifically designed to not draw attention in public. 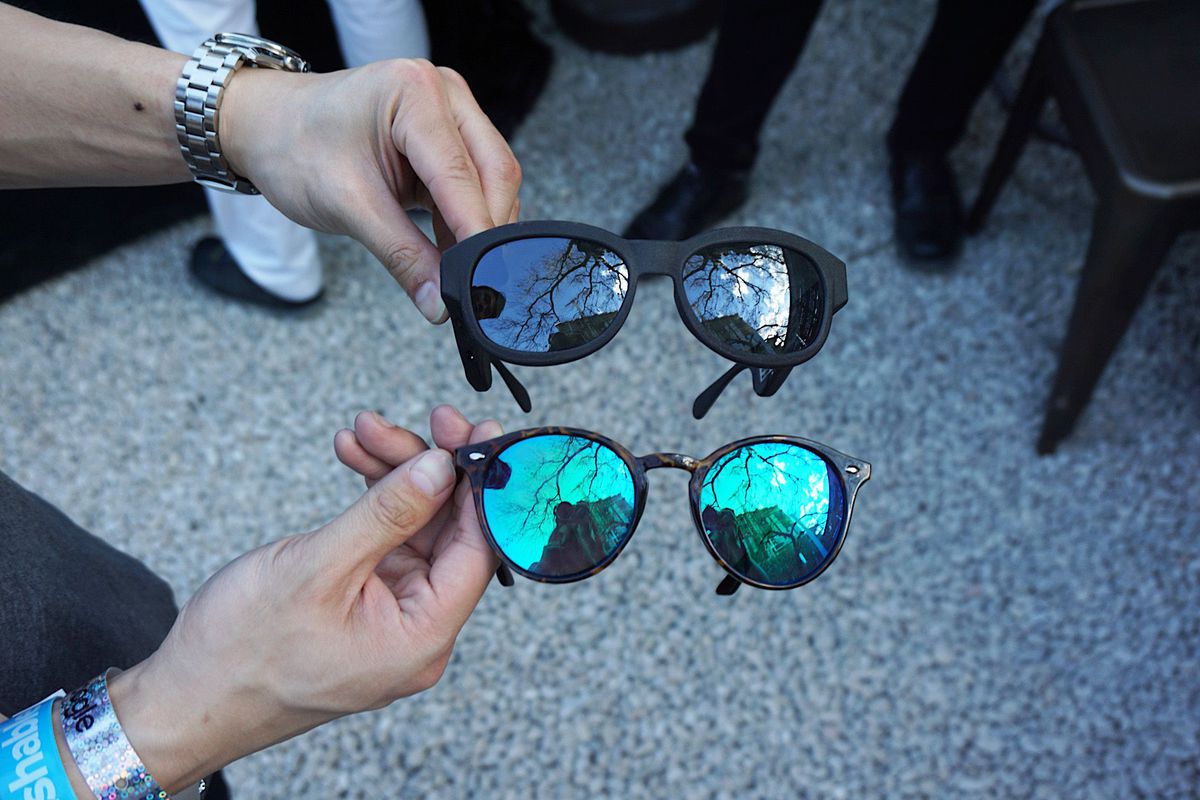 They Bose AR sunglasses (top) are about the same size as regular sunglasses.

Even though they were prototypes, I was impressed by the fit. They’re super light and don’t weigh your face down. All of the electronics, including the battery, are stored inside of the stems.

So what can you do with with them? Well, you can listen to music without disturbing others around you.

The AR glasses have two narrow directional speakers built into the ends of the stems that blast sound right into your ears without needing any kind of earbuds. You can hear the music, but other’s can’t unless they literally press up against them. 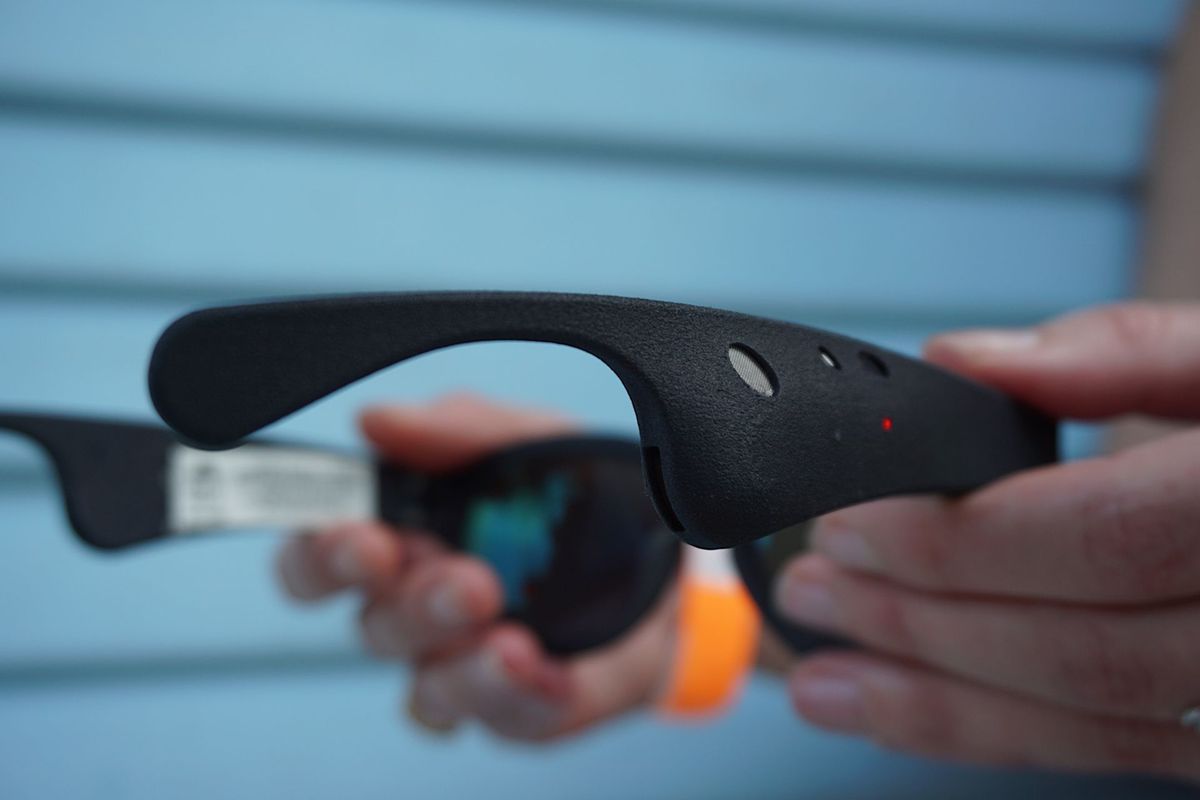 The directional speakers shoot sound right into your ears for a personal listening experience.

And they sound really great. I expected the sound to be average given how thin the speakers are, but was honestly blown away by the clarity. But then again, I probably shouldn’t have been shocked: Bose built its reputation around sound quality, after all. 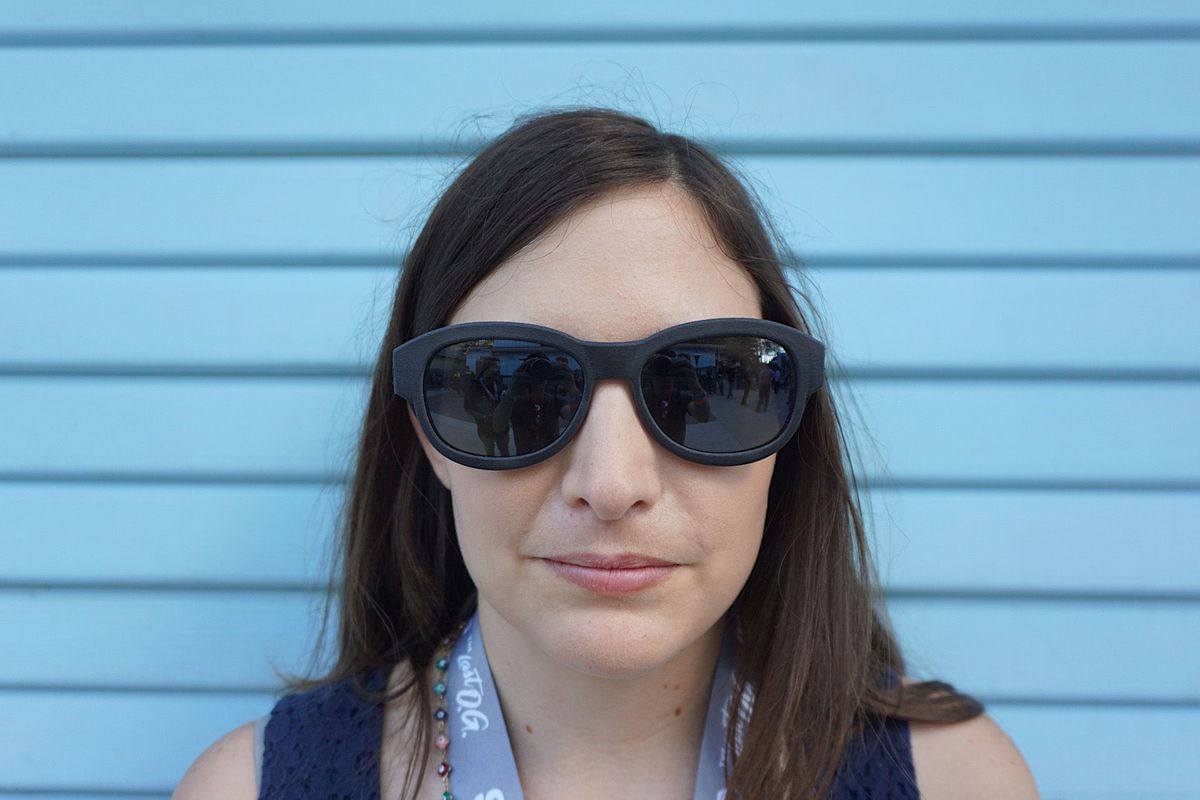 These are just 3D printed prototypes, but they still look pretty good.

Beyond listening to music, the Bose AR sunglasses know what you’re looking at without using any camera. On a walking tour outside of its SXSW activation, Bose showed me how to get audio information simply by looking at a bar or landmark and then double-tapping either the left or right stem.

Bose says its AR glasses use on-board motion sensors that can detect precisely which direction you’re facing, working with GPS coordinates from a paired smartphone to essentially “see” where the glasses are facing.

With the right content providers, Bose imagines users will be able to look at a restaurant or building and get reviews, ratings, and other relevant info. 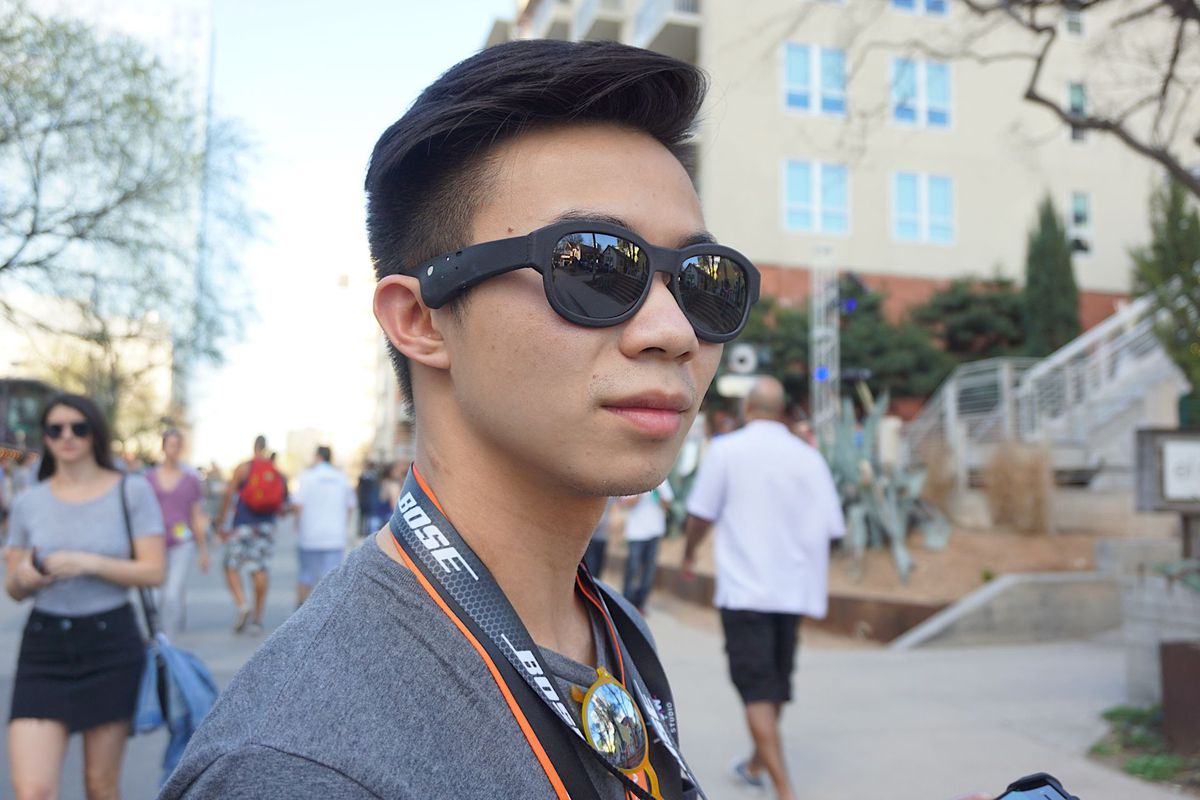 Tap on the stems of the AR glasses and they’ll tell you info on what you’re looking at.

Additionally, the AR glasses also recognize head-based gestures. So for instance, if you’ve got an incoming phone call, you can nod your head to answer or shake your head to decline it. Or to select items on an audio-based carousel menu, you might rotate your head to the left and right.

The AR glasses themselves are a solid piece of kit, but if Bose ever wants them to catch on, it’ll need content providers to get on board with them and integrate their data. Because what good are smart glasses they can’t tell you about anything?

That’s where Bose’s new $50 million venture fund comes in. They’re investing in companies to help build out its Bose AR into a platform. ASICS Studio, Strava, TripAdvisor, TuneIn, and Yelp have all signed up to work with Bose.

The goal isn’t just to get services on Bose’s own hardware, but to get others to build its AR audio tech into other form factors like headphones and helmets.

There’s no word on pricing, but a tweaked version of the Bose AR will be released this summer in limited quantities along with an SDK for developers.

When people think of AR, they think of Google Glass or even smartphone-based AR apps such as Pokémon Go, but as Bose is trying so hard to showcase, audio is also another way to augment reality. Instead of a screen that’s shoving information in front of your eyeballs, sound can be is less distracting. And in many cases it might be the better approach.