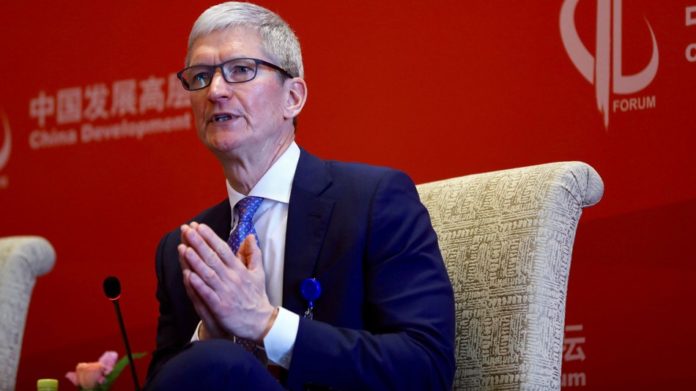 Tim Cook looks at Facebook’s messy Cambridge Analytica affair as something of a wake-up call.

The Apple CEO has largely kept quiet on privacy issues since Facebook’s troubles sprung up last week. That’s when we learned that the political consulting firm Cambridge Analytica quietly, deceptively gathered data belonging to more than 50 million Facebook users in 2014.

Cook’s silence ended abruptly on Saturday when he fielded a question about the Facebook situation and how it affects his views on data privacy. Speaking at the China Development Forum in Beijing, Cook voiced his support for government regulation (h/t Bloomberg).

“I think that this certain situation is so dire and has become so large that probably some well-crafted regulation is necessary,” Cook said. “The ability of anyone to know what you’ve been browsing about for years, who your contacts are, who their contacts are, things you like and dislike and every intimate detail of your life — from my own point of view it shouldn’t exist.”

He went on describe a long-held worry that people aren’t necessarily aware of what they’re giving away in terms of their personal data when they sign up for one online service or another.

“We’ve worried for a number of years that people in many countries were giving up data probably without knowing fully what they were doing and that these detailed profiles that were being built of them, that one day something would occur and people would be incredibly offended by what had been done without them being aware of it,” he said.

“Unfortunately that prediction has come true more than once.”

Cook didn’t specifically name the United States as one of those “many countries,” but he later pointed out “the countries that embrace openness do exceptional.”

Weak data privacy laws aren’t a uniquely American problem, but — as the Facebook/Cambridge Analytica situation illustrates — they are an American problem too. Especially when you look at something like the General Data Protection Regulation, an EU-wide initiative that puts more of the onus on business interests to protect their users in fair and common sense ways.