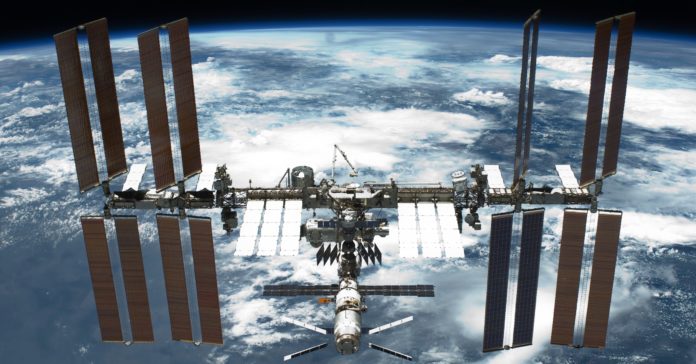 President Trump’s new budget request, released Monday, directs NASA to leave behind the International Space Station and explore the moon as a first step toward reaching Mars. The spending plan ends funding of the International Space Station by 2025, replacing taxpayers’ money with revenue from private firms. It proposes $150 million to help get companies to transition to this brave new industrial park.

While NASA and space enthusiasts have been talking about privatizing the station for years, Monday’s announcement is the first time the idea has been officially endorsed by the White House. Advocates of a mission to Mars note that NASA is spending too much on keeping the ISS in orbit, and that it dilutes the mission of the space agency in terms of human space exploration. By putting an endpoint on US government involvement in the station, they argue, its new chapter can begin.

That means a lot to companies trying to attract customers who may want to take a gamble on setting up shop in orbit—using the space to develop new kinds of materials, test pharmaceuticals, or just provide a cool hideout for wealthy tourists.

“Not only is the administration saying, here’s our suggestion, let’s put in some budget money for companies to transition, but it also allows companies to raise money, and line up investors,” says Jeffrey Manber, CEO of Texas-based space logistics firm NanoRacks, which has sent more than 600 commercial and educational payloads to the station since 2009. Most are standardized mini-laboratories that plug directly into an existing equipment rack on the station. These small experiments rely on zero-gravity conditions on the ISS and are a testbed for a scaled-up manufacturing facility of the future.

Rather than selling the ISS to a big corporation (Boeing currently operates the station for NASA), Manber suggests splitting it up into pieces. There could be a space hotel in one orbital location, for example, with another one set up especially for manufacturing. “You could cannibalize the station,” he says. “If the goal is having a facility for manufacture of thin film silicon wafers, you don’t want a guy exercising on a bicycle next to it.”

NASA’s acting administrator Robert Lightfoot described the activity of these space-going ISS tenants during his budget announcement to employees at the Marshall Space Flight Center in Huntsville, Ala., on Monday. “While we head to the moon and ultimately to Mars, we need to be able to look back at low Earth orbit and see a vibrant economy, an economy that we have created and we’ve spurred with things like the International Space Station,” Lightfoot said. “This budget proposes to stimulate commercial industry opportunities in low Earth orbit by providing an off-ramp for government led operations on the space station.”

That might be a slow off-ramp. Many companies say they need time and money to shift from a government-run station to a new privately-operated one. That’s one reason why the new NASA budget proposal calls for $150 million in help to develop more access to the station.

“If they just flip the switch, it won’t work,” says Dylan Taylor, a space investor and founder of Space Angels, a venture capital firm that has invested in 50 space-related firms in the past few years. A five-year transition will help find a company that can keep things running, with the help of experienced NASA managers on call if something goes awry. “I would see one master logistics operator for resupply and scheduling,” Taylor says. “Then someone who is actually subdividing the volume of the space station to other operators who would use it for monetary purposes.”

Of course, there are two big problems with the above scenario. One, Congress likes the space station and has resisted calls to abandon it. Sen. Ted Cruz, Republican chair of the Senate Science Committee, said he hoped reports of ending station funding would “prove as unfounded as Bigfoot” and blamed it on “numbskulls” at the Office of Management and Budget.

“As a fiscal conservative, you know one of the dumbest things you can do is cancel programs after billions in investment when there is still serious usable life ahead,” Cruz said last week at the FAA Commercial Space Transportation Conference in Washington, DC.

Two, the ISS is actually a UN-style partnership. It was built and operated with help from Russia, Europe, Canada, and Japan, all of whom use the station to train their own astronauts, conduct biomedical research, and test new technology. Even though NASA has paid the lion’s share of the ISS costs over the past 20 years, those countries all pitched in money, astronauts, and rocket time—and it doesn’t appear that anyone at the White House or NASA asked them about this new privatization plan. Trump would have to shred (or renegotiate) multiple international agreements to privatize the ISS. So until both the foreign partners and Congress become convinced, the idea of a private space station will likely remain just that.

GizmoCrazed - December 13, 2018 0
Fintech startup Revolut is now officially a bank. While the startup initially expected to get its European banking license during the first half of...

Freight train with no driver is one step closer to a...

Doctors 3D Printed a Replacement for This Woman’s Damaged Spine