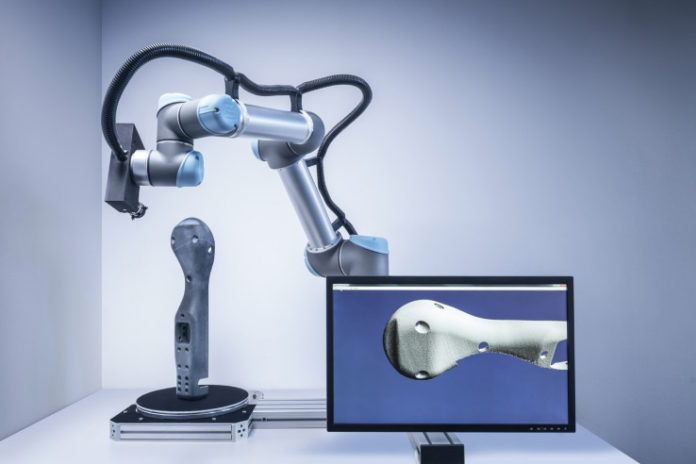 If you need to make a 3D model of an object, there are plenty of ways to do so, but most of them are only automated to the extent that they know how to spin in circles around that object and put together a mesh. This new system from Fraunhofer does it more intelligently, getting a basic idea of the object to be scanned and planning out what motions will let it do so efficiently and comprehensively.

It takes what can be a time-consuming step out of the process in which a scan is complete and the user has to inspect it, find where it falls short (an overhanging part occluding another, for instance, or an area of greater complexity that requires closer scrutiny) and customize a new scan to make up for these lacks. Alternatively, the scanner might already have to have a 3D model loaded in order to recognize what it’s looking at and know where to focus.

Fraunhofer’s project, led by Pedro Santos at the Institute for Computer Graphics Research, aims to get it right the first time by having the system evaluate its own imagery as it goes and plan its next move.

“The special thing about our system is that it scans components autonomously and in real time,” he said in a news release. It’s able to “measure any component, irrespective of its design — and you don’t have to teach it.”

This could help in creating one-off duplicates of parts the system has never seen before, like a custom-made lamp or container, or a replacement for a vintage car’s door or engine.

If you happen to be in Hanover in April, drop by Hannover Messe and try it out for yourself.