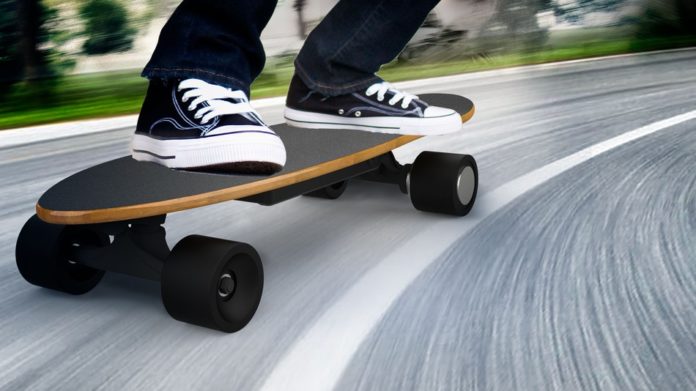 I’m a decent skateboarder, and electric skateboards terrify me.

Most electric skateboards are remote-controlled. When I push the button to start the board, it tends to jerk abruptly into motion, because my hands are uncoordinated, and my fingers are thick and clumsy. When I do manage to get it moving, my finger quivers, because if it slips and pushes the throttle by accident, the board will abruptly shoot forward, and I’ll fall off and die, probably.

But after a good deal of searching, I’ve found it: An electric skateboard that I’m not constantly terrified of falling off of. Enter the Hover-1 Cruze, currently available for $249.99 at Best Buy.

The board was invented by 14-year-old Michael Wahba, a teenage skater who apparently had the same issue with electric boards that I did: He hated the jerk. He invented and licensed the board through an inventing platform called Quirky, which develops and distributes products from eccentric inventors of all ages.

The main thing that sets the Cruze apart from other electric skateboards is the acceleration mechanism.

As I mentioned, most electric skateboards, such as the highly acclaimed Boosted Board, are powered by a remote control, which the rider has to hold and use to shift speeds while she rides. 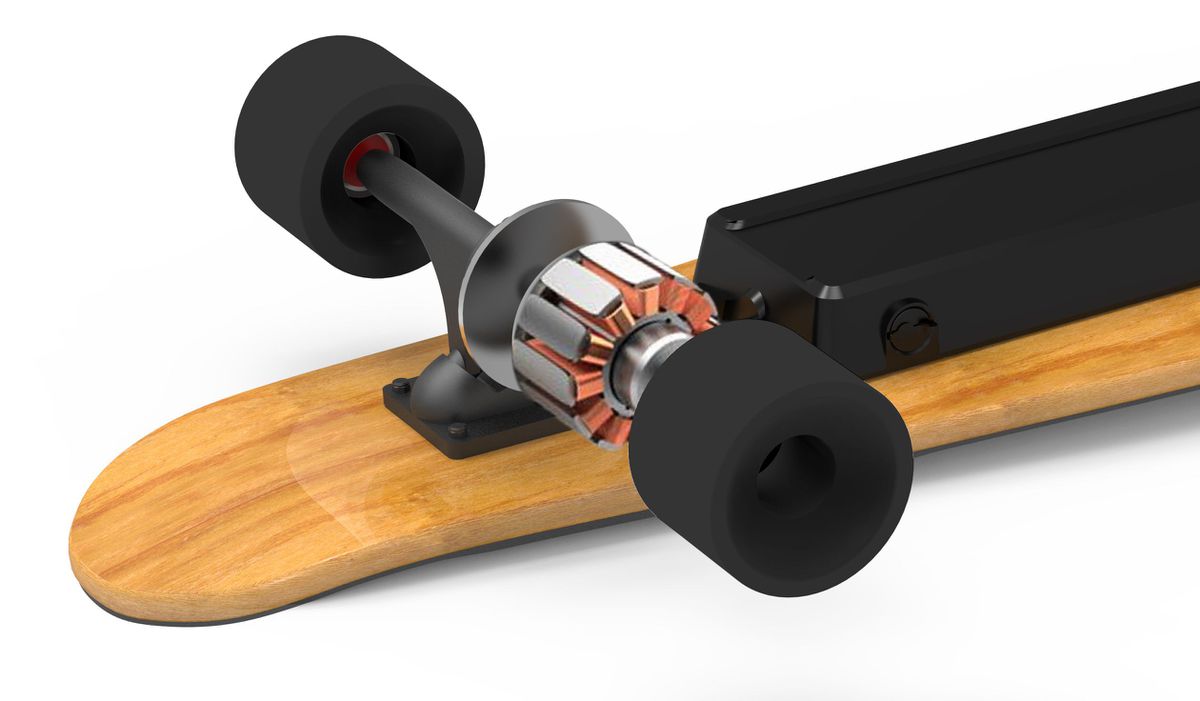 The Cruze has no remote control. Instead, you control the Cruze by stepping on a sensor on the back end of the board.

The mechanism is confusing at first, but makes more sense as you practice. There are three speed options (or “gears”) of roughly 3.7, 7.5, and 11.2 miles per hour, depending on your weight. To accelerate from one gear to the next, you have to lift and lower your foot onto the sensor. If you’ve done that correctly, you should hear two beeps.

That’s a lot of loud beeping, which can garner some weird looks, but hey: It’s better than falling off. 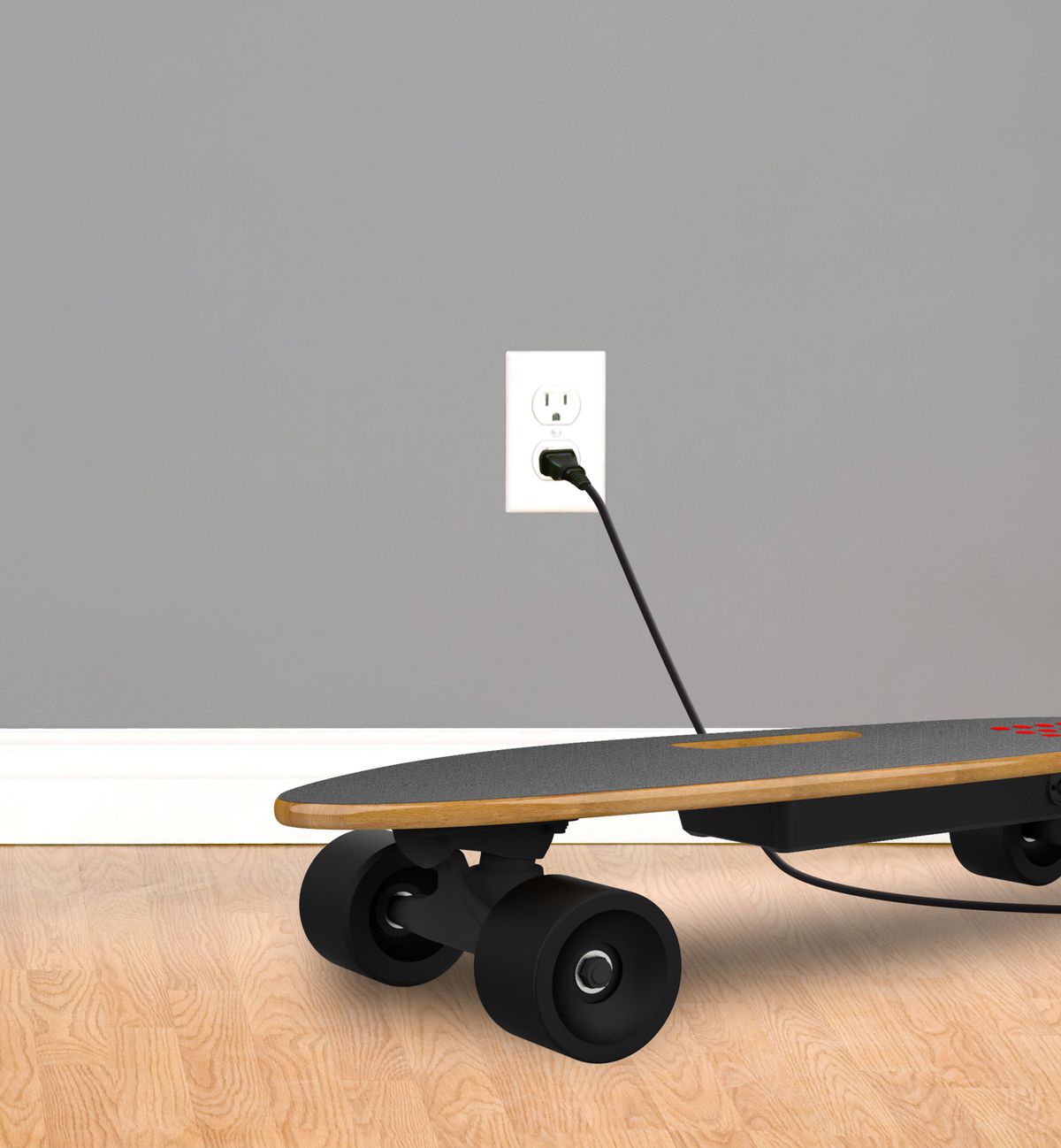 The board has two riding “modes”, which are easily toggled by a button at the bottom.

“Cruising mode” is like cruise control in your car: When you accelerate the board, it’ll stay at that speed until you stop it manually (with your feet, the way you would a non-electric skateboard). In “braking mode,” which is more difficult to master, lifting your foot from the sensor will cause the board to gradually decelerate. The board is in “cruising mode” by default, and a button on the bottom toggles between them.

While it’s more difficult to use, I’d recommend that you ride in “Braking Mode” when you can. The sensor occasionally loses track of your foot, and it’s safer to have the board slow down without warning than speed up without warning.

Cruze can travel up to 9.3 miles on a fully charged battery, also subject to change based on terrain, weight, and speed. 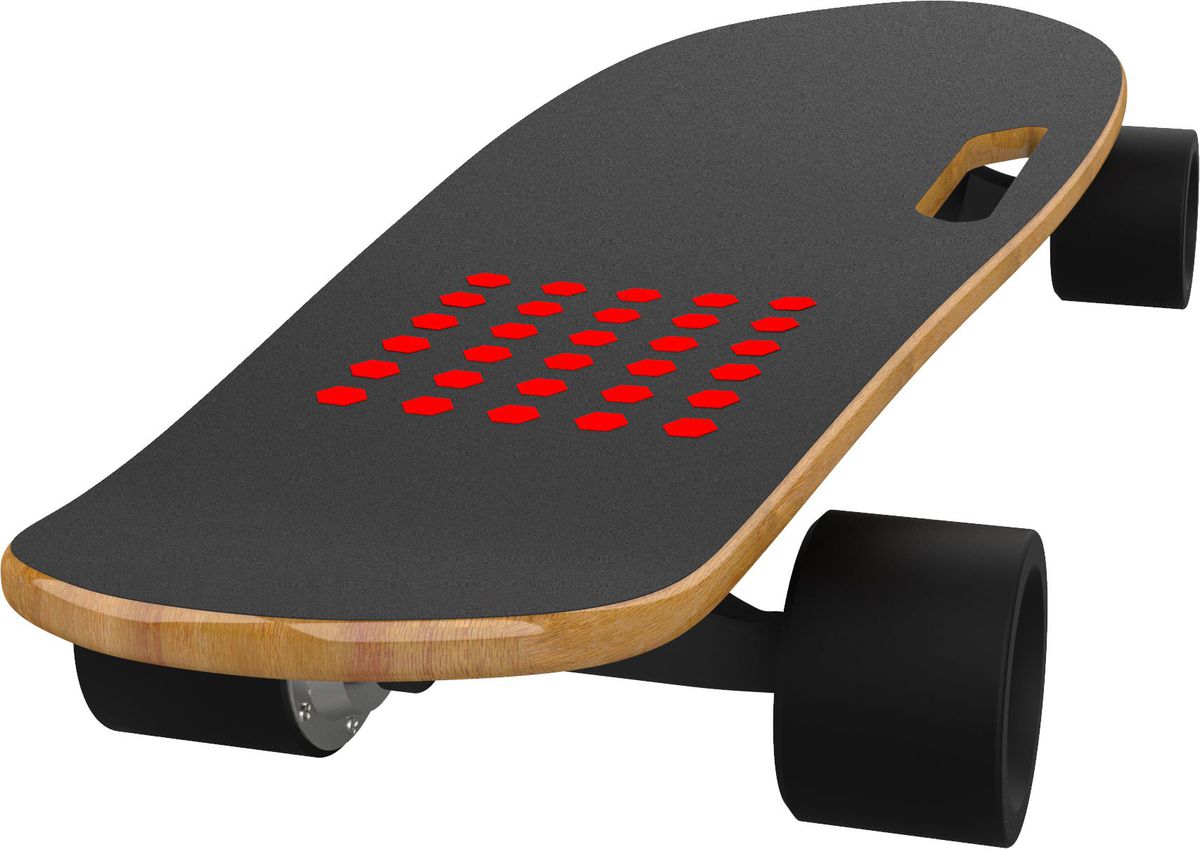 The foot sensor is demarcated by a patch of red dots.

My favorite thing about this board is that I never feel like I’m going to die when it starts, speeds up, or slows down. In my time riding it, I have never experienced an abrupt jerk, stop, start, or acceleration.

It has some trouble with inclines. It claims it can handle inclines of up to 12 degrees, which is barely uphill. But I found myself having to kick occasionally even on smaller inclines.

If you’re in a city or park on flat ground, however, it’s a great ride. It handles cracks and rougher terrain well. It’s easy to control, and an incredibly smooth ride. 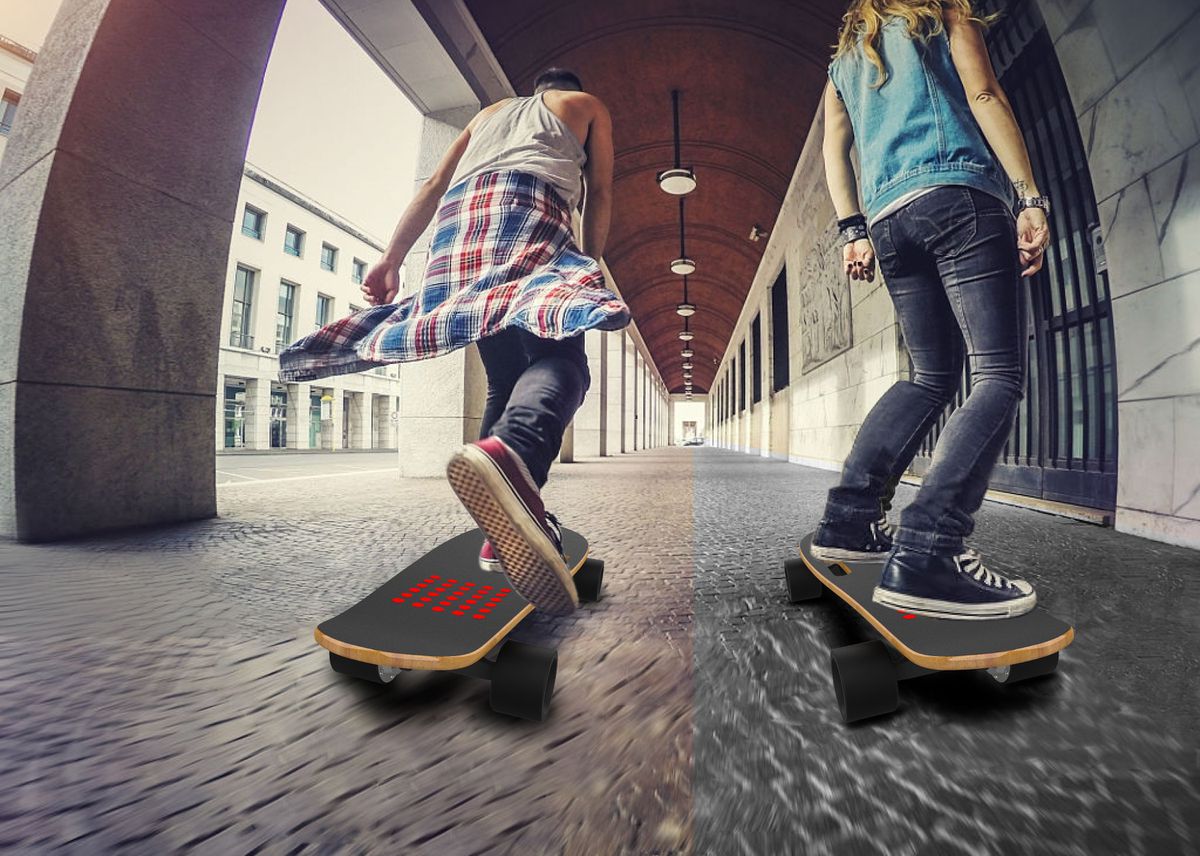 Cruze can’t go nearly as fast as its top competitors, (the $1450 GT Bamboo Street clocks in at 22 miles per hour, for example) but this isn’t the biggest issue in the environments this board is ideal for. A speed beyond 12 miles per hour is reasonably dangerous and impractical in an urban environment — I never found myself wanting to use the fastest setting, though I sometimes got there accidentally.

The sensor is very, very sensitive, and that takes some getting used to.

Skateboarding is all about shifting your weight to different parts of your feet, and between your feet. When I was starting out with the Cruze, I found that when I shifted any weight off my back foot, the sensor would beep, thinking I was lifting my foot. This meant the board accelerated up to maximum speed (faster than I was comfortable going on a crowded sidewalk) very quickly in Cruising Mode, and slowed to a stop very quickly in Braking Mode.

There’s a learning curve. Depending on how you ride, you may need to adjust how much weight you shift, or even switch your feet.

For this reason, I would not recommend the board for beginner boarders, as repeatedly lifting your back foot is difficult to do for newer skateboarders, and getting accustomed to the sensor’s sensitivity takes a lot of practice even for veteran boarders like me. I also would not recommend it, as I noted earlier, for anyone riding in hilly terrain.

But aside from the sensor problems, Cruze is a great concept and an innovative new idea from a young inventor at an affordable price.