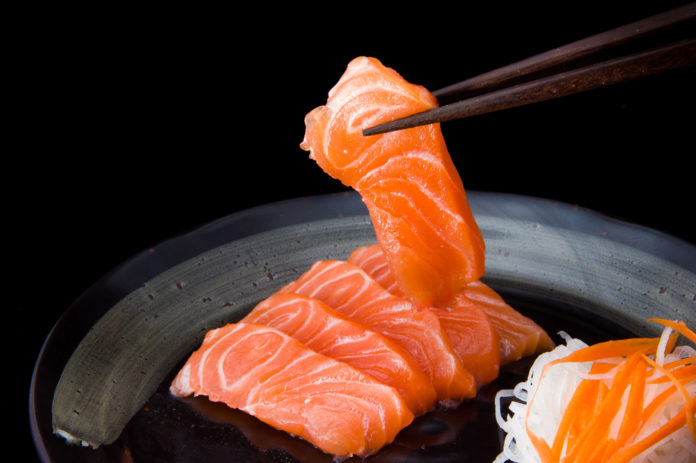 A Fresno, Calif. man is rethinking his diet after one of his favorite dishes came back to bite him in the butt.

Dr. Kenny Banh who works in the emergency room in the Community Regional Medical Center in Fresno shared a horrifyingly fascinating story about one of his patients on a recent episode of “This Won’t Hurt a Bit,” a podcast where experts of medicine share strange and fascinating medical stories.

As Banh explained, a young man came into the emergency department complaining of bloody diarrhea. He also specifically asked to be treated for a tapeworm. Banh said he’s seen patients who think they have a tapeworm, but their fears are often unwarranted. But this time, Banh’s patient had proof.

“I see next to him he’s got this little grocery bag, plastic bag, sitting next to him. I said, ‘I hope it’s not a stool sample.” He goes, ‘No. It’s the worm,” Banh explained on the show.

Banh peeked inside the bag. Sure enough, there was a tapeworm wrapped around a cardboard toilet paper tube.

The patient, Banh said, had been quite worried. After using the bathroom, he noticed blood in his stool. He also noticed something else hanging out of his rear. The man, fearing this strange new appendage was actually a piece of his intestines, gave it a tug. And he kept tugging. 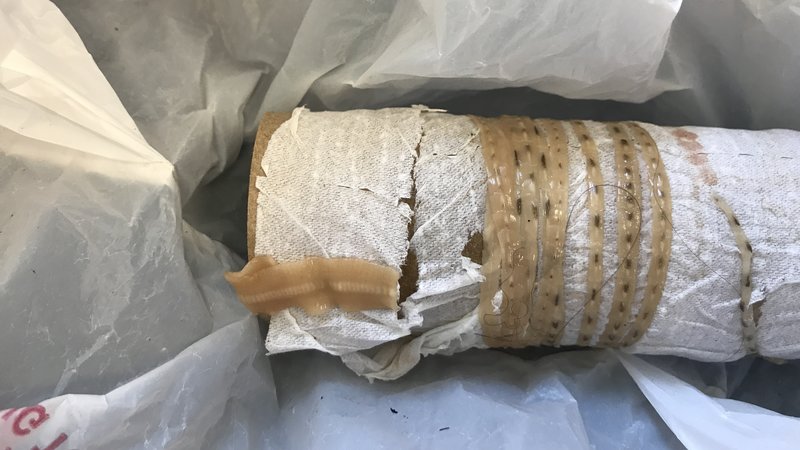 When he picked it up to examine what had just exited his body, it moved.

The patient, relived his entrails weren’t falling out, coiled the worm onto a cardboard tube and went to the hospital. Banh said the worm, known generally as a helminth, stretched to a length of 5 feet, 6 inches. How the tapeworm entered the patient’s body stumped Banh, until the patient revealed he absolutely loves eating salmon sashimi, a raw fish dish that’s a Japanese delicacy.

Several salmon species are the principle sources of Diphyllobothrium nihokkaiense, or the Japanese broad tapeworm. It was previously thought that this parasite was a problem unique to Asia, but in 2017 the Centers for Disease Control warned that North American fisheries were also at risk. They published a study that showed wild salmon harvested in Alaska were also plagued by the parasite.

“Our main intent is to alert parasitologists and medical doctors about the potential danger of human infection with this long tapeworm resulting from consumption of infected salmon imported (on ice) from the Pacific coast of North America and elsewhere,” the CDC researchers wrote.

Salmon are typically caught and shipped on ice, rather than frozen. Therefore, tapeworm larvae can survive their trip from the ocean to your sushi plate. Cooking salmon or freezing it is enough to kill the parasite.

While the thought of a 6-foot tapeworm calling your insides home is haunting, tapeworms typically aren’t a major threat to your health. Oftentimes, they can dwell inside the intestine for years undetected. In rare cases, a tapeworm might cause gall bladder disease, obstruct sections of the intestine or cause a vitamin B12 deficiency.

Treating a tapeworm is very simple. A patient takes one dose of a de-worming medication, and that’s usually enough to kill them all.

Banh confirmed that the patient will probably avoid sashimi for now.